A pair of galaxies in the final stages of merging • Earth.com

A pair of galaxies in the final stages of merging 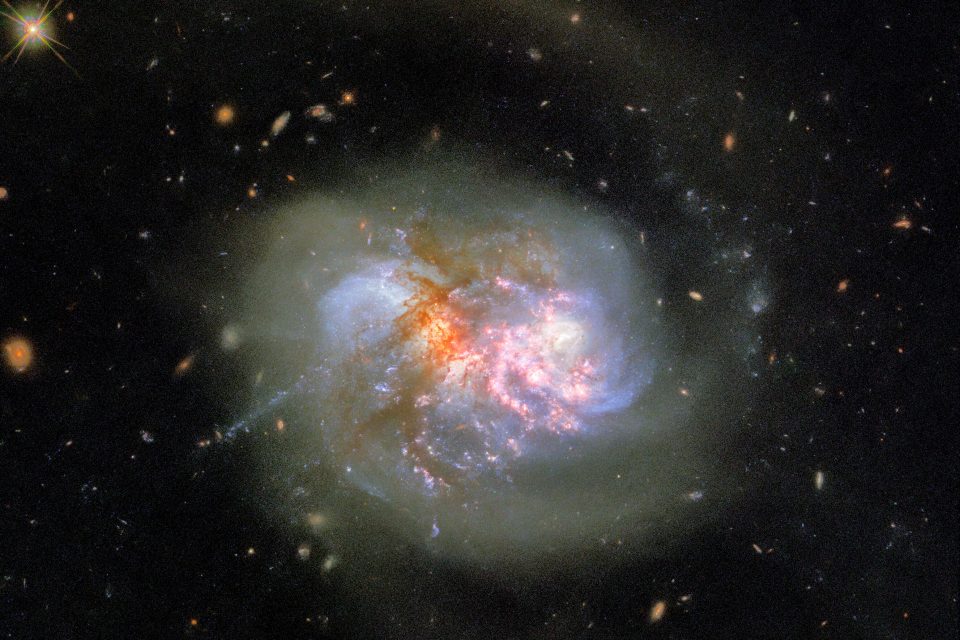 A pair of galaxies in the final stages of merging Today’s Image of the Day from the European Space Agency features two large galaxies that are in the process of colliding and merging. The interacting pair of galaxies, known as IC 1623, is located about 275 million light-years away in the constellation Cetus.

“The two galaxies are in the final stages of merging, and astronomers expect a powerful inflow of gas to ignite a frenzied burst of star formation in the resulting compact starburst galaxy,” reports ESA.

The image of IC 1623 was produced using new data from Wide Field Camera 3 on the Hubble Space Telescope. The scientists combined observations captured with eight filters spanning infrared to ultraviolet wavelengths. North America is a continent entirely within the Northern Hemisphere and almost all within the Western Hemisphere. It can also be described as the northern subcontinent of the Americas. It is bordered to the north by the Arctic Ocean, to the east by the Atlantic Ocean, to the southeast by South America and the Caribbean Sea, and to the west and south by the Pacific Ocean. Because it is on the North American Tectonic Plate, Greenland is included as part of North America geographically. North America covers an area of about 24,709,000 square kilometers (9,540,000 square miles), about 16.5% of the Earth’s land area and about 4.8%

Going forward, the James Webb Space Telescope will provide an even more detailed look at the galaxy pair. Hubble scientists hope that the new telescope “will shed more light on the processes powering extreme star formation in environments such as IC 1623.”