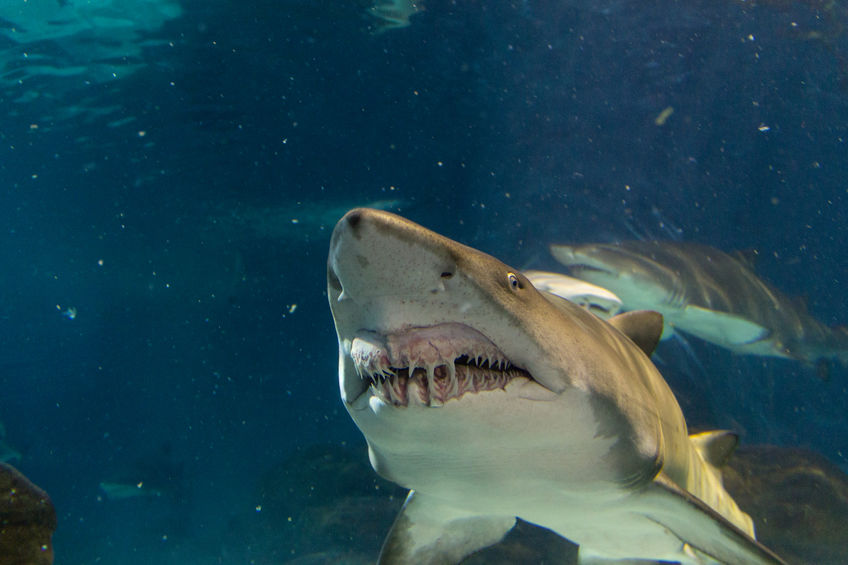 His teeth are more jagged than most other types of sharks, which makes him look ferocious even though he is not implicated in attacks on people.

Therefore very little is known of the biology and behavior of the smalltooth sand tiger.

This species is thought to be  like other mackerel sharks.

Concern that its numbers are declining due to human activities in the Mediterranean and elsewhere, though existing data is inadequate for a full assessment of its conservation status.

The fins are broad-based and angular in shape.

First dorsal fin is larger than the second and placed closer to the pectoral fins than the pelvic fins.