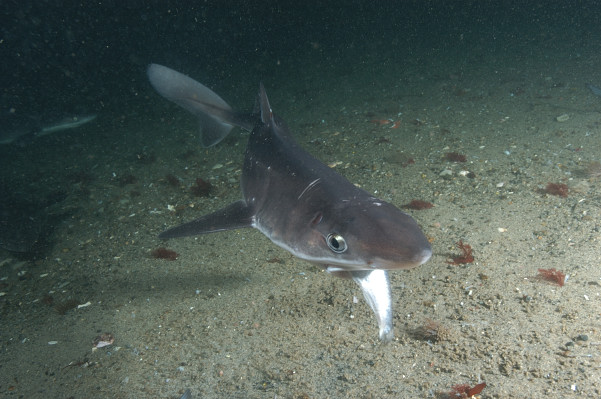 This Cuban dogfish was spotted during the morning dive on September 27 on Charleston Bump.

It is found in the Western Atlantic.

t is a slim, gray shark with black tips to its dorsal fins black and at the edges of its pectoral fins, its pelvic and caudal fins are white; It possess a spine at front edge of each of its two dorsal fans. It probably feeds on bottom fishes and invertebrates. The isopod parasites which commonly infest the mouth and gills of marine fish are unusually large in the Cuban dogfish. Its reproduction is ovoviviparous, with 10 pups in a litter. It is not generally used for food, but taken commercially for the oil and vitamins extracted from its liver.