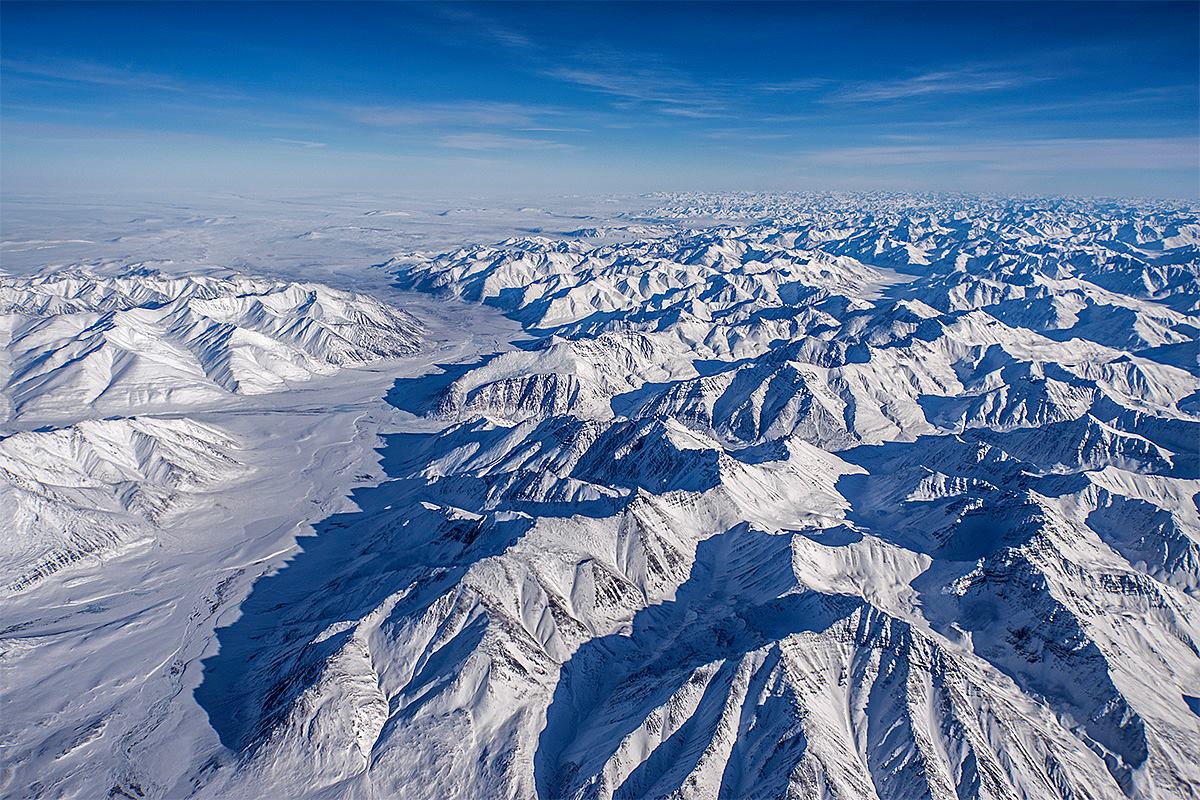 The Brooks Range (Athabaskan Gwazhał ) is a mountain range in far northern North America stretching some 700 miles (1,100 km) from west to east across northern Alaska into Canada’s Yukon Territory. Reaching a peak elevation of 8,976 feet (2,736 m) on Mount Isto, the range is believed to be approximately 126 million years old.
In the United States, these mountains are considered an extension of the Rocky Mountains, whereas in Canada they are considered separate, the northern border of the Rocky Mountains regarded as the Liard River far to the south in the province of British Columbia.
While the range is mostly uninhabited, the Dalton Highway and Trans-Alaska Pipeline System run through the Atigun Pass (1,415 m, 4,643 ft) on their way to the oil fields at Prudhoe Bay on Alaska’s North Slope. The Alaska Native villages of Anaktuvuk and Arctic Village, as well as the very small communities of Coldfoot, Wiseman, Bettles, and Chandalar, are the range’s only settlements. In the far west, near the Wulik River in the De Long Mountains is the Red Dog mine, the largest zinc mine in the world.
The range was named by the United States Board on Geographic Names in 1925 after Alfred Hulse Brooks, chief USGS geologist for Alaska from 1903 to 1924.