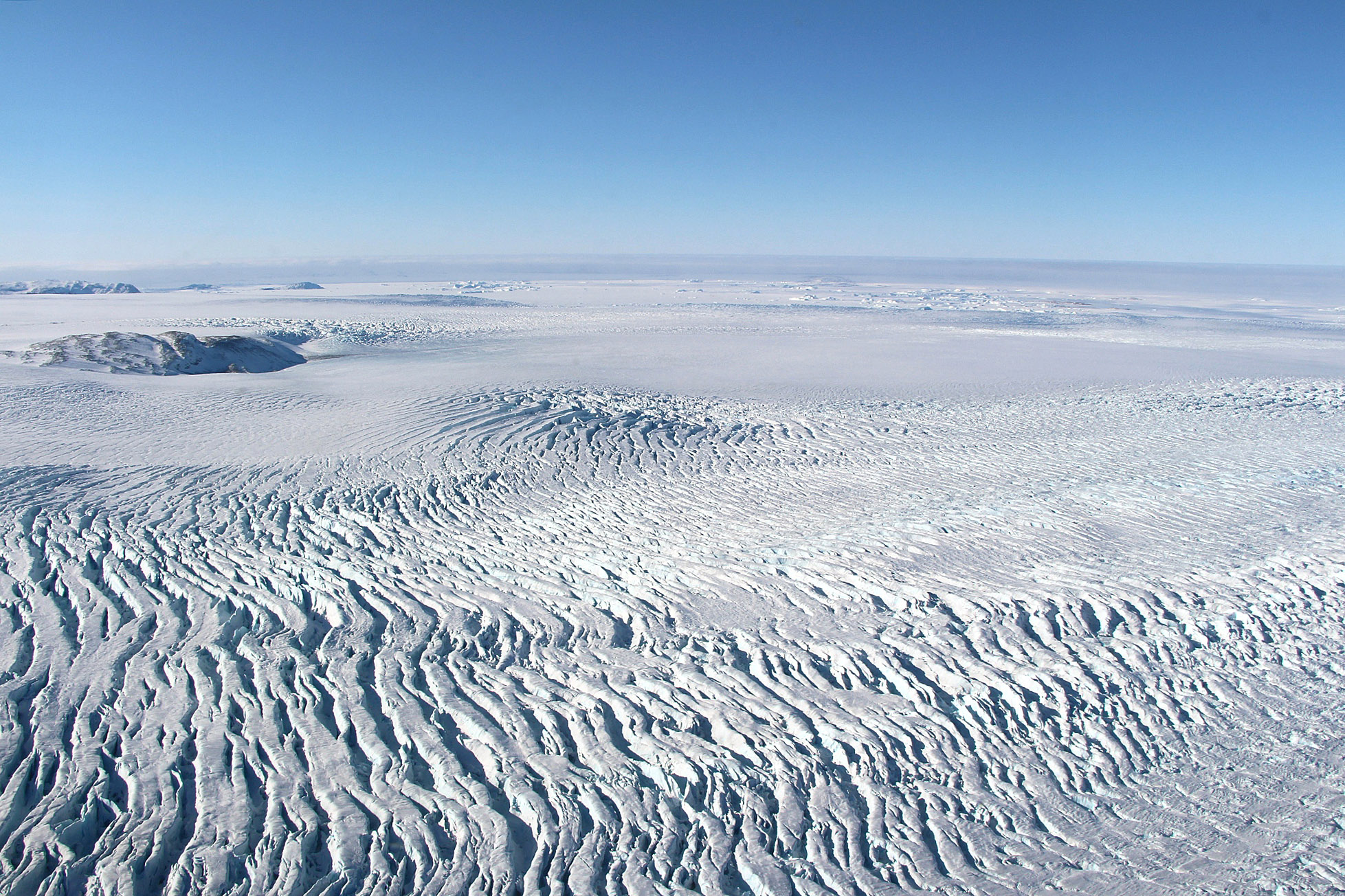 Scientists and crew with NASA’s Operation IceBridge, which makes annual aerial surveys of polar ice, are wrapping up their seventh campaign over the Arctic. In spring 2015, the team began using a different research aircraft—an adapted C-130 Hercules. They also added four new high-priority targets in the rapidly changing region of northeast Greenland.

Many of the flights, however, were routine. And that’s exactly the point; making measurements over the same path each year provides continuity between NASA’s Ice, Cloud, and Land Elevation Satellite (ICESat) missions—the first of which ended in 2009 and the second of which is scheduled for launch in 2017. Repeat measurements show how a landscape changes over time.

A moulin in Greenland. Credit: NASA

One area that has been surveyed repeatedly is northern Greenland’s Ryder Glacier. The bottom photograph, taken during the IceBridge flight on May 6, 2015, shows a large moulin—dozens of meters across—atop this glacier. Moulins are holes in the ice sheet that drain melt water from the ice sheet’s surface to the bottom or out to the sea. Scientists are working to figure out what happens to melt water once it enters a moulin.

The top photograph, acquired on May 1, 2015, shows heavy crevassing near the coast of Melville Bay in west Greenland. These cracks are essentially stretch marks on the ice, which occur here because the ice is accelerating as it flows toward the coast.

Coastal fog is visible in the distance. Fog is a common occurrence in mid-spring and summer, when rapidly melting sea ice offshore gives up its moisture to winds that carry it inland.

These images were not produced with the lasers, radar, and other instruments flying on the aircraft. (Check out the mission page for content like that.) Rather, IceBridge scientist John Sonntag captured these scenes with a handheld digital camera while looking out the aircraft window.

The spring campaign continues until May 22. Flights resume in October and November over Antarctica.