All Quiet At Holuhraun Lava Field 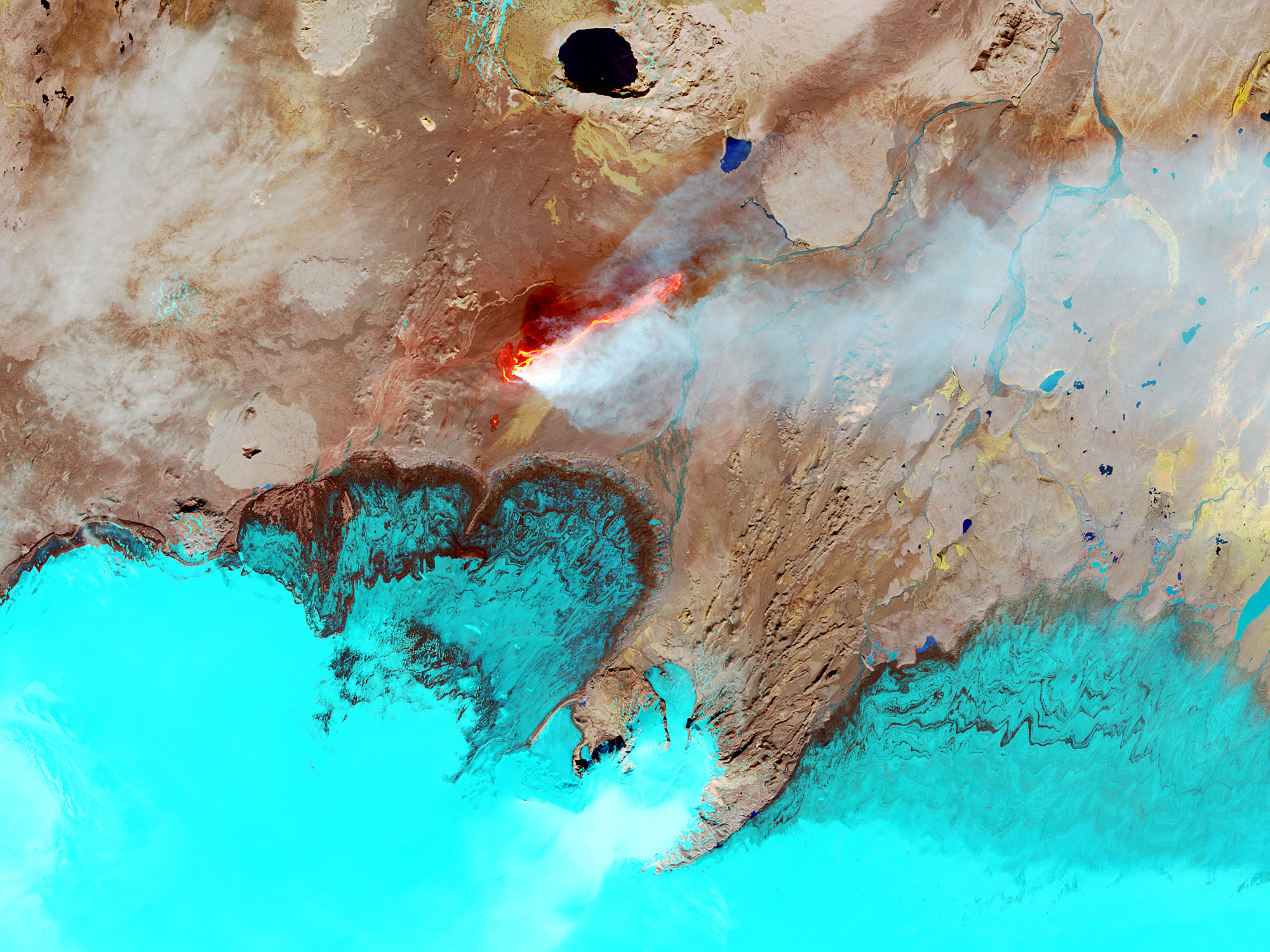 The Operational Land Imager (OLI) on Landsat 8 captured this pair of false-color images of the Holuhraun lava field. The images combine shortwave infrared, near infrared, and red light (OLI bands 6-5-4) to better show variations in the temperature of the lava. This particular band combination also makes it easier to see through the plume of steam and gas rising from the fissure.

In the image from April 2, 2015 (top), snow blanketed the surrounding landscape but the lava field (black) remained warm enough to prevent significant accumulation. For comparison, the second image shows Holuhraun on September 6, 2014, in the early days of the eruption. Newly-formed basaltic rock is black. Fresh lava is bright orange.

On February 28, 2015, Icelandic authorities declared the eruption over. Since August 2014, the eruption has produced a lava field that covers 85 square kilometers (33 square miles). The average thickness of the field is 10 to 14 meters (33 to 46 feet), and nearly 1.4 cubic kilometers (0.3 cubic miles) of lava (by volume) extruded from the Earth.

The eruption created a number of features — the lava field and several craters — that local authorities are now in the process of naming. A new lake will likely form when summer melt water runs off of nearby Vatnajokull glacier.

While fresh lava has stopped flowing from Holuhraun, it is possible that activity could resume. One volcanologist monitoring the area has noted that Bardarbunga’s caldera, which fed the Holuhraun eruption, has started rising, a sign that magma may be accumulating in the magma chamber again.