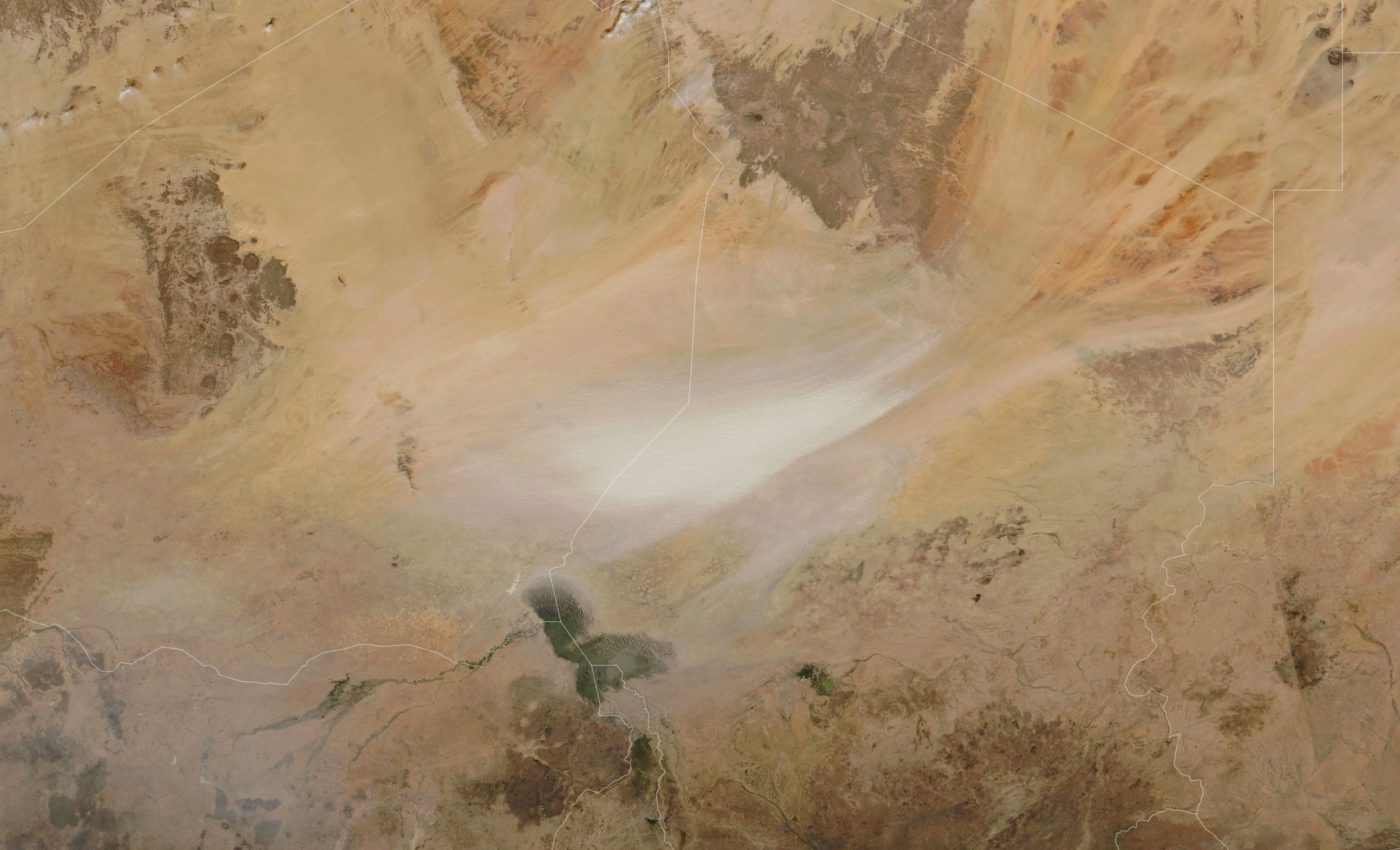 It is estimated that dust storms are kicked up in this region 100 days each year. The dust is mobilized by strong winds that funnel through a break in the Tibesti and Ennedi massifs.

According to NASA, Bodélé dust is mostly comprised of particles of quartz and the remains of ancient diatoms – microscopic organisms that originated about 7,000 years ago in Lake Mega Chad.

The image was captured on January 20, 2021 by the Visible Infrared Imaging Radiometer Suite (VIIRS) on the NOAA-20 spacecraft.

The Bodélé Depression located at the southern edge of the Sahara Desert in north central Africa, is the lowest point in Chad. Its bottom lies about 155 meters above sea level. The dry endorheic basin is a major source of fertile dust essential for the Amazon rainforest.

Dust storms from the Bodélé Depression occur on average about 100 days per year, one typical example being the massive dust storms that swept over West Africa and the Cape Verde Islands in February 2004. As the wind sweeps between the Tibesti and the Ennedi Mountains in Northern Chad, it is channeled across the depression. The dry bowl that forms the depression is marked by a series of ephemeral lakes, many of which were last filled during wetter periods of the Holocene.

Diatoms from these fresh water lakes, once part of Mega-Lake Chad, now make up the surface of the depression and are the source material for the dust, which, carried across the Atlantic Ocean, is an important source of nutrient minerals for the Amazon rainforest.