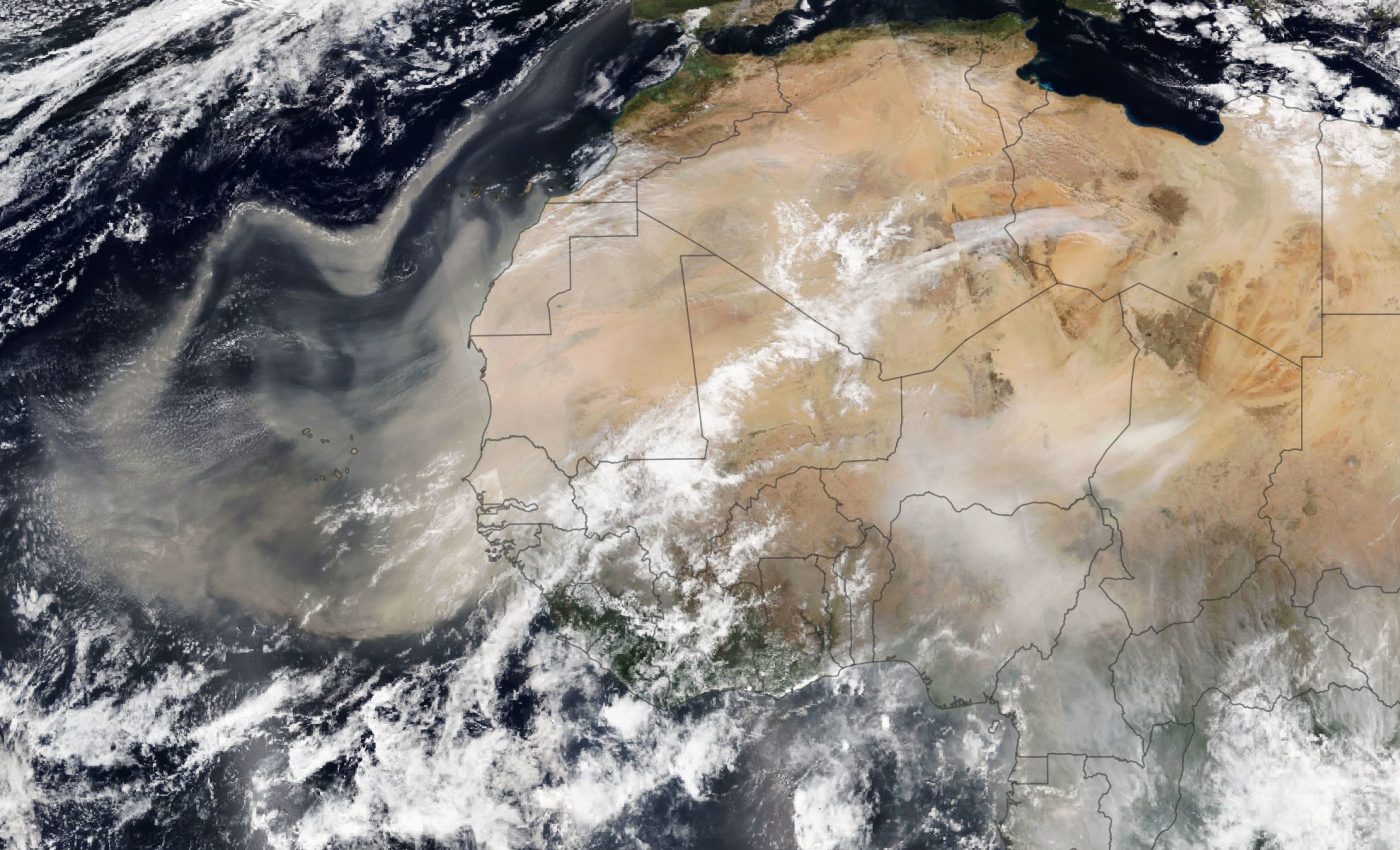 Every year, strong seasonal winds mobilize more than 180 million tons of dust that blows out of the Sahara desert in North Africa

This dust is well-known for making long trips across the Atlantic Ocean toward America, but it also travels in other directions as well.

When this photo was taken on February 18, 2021, the dust appears widespread as it moves in the direction of Europe. Sahara dust plume moves toward Europe

Parts of Spain have been forecast to see “mud rain” as the dust plume interacts with a weather front. According to NASA, the dust storm follows an intense event earlier in the month that coated the snow on the Pyrenees and Alps and turned skies orange in France. Europe is a continent located entirely in the Northern Hemisphere and mostly in the Eastern Hemisphere. It comprises the westernmost part of Eurasia and is bordered by the Arctic Ocean to the north, the Atlantic Ocean to the west, the Mediterranean Sea to the south, and Asia to the east. Europe is commonly considered to be separated from Asia by the watershed of the Ural Mountains,