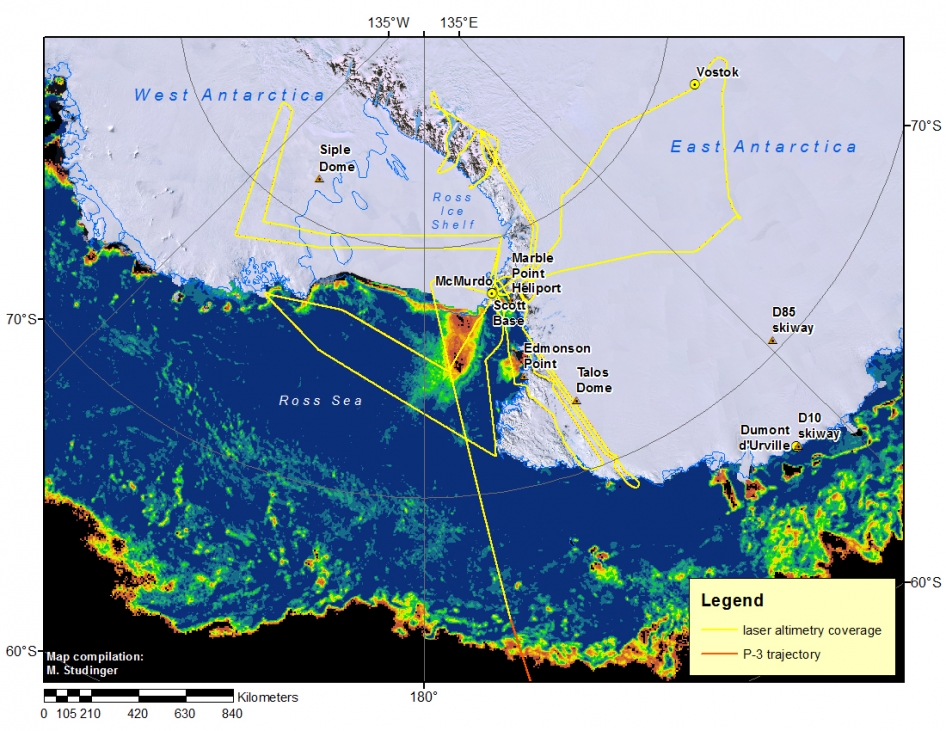 The collection includes over 300 maps and charts that encompass approximately 6,000 flight lines that have been flown over Antarctica by the U.S. Navy since 1946. Flight line maps in digital format allow users to identify flight and frame numbers over their area of interest to facilitate the search for single frame images.

The Antarctic maps and charts were produced by the United States and member nations of the Scientific Committee on Antarctic Research (SCAR). The majority of the maps are USGS Antarctica 1:250,000 Reconnaissance Series topographic maps compiled from U.S. Navy aerial photographs. These maps were prepared, edited, and published by the USGS in cooperation with the National Science Foundation. The collection of maps covers 93 regions across Antarctica with multiple versions for areas that have extensive aerial coverage. Therefore the coverage is shown by aerial imaging and Antarctic 2013 Flight Lines.