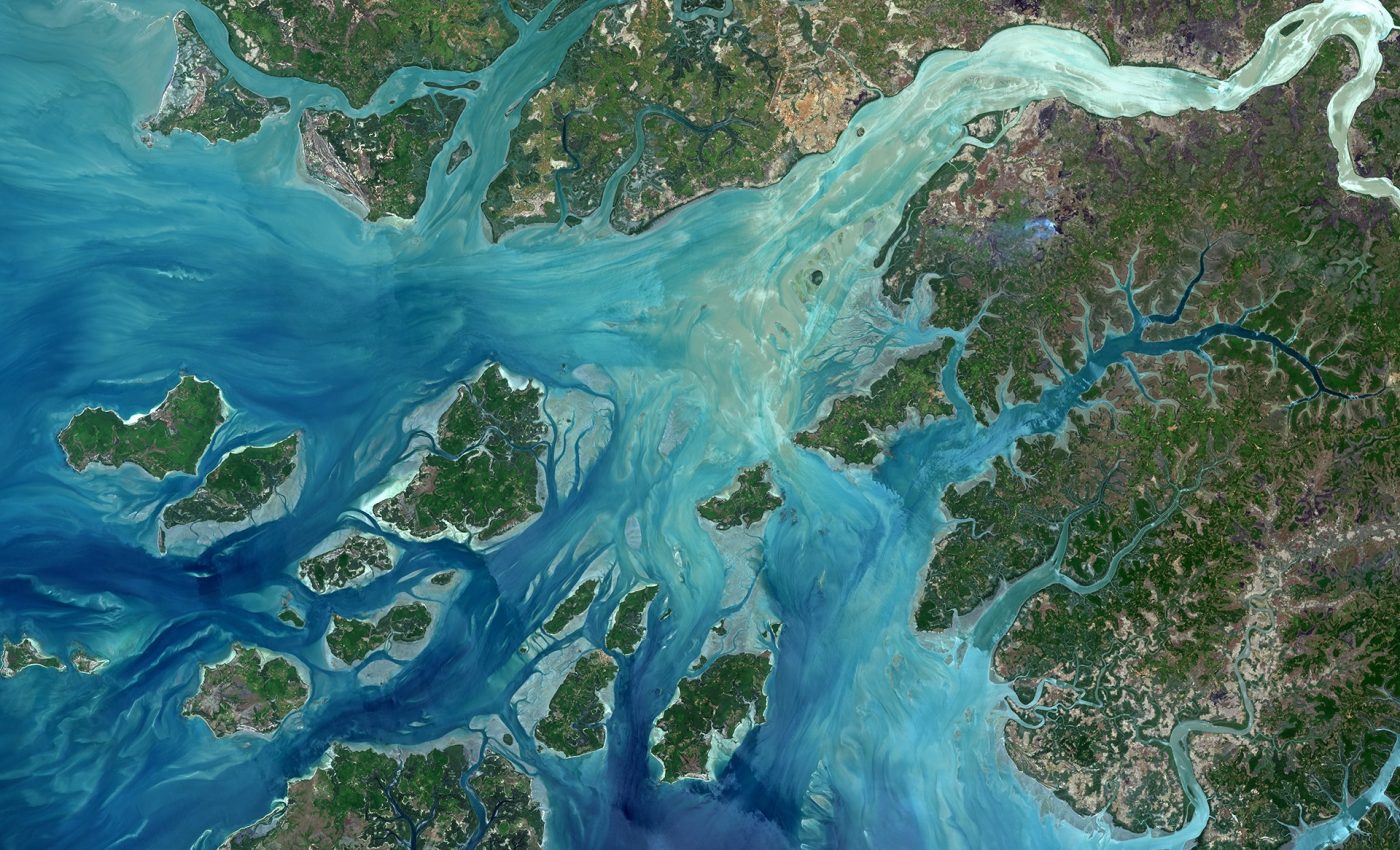 The country’s capital city of Bissau is located on the Geba, which flows from the east into the ocean.

An archipelago of over 80 islands and islets, the Bissagos Islands, are visible off the coast of Guinea-Bissau. In 1996, the archipelago was declared a UNESCO Biosphere Reserve.

The region is known for incredible wildlife, including rare species such as the Nile crocodile, hippopotamus, and the African manatee. The islands also serve as an an important site for endangered green sea turtles.

Guinea-Bissau was once part of the kingdom of Kaabu, as well as part of the Mali Empire  Parts of this kingdom persisted until the 18th century, while a few others were under some rule by the Portuguese Empire since the 16th century. In the 19th century, it was colonised as Portuguese Guinea. Upon independence, declared in 1973 and recognised in 1974, the name of its capital, Bissau, was added to the country’s name to prevent confusion with Guinea (formerly French Guinea). Guinea-Bissau has a history of political instability since independence, and only one elected president (José Mário Vaz) has successfully served a full five-year term. The new president is Umaro Sissoco Embaló, who was elected on 29 December 2019