Aquaculture is booming in Andhra Pradesh 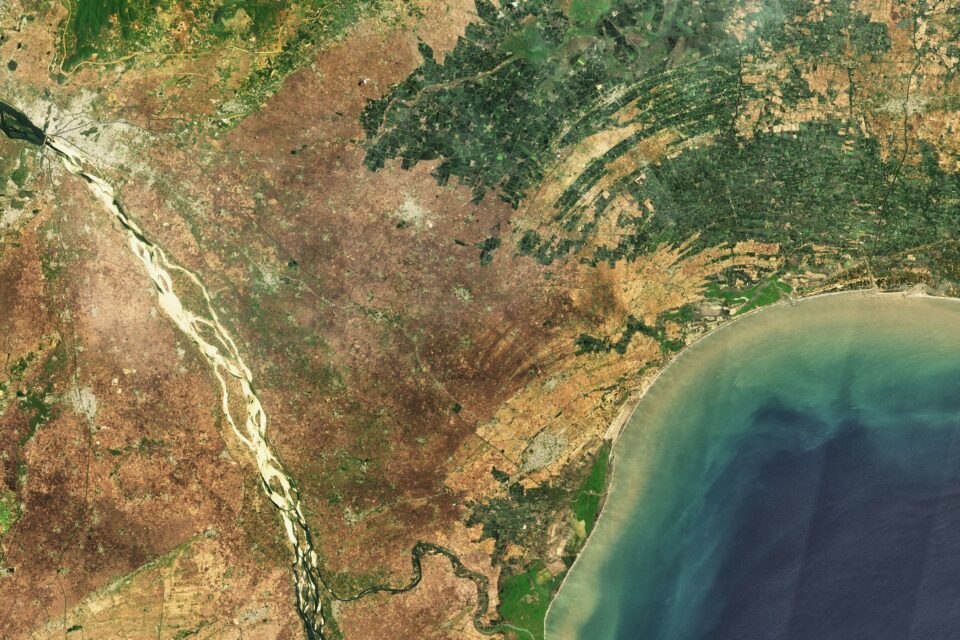 Satellite imagery shows that aquaculture was scarce in the region as recently as the mid-1980s. But now, shrimp, carp, catfish, and other types of fish are being farmed.

Aquaculture is booming in Andhra Pradesh According to NASA, Andhra Pradesh has become one of India’s largest producers of farmed fish and shrimp.  The National Aeronautics and Space Administration is an independent agency of the U.S. federal government responsible for the civilian space program, as well as aeronautics and space research.  Andhra Pradesh is a state in the south-eastern coastal region of India. It is the seventh-largest state by area covering an area of 162,975 km (62,925 sq mi) and tenth-most populous state with 49,386,799 inhabitants. It is bordered by Telangana to the north-west, Chhattisgarh to the north, Odisha to the north-east, Tamil Nadu to the south, Karnataka to the west and the Bay of Bengal to the east. It has the second longest coastline in India after Gujarat, of about 974 km (605 mi). Andhra Pradesh is the first state to be formed on a linguistic basis in India on 1 October 1953.

A recent study reports that India’s shrimp farming sector lost up to $1.5 billion last year as a result of the pandemic.

In the image, which was captured by the Operational Land Imager (OLI) on Landsat 8, aquaculture ponds appear dark green and farmland is generally brown.