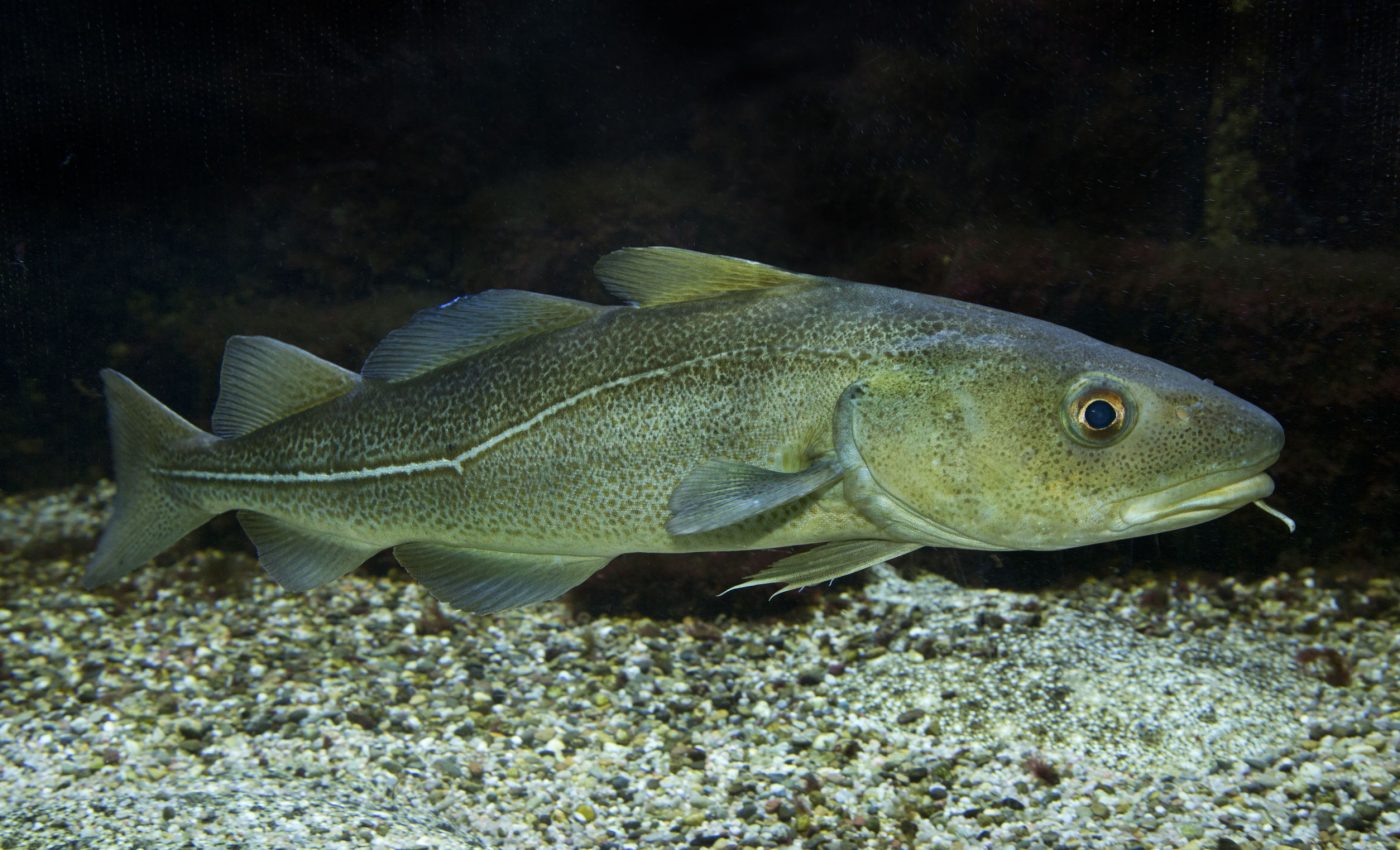 Therefore the Boreogadus saida, known as the polar cod or as the Arctic cod, is a fish of the cod family Gadidae, related to the true cod (genus Gadus).

Another fish species for which both the common names Arctic cod and polar cod are used is Arctogadus glacialis.

Also this fish has a slender body, a deeply forked tail, a projecting mouth, and a small whisker on its chin. It is plainly coloured with brownish spots and a silvery body.

It grows to a length of 40 cm (16 in). This species is found further north than any other fish (beyond 84°N) with a distribution spanning the Arctic seas off northern Russia, Alaska, Canada, and Greenland.