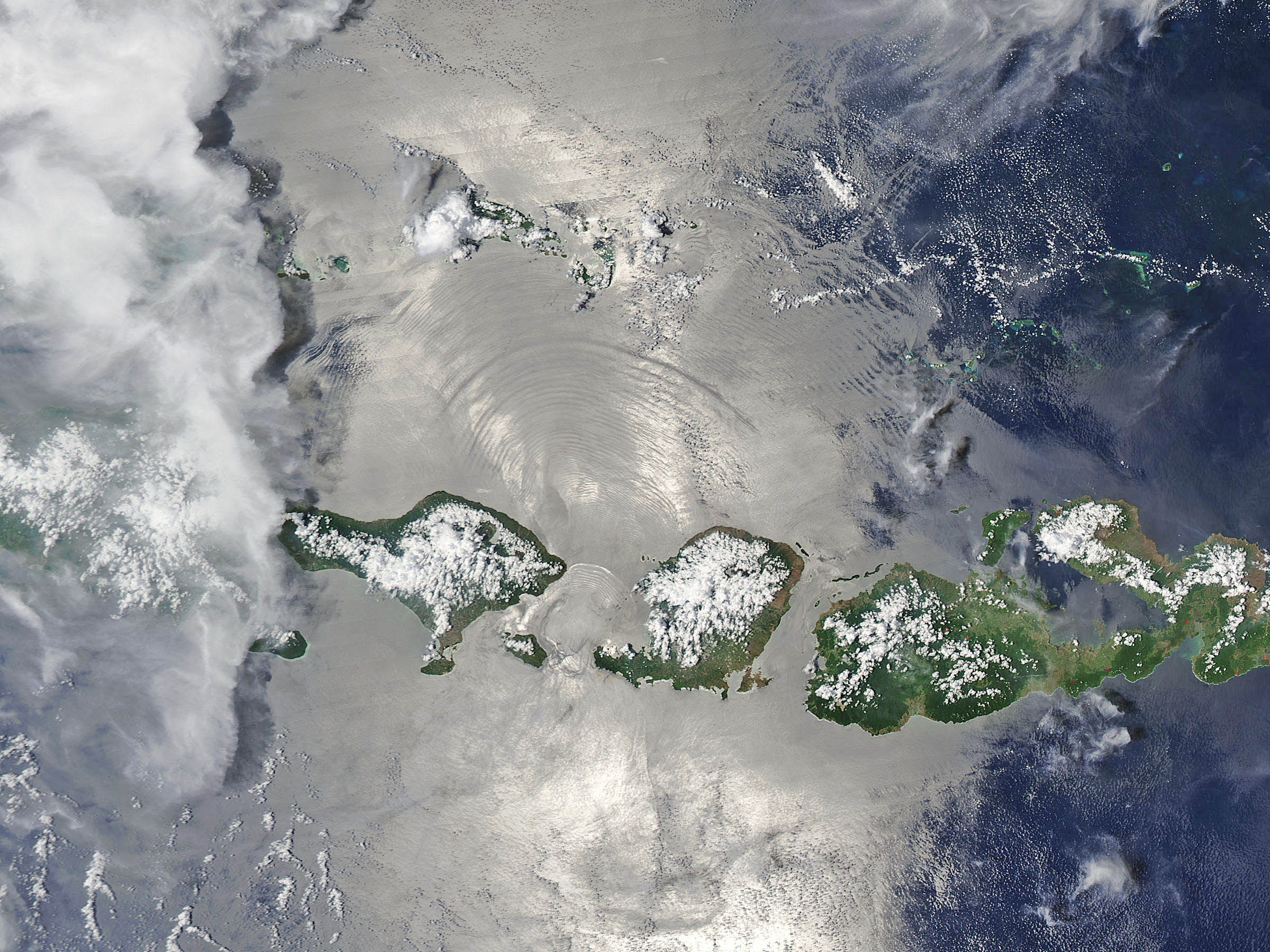 On November 1, 2016, NASA’s Aqua satellite passed over Indonesia, capturing a stunning image as it went.

The East Java was covered with a bank of clouds along the western edge of the picture, while the bright sun overhead cast shadows from the clouds along the ocean surface. The ocean surface appears a bright silver due to “sunglint,” an optical effect caused by the reflection of sunlight off the water surface hitting directly back at the satellite sensor. Although sunglint washes out some features, it also reveals details about the water surface that are usually hidden from view; this sunglint exposes the waves created by the movement of currents in the ocean water.

Internal waves are generated when the tidal flow passes over uneven ocean floors or ridges. The Lombok Strait, is a relatively narrow passageway between Bali (west) and Lombok (east), allows the flow of water from the Pacific Ocean into the Indian Ocean. The tides in the Strait have a complex rhythm but tend to combine about every 14 days to create a high tidal flow. It is the combination of rough topography, strong tidal currents, and stratified water from the ocean exchange that makes the Lombok Strait famous for it’s intense internal waves. 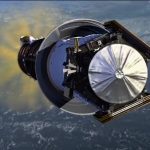 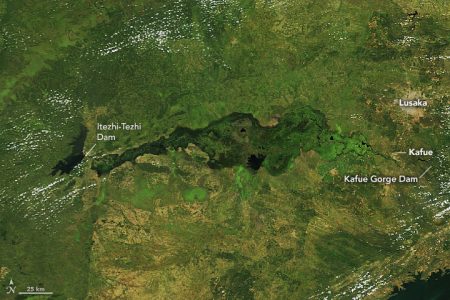