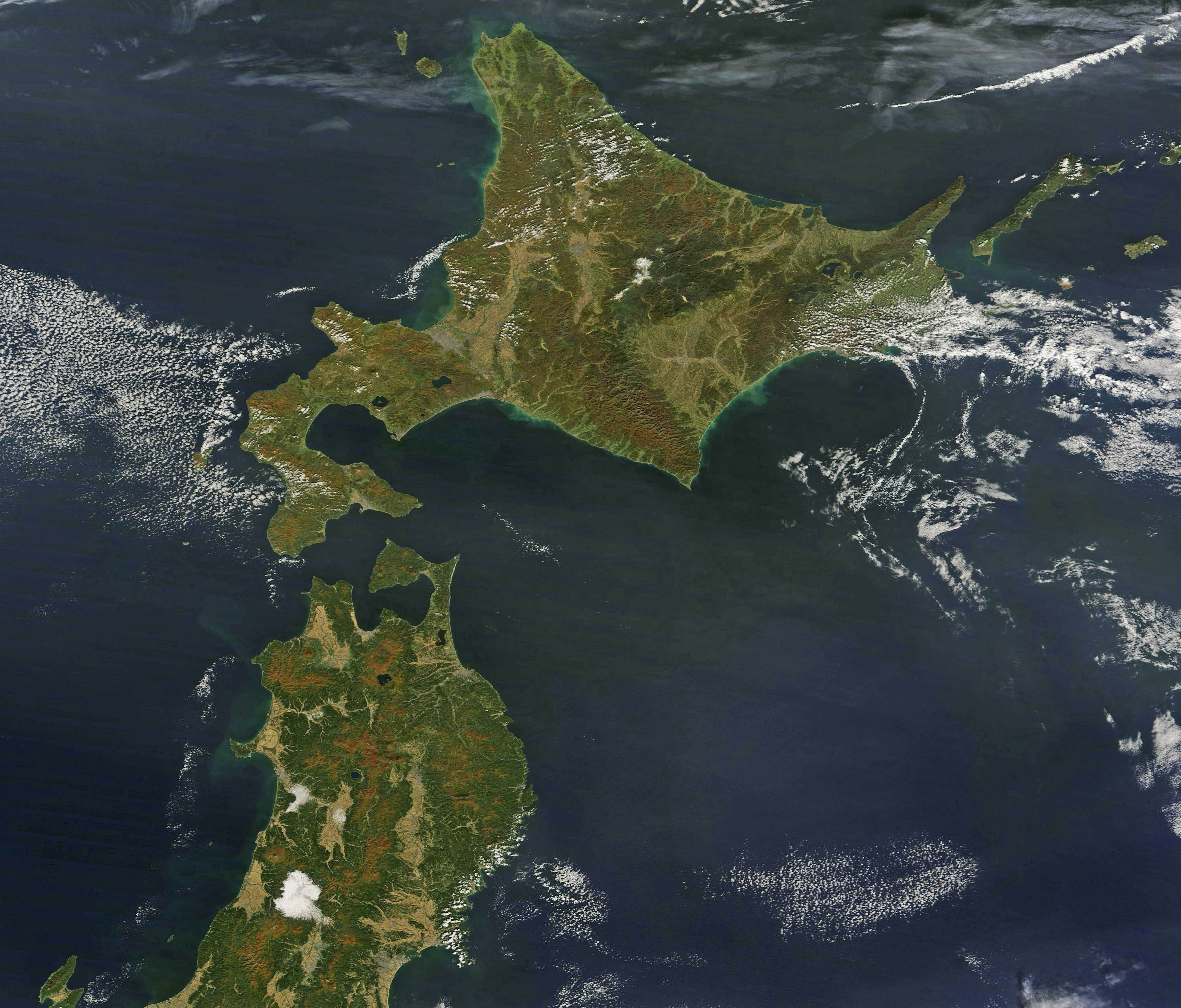 Autumn colors marked the deciduous forests of northern Japan in this shot captured by NASA on October 19.

The changing of leaf color from green to shades of yellow, orange, or red involves several reactions and causes, the primary triggers being sunlight and temperature. Daylight shortens and air temperature to drops first in higher latitudes; autumn colors first appear in leaves in the north, and the change progresses southward.

The northernmost island in this image is Hokkaido, where the leaves often begin to change color in mid-September, by late October most of the leaves have fallen to the ground. To the south lies the northern tip of Japan’s largest island, Honshu, where leaves change color from early October to early November. The colors in the image are brighter in Honshu, suggesting the color is at its peak, while the most faded colors on Hokkaido are more typical of colors that are past peak, or waning.