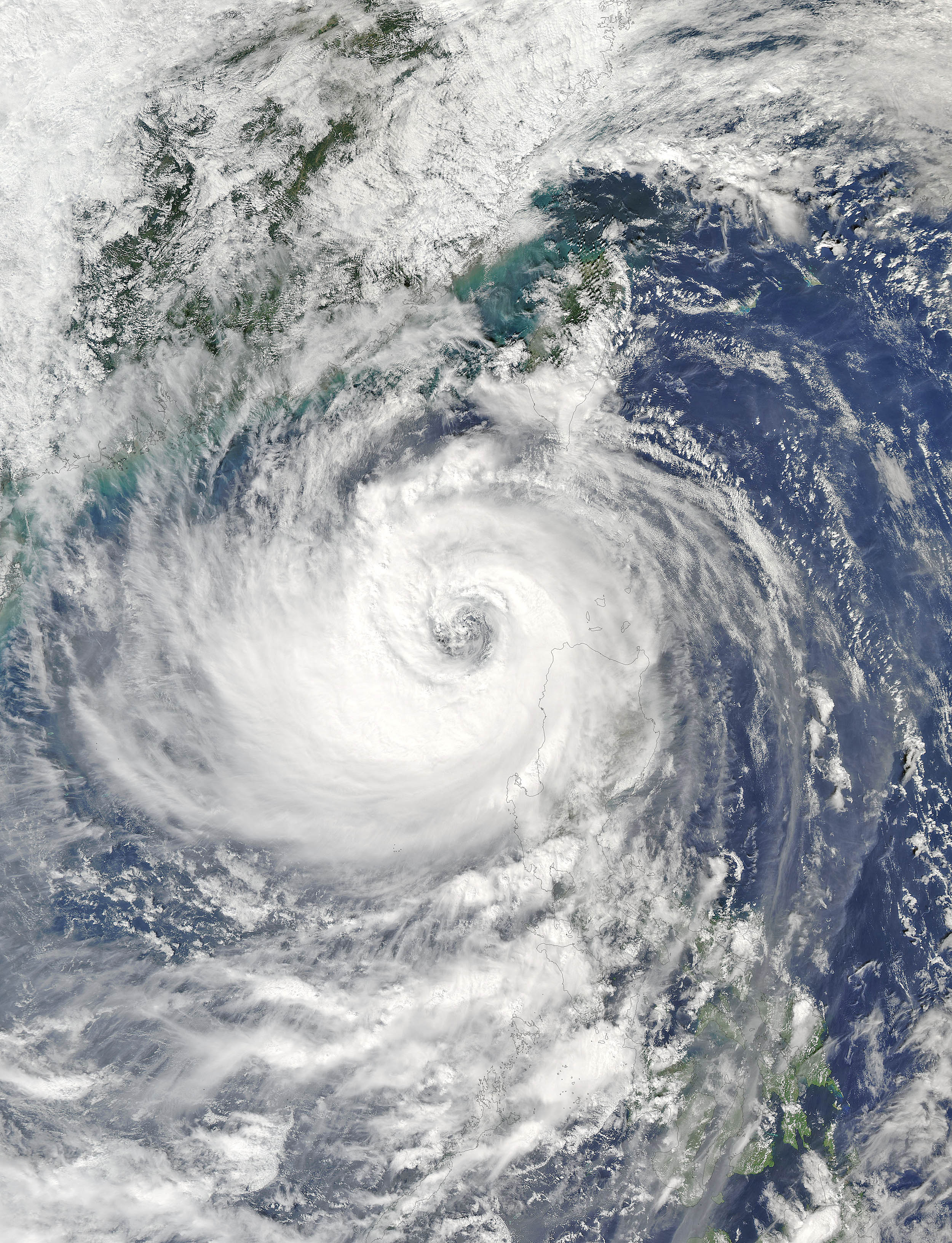 On October 20, 2016, the Moderate Resolution Imaging Spectroradiometer (MODIS) flying aboard NASA’s Aqua satellite captured a true-color image of Typhoon Haima (25W) as it moved over the Philippines. Haima had a very large eye and heavy bands of convection wrapping into the center. Bands of cloud, which carry heavy rain and thunderstorms, reached over much of the northern Philippines.

Typhoon Haima (also known as Lawin in the Philippines) formed from a tropical depression on October 15 over the waters southwest of Chuuk, Micronesia. The rapidly intensifying system quickly reached super typhoon status, achieving Category 5 status by October 18. After weakening a little, Typhoon Haima made landfall in the northern Philippines on October 19 while carrying maximum sustained winds of 140 mph (225 km/h). Haima continued to weaken and made a final landfall east of Hong Kong in southeast China on October 21. The storm is expected to dissipate over land after bringing heavy rainfall to parts of China.