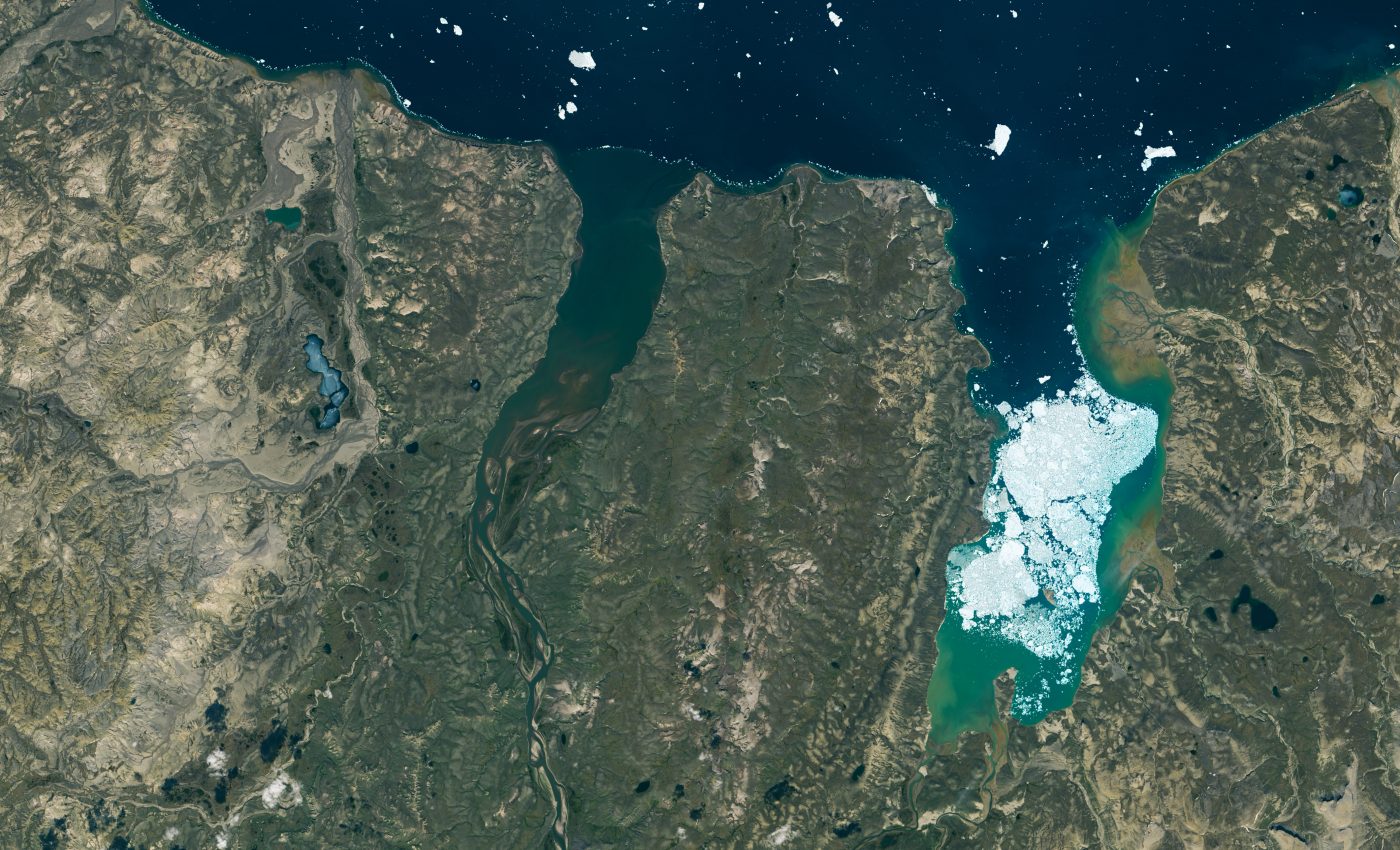 Today’s Image of the Day from NASA Earth Observatory features the Canadian Arctic Archipelago, a remote region above North America that contains more than 36,000 islands.

The photo captures the northern side of Banks Island, the westernmost island of the archipelago. The Thomsen River – located within the Aulavik National Park – is also visible in the image.

According to NASA, the park is surrounded by Arctic tundra that is inhabited by muskox, snowy owls, and snow geese.

Along the shore of Banks Island, and also in Mercy Bay, seasonal ice persists in this summertime photograph.

“Particularly obvious is the ‘pearl necklace’ of small ice floes worn by the coast,” said Robie Macdonald, a scientist at the University of Manitoba and the Canadian Department of Fisheries and Oceans.

“These lines of bergy bits indicate grounded ice that has collected at delta fronts, or along a thin shore margin at the point where the sea bottom rapidly deepens below ice keel depths.

The image was captured on a cloud-free day in July by the Operational Land Imager (OLI) on Landsat 8.

The bits of ice that line the coast are continuously melting, but are quickly replaced by new pieces of sea ice.