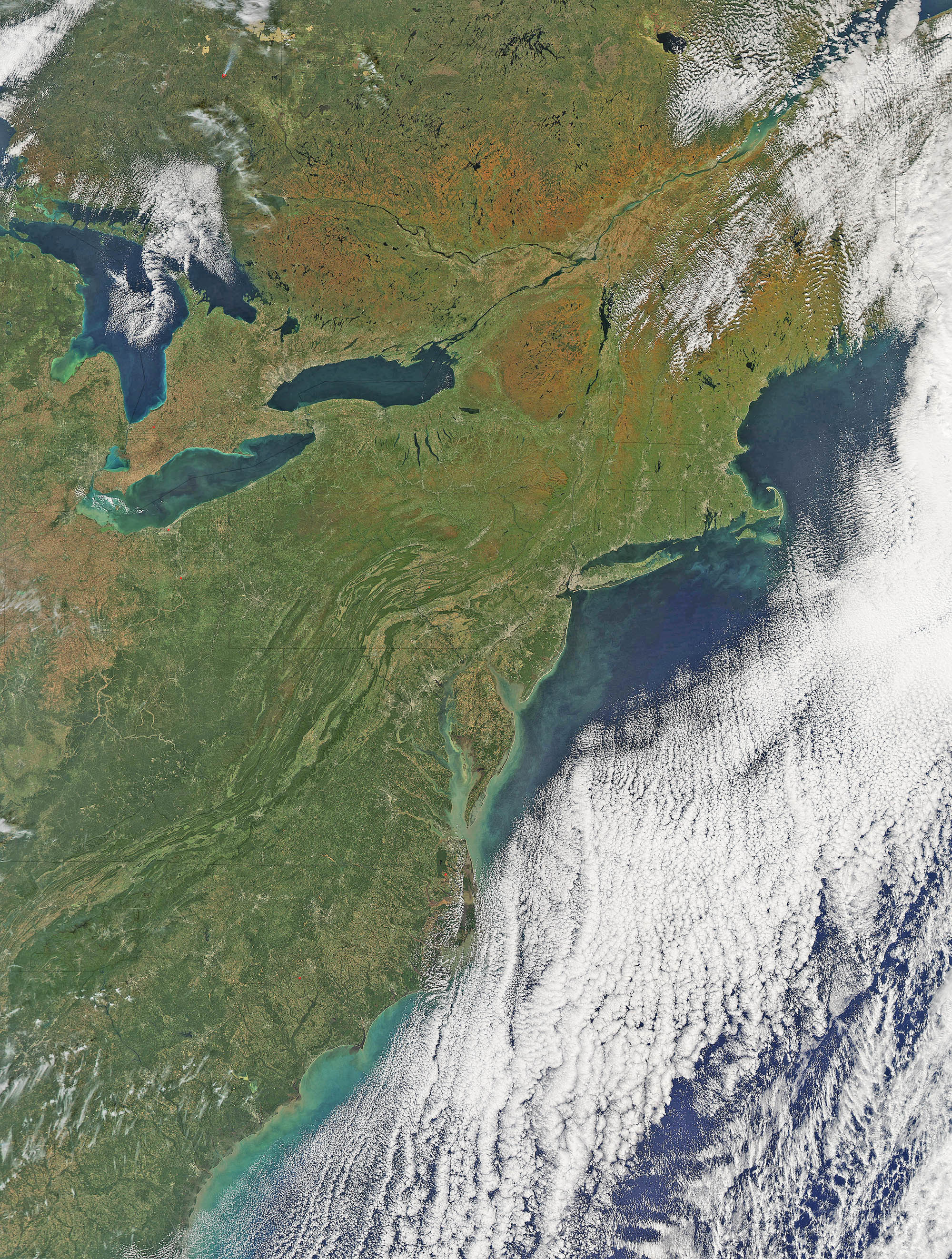 In early October 2016, autumnal colors had begun their annual sweep from north to south across Canada and the United States. The Moderate Resolution Imaging Spectroradiometer (MODIS) aboard the Aqua satellite captured this true-color image of the changing colors on October 10, 2016.

The chemistry and physical causes of autumn leaf color change in deciduous forests are complex, but two driving factors are temperature and sunlight. Temperatures tend to drop earlier and sunlight fades faster at higher latitudes, the progression of fall color changes tends to move from north to south, and from higher elevations to lower elevations, across North America from mid-September through mid-November.

In late summer and autumn, tree and plant leaves produce less chlorophyll, the green pigment that harvests sunlight for plants to convert water and carbon dioxide into sugars. The subsidence of chlorophyll allows other chemical compounds in the leaves—particularly carotenoids and flavonoids—to emerge from the green shadow of summer. These compounds do not decay as fast as chlorophyll, so they shine through in yellows, oranges, and reds as the green fades. Another set of chemicals, anthocyanins, are associated with the storage of sugars and give the leaves of some species deep purple and red hues.