One final look at Hurricane Matthew 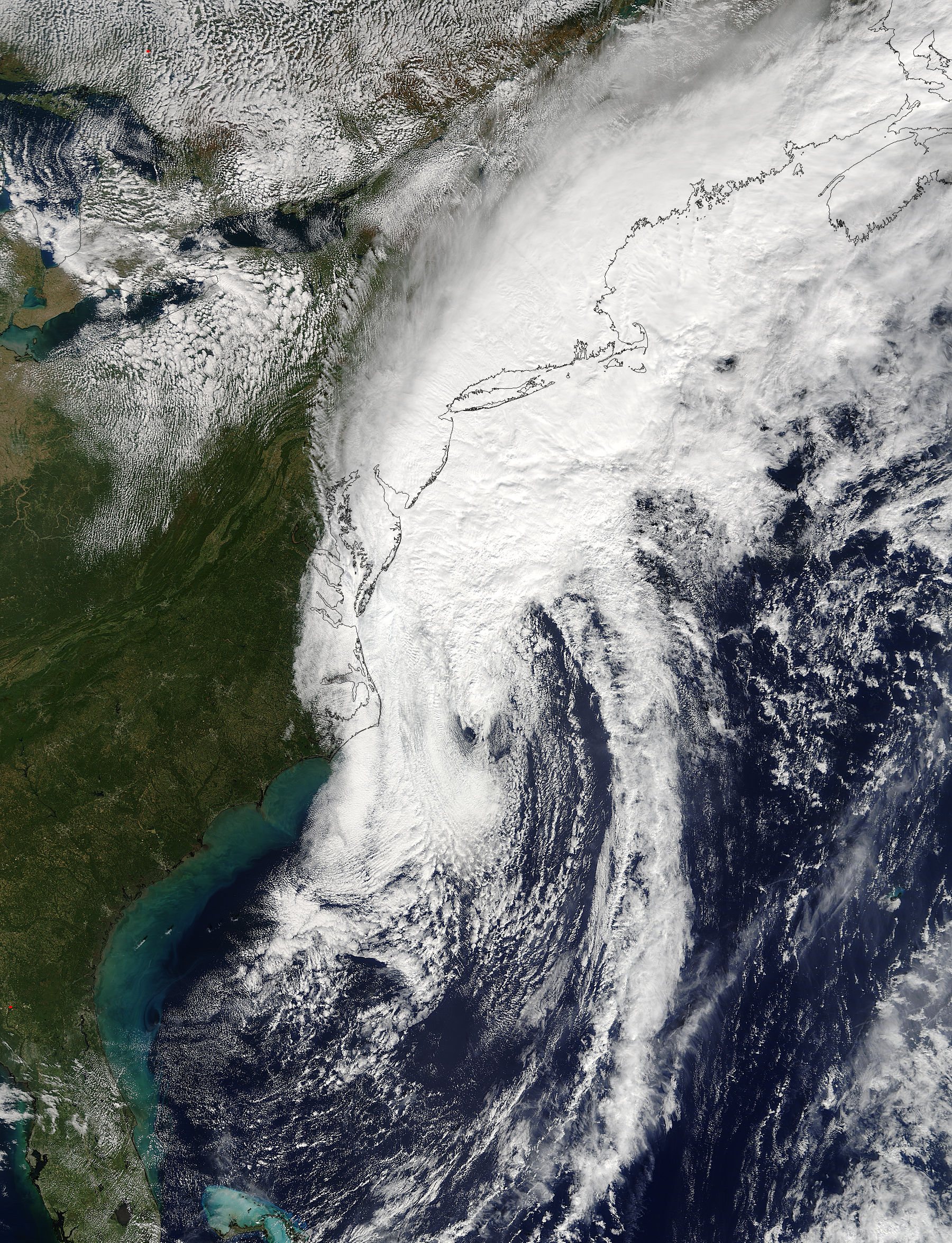 On Sunday, Oct. 9, 2016 at 11:45 a.m. EDT (1545 UTC) the Moderate Resolution Imaging Spectroradiometer or MODIS instrument aboard NASA’s Terra satellite captured a last look at Post-Tropical Cyclone Matthew, formally known as Hurricane Matthew, as it was being absorbed by a cold front along the U.S. Eastern Seaboard.

At 5 p.m. EDT (2100 UTC) NOAA’s National Hurricane Center (NHC) issued the final advisory on Post-Tropical Cyclone Matthew when it was located near 35.4 degrees north latitude  and 72.0 degrees west longitude. That’s about 200 miles (320 km) east of Cape Hatteras, North Carolina.  The post-tropical cyclone was moving toward the east-northeast near 15 mph (24 kph).

Maximum sustained winds were near 75 mph (120 kph) with higher gusts.  Some weakening is forecast tonight, and the NHC said “the low is expected to be absorbed within a frontal boundary on Monday [Oct. 10].”

On Monday, Oct. 10, the NHC reported that the remnant surface low pressure area of Matthew was centered off the Delmarva region near 38 degrees north and 68 degrees west. Matthew’s remnants were now part of the cold front that extends to the southeastern Bahamas.