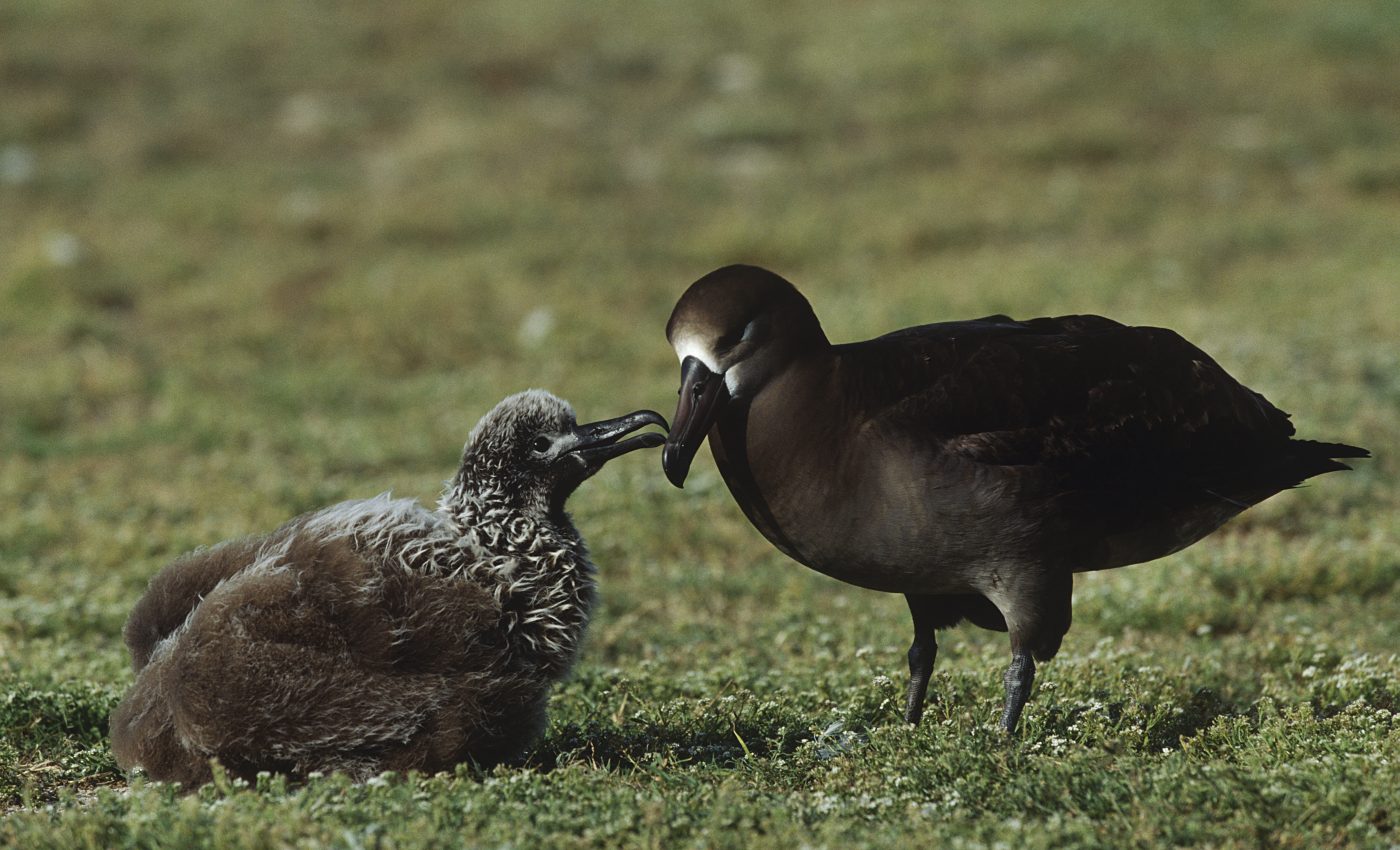 The Black-footed Albatross nests primarily on the Hawaiian Islands. It wanders widely across the northern Pacific for most of the year

The large Sea Bird with long, narrow wings and mostly black. Also has a keen sense of smell as a result helps locate its food.

The black-footed albatross (Phoebastria nigripes) is a large seabird of the albatross family Diomedeidae from the North Pacific.

All but 2.5% of the population is found among the Northwestern Hawaiian Islands.

It is one of three species of albatross that range in the northern hemisphere, nesting on isolated tropical islands. Unlike many albatrosses, it is dark plumaged.

An estimated 4,000 are taken every year, based on the number taken in 1990; other estimates put the number at 8,000, although more recent numbers are at around 6,150 per year with the majority of deaths from Taiwanese and Japanese fishing fleets.

It is also vulnerable to oil and ingestion of floating plastics, which reduces the space in the stomach available for food to be brought to the chick.