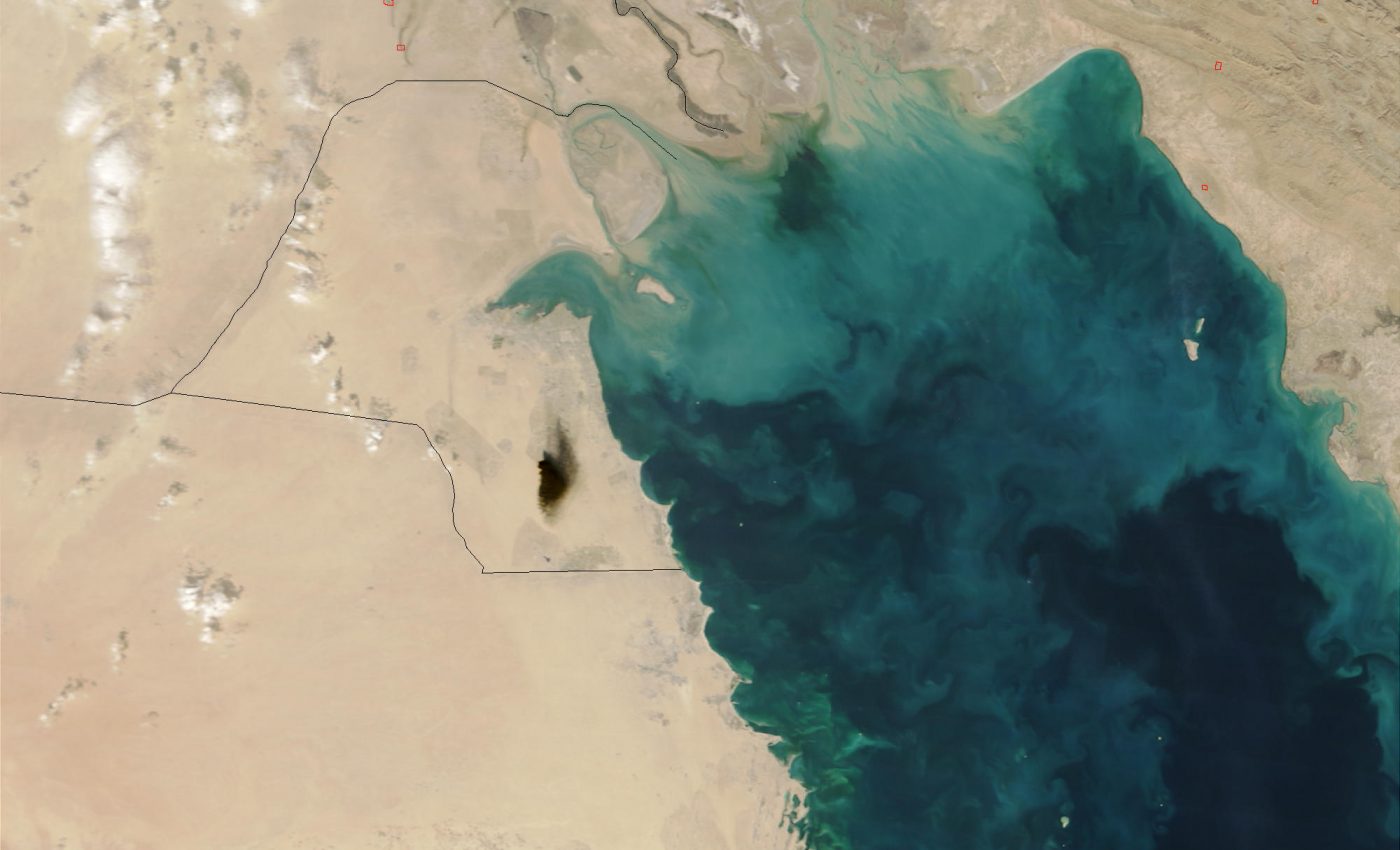 Black smoke from an oil fire can be seen in these true-color Terra. Also and Aqua MODIS images from November 24, 2002. The smoke first appears as a large black smudge. Also in Kuwait at the center of the Terra image. Therefore which was taken during its morning overpass at 7:10 UTC. Later in the morning, at 10:15 UTC, the smoke cloud had grown much larger and started thinning out as it rose higher in the air.

The MODIS instruments also detected active fires, which are marked in red, in Iran (top), Iraq (upper left), and Saudi Arabia (bottom). All four countries in the image border The Persian Gulf (bottom right), which shows turquoise-blue swirls of sediment in the water. Black Smoke from Oil Fire in Kuwait

Kuwait is a constitutional sovereign state with a semi-democratic political system. Therefore Kuwait has a high-income economy backed by the world’s sixth largest oil reserves. According to the World Bank, the country has the fourth highest per capita income. The Constitution was promulgated in 1962. Kuwait is home to the largest opera house in the Middle East.

The Kuwait National Cultural District is a member of the Global Cultural Districts Network. Although Black Smoke from Oil Fire in Kuwait has taken over the city and cause major damage there are some saving areas. The modis detects many active fires and the sediments that lay against the coast line. Also the oil reserve in this country is so large that is causes major issues for this country. Therefore causing a major decrease in sells per capita and their income coming into the country.