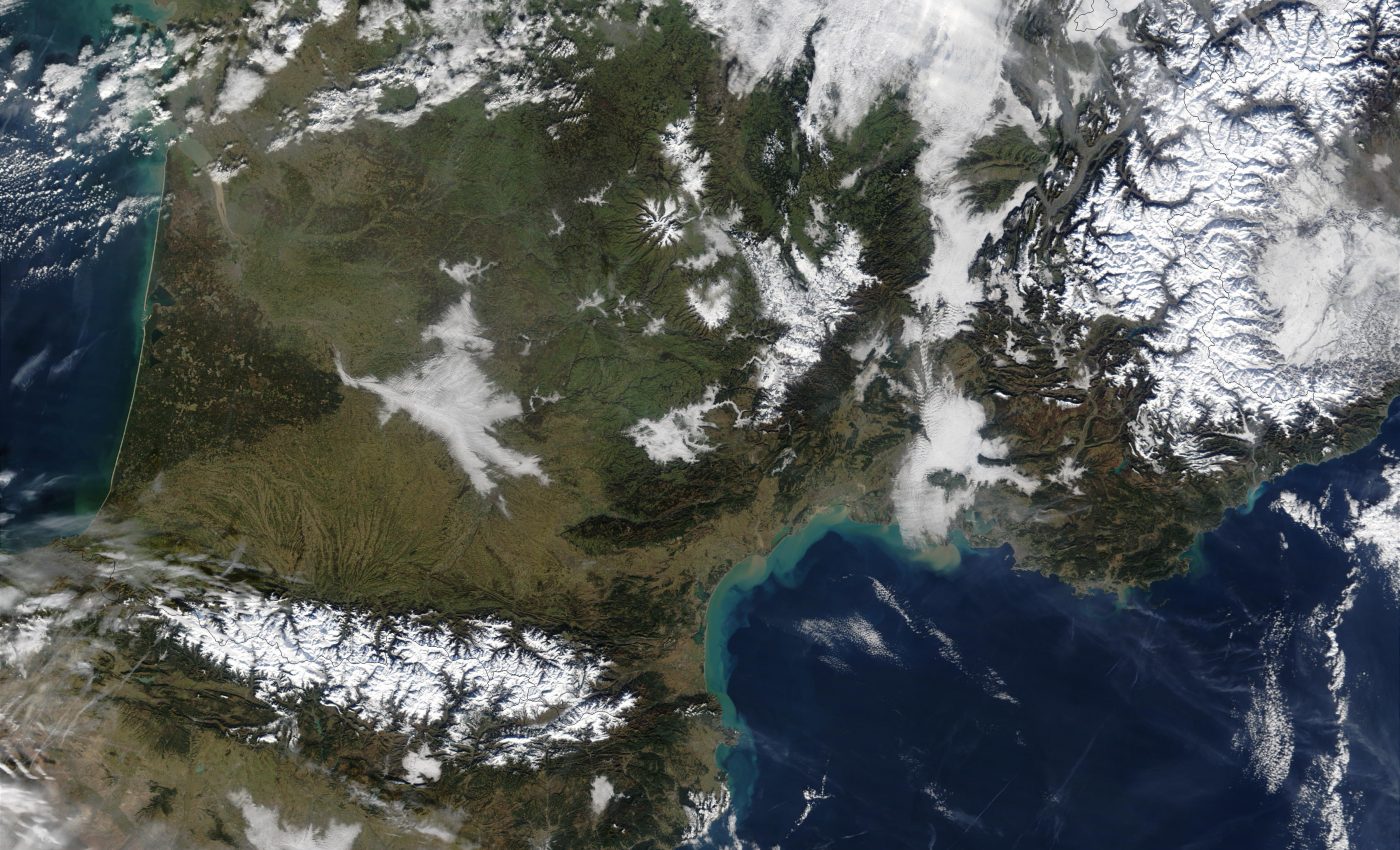 These true-color Moderate Resolution Imaging Spectroradiometer (MODIS) images acquired by the Terra and Aqua satellites show southern France in late fall 2002. At lower left the rugged Pyrenees Mountains, which separate France from Spain, are barely snow-covered in the early part of the series, but become blanketed in white by mid-December. Right of image center, the Alps separate France from Italy. At upper left is the Bay of Biscay. At lower right is the Mediterranean Sea.

Southern France, also known as the South of France or colloquially in French as le Midi. Therefore is a defined geographical area consisting of the regions. Such as France that border the Atlantic Ocean south of the Marais Poitevin, Spain, the Mediterranean Sea and Italy.

It includes: Nouvelle-Aquitaine in the west, Occitanie in the centre, the southern parts of Auvergne-Rhône-Alpes in the northeast, Provence-Alpes-Côte d’Azur. And in the southeast, as well as the island of Corsica in the southeast. Monaco and Andorra are sometimes included in definitions of Southern France although they are principalities. You can see the snow covered mountains and plains in this area. Spain and France are known for stormy cold weather during these times.