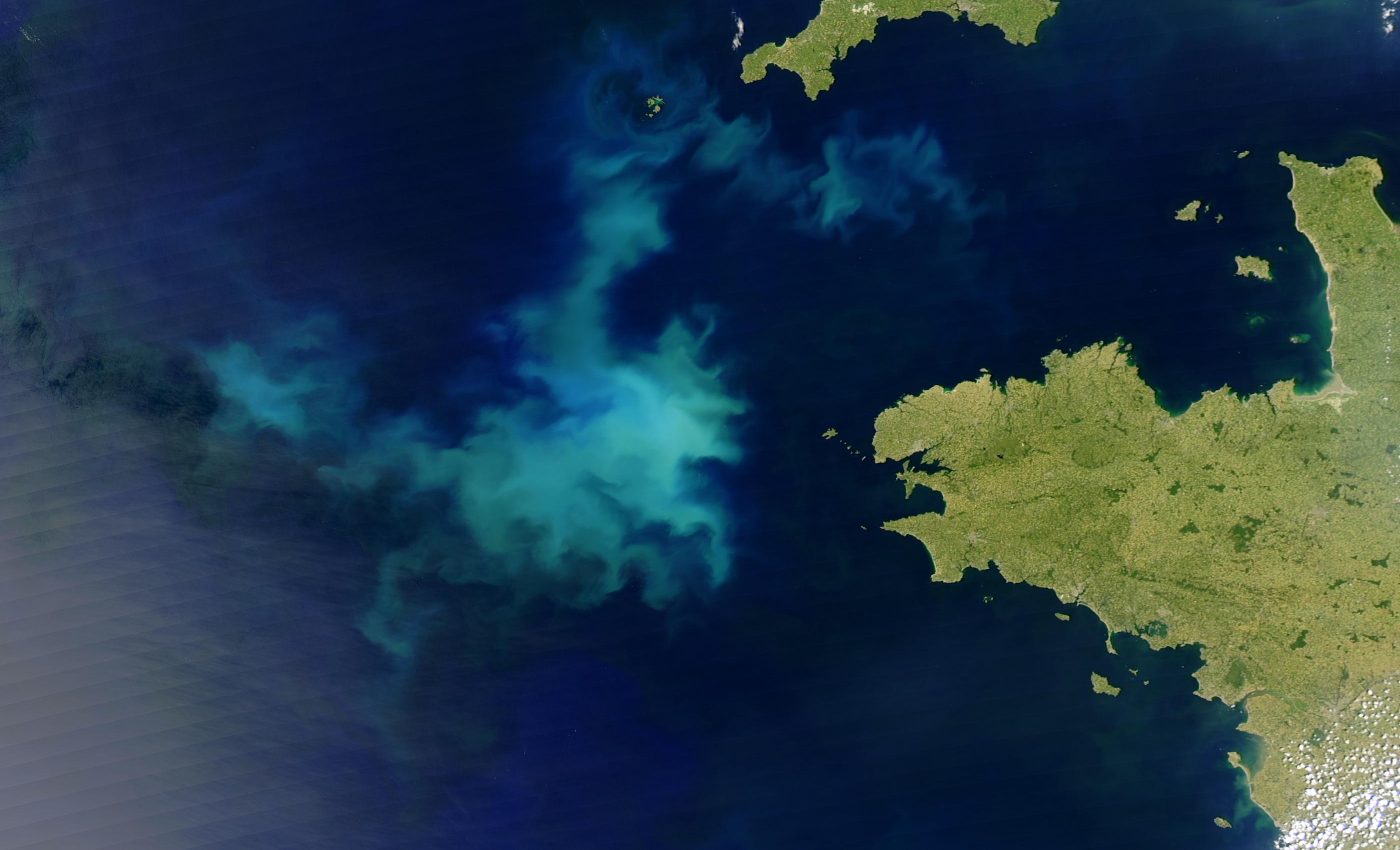 The bright water off France west of the English Channel in this Moderate Resolution Imaging Spectroradiometer (MODIS) image is probably a bloom of coccolithophores, single-celled marine plants with white calcium carbonate shells. The white shells, combined with the blue reflectance of the water, tint the water bright blue. The color could also be caused by other phytoplankton, microscopic marine plants that grow near the surface of the ocean. When a large colony of the plants bloom, the chlorophyll colors the water green. In satellite imagery, the effect is often a bright blue-green patch in otherwise dark ocean water. The MODIS instrument on the Aqua satellite captured this image on June 13, 2004.

It is bordered by Belgium, Luxembourg and Germany to the northeast, Switzerland and Italy to the east, and Andorra and Spain to the south. The overseas territories include French Guiana in South America and several islands in the Atlantic, Pacific and Indian oceans. The country’s 18 integral regions (five of which are situated overseas) span a combined area of 643,801 square kilometres (248,573 sq mi) and a total population of 67.02 million (as of July 2019). France is a unitary semi-presidential republic with its capital in Paris, the country’s largest city and main cultural and commercial centre. Other major urban areas include Lyon, Marseille, Toulouse, Bordeaux, Lille and Nice.