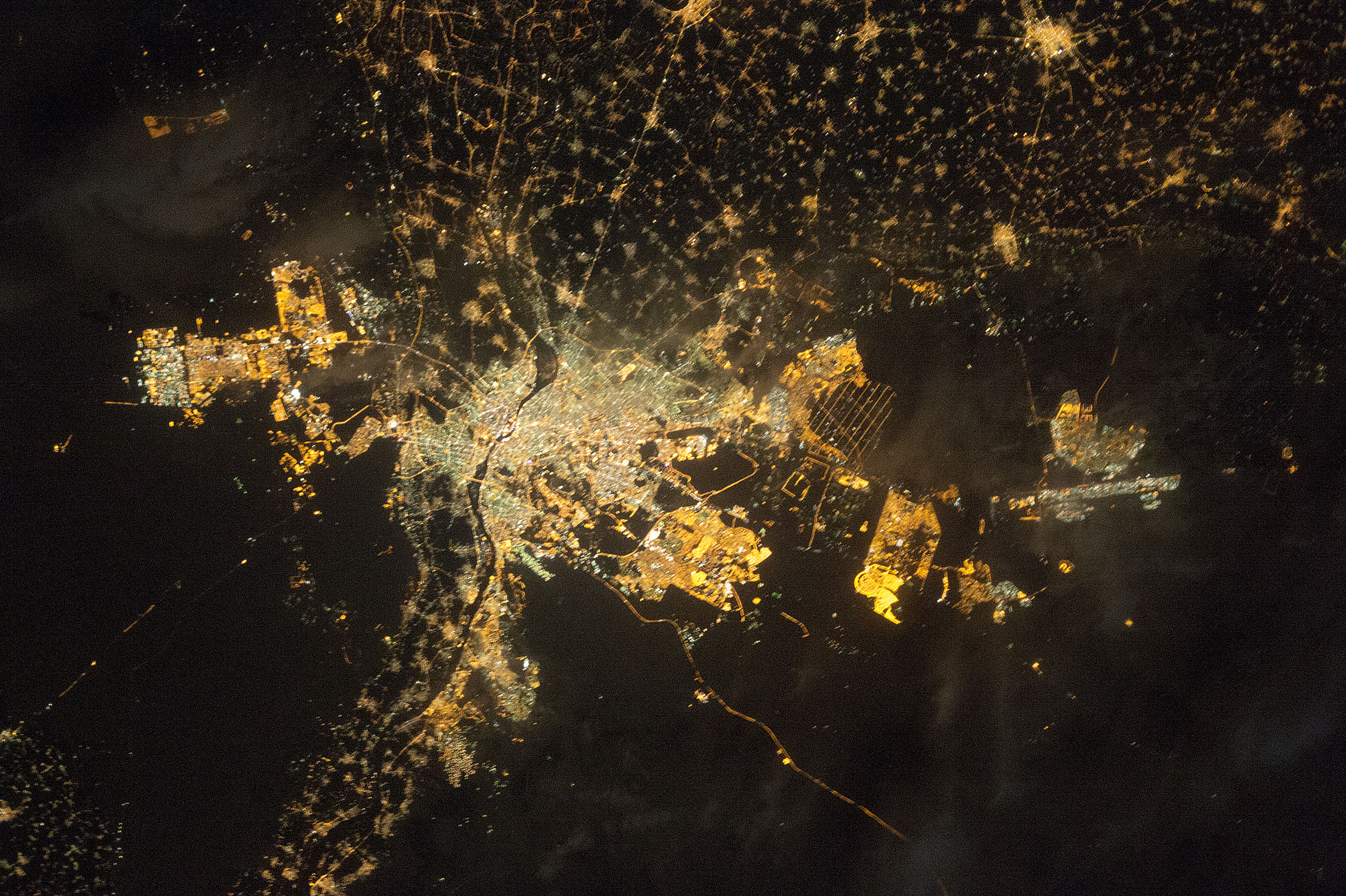 Taken by astronauts from the International Space Station, this photograph shows the complex pattern of city lights in the metropolitan region of Cairo at night. With a population of about 20.5 million people—a fifth of Egypt’s population—it is the largest city in the Middle East and Africa’s second largest city after Lagos, Nigeria.

The brightly lit areas show greater Cairo, including the newer extensions of the city: New Cairo, Sixth of October City, El Abor, and El Shorok. The lights in the new developments show a distinctly yellower color, probably due to sodium-vapor streetlight lamps. New Cairo is being constructed as the new capital city of Egypt.

Less prominent are the lights of numerous towns and villages on the Nile Delta and along the narrow floodplain of the river. The Nile River can be detected in places as a black line wending its way through Cairo.

A wider night view of the Nile Delta at night can be seen here. Daylight images of the same area show an markedly different scene: a richly vegetated floodplain and delta that contrast with the tan surfaces of the surrounding desert.