Calbuco Volcano Ash On The Move 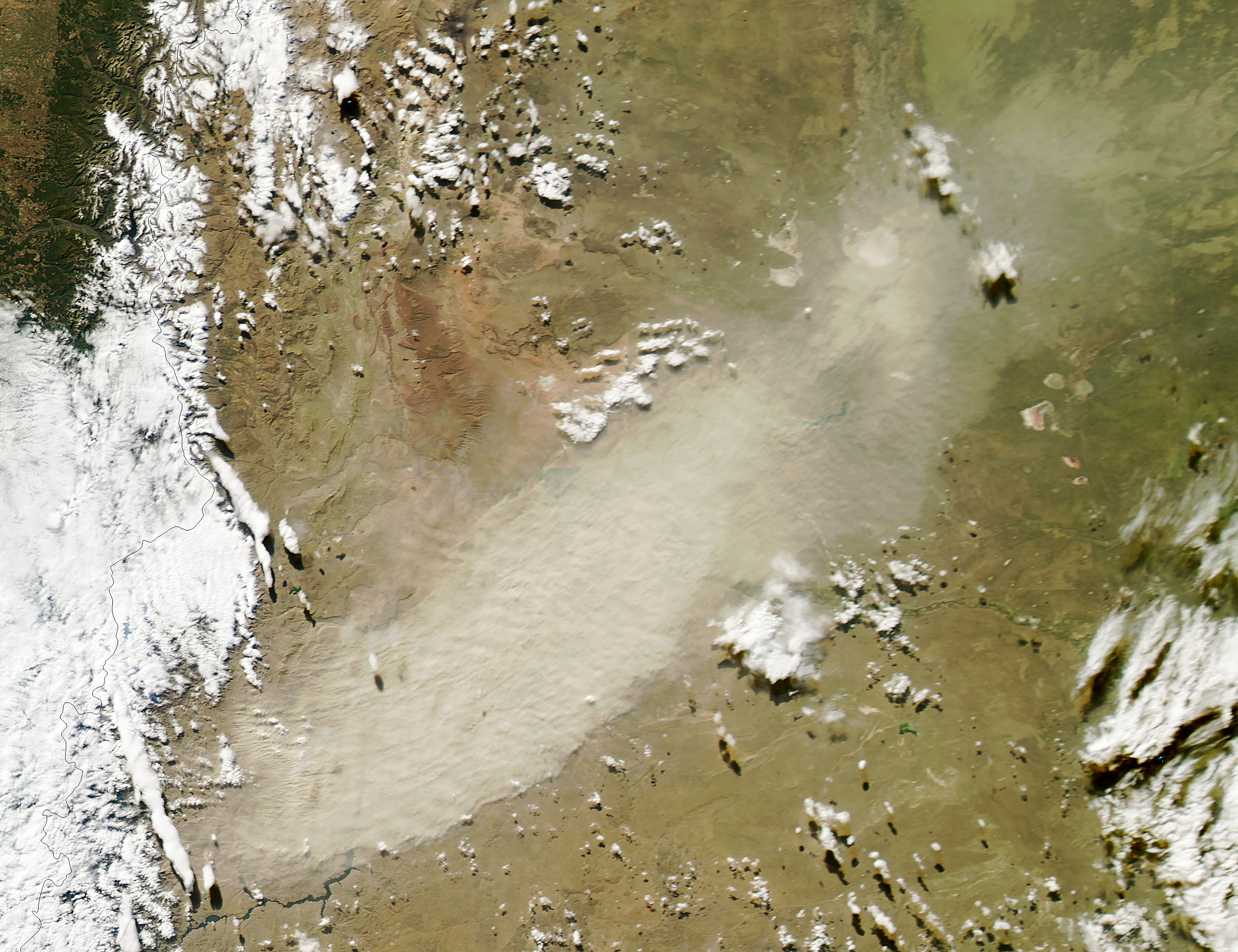 In late April 2015, Calbuco volcano in southern Chile spewed at least 210 million cubic meters (7,420 million cubic feet) of ash and rock during two explosive eruptions. A third eruption, reported to have occurred on April 30, added to the volume of material that already blanketed the landscape.

A significant amount of Calbuco’s ejecta came to rest in neighboring Argentina. But some of that material didn’t stay put for long. On May 3, 2015, the Moderate Resolution Imaging Spectroradiometer (MODIS) on NASA’s Aqua satellite acquired the above image of ash resuspended in the atmosphere—that is, it was picked up by low-level winds like debris in a dust storm. Calbuco (not pictured) is located about 100 kilometers (60 miles) southwest from the lower-left corner of this image.

The resuspension of volcanic ash is not a new phenomenon. For example, satellites have observed wind-blown ash during the 2010 eruption of Eyjafjallajökull volcano in Iceland, and also from old, loose volcanic deposits from past eruptions in Alaska. Resuspended airborne ash, while not fresh from its volcanic source, can still pose a hazard to aircraft by clogging up engines.

Other ejecta from Calbuco moved north toward Villarrica—another volcano in Chile that has seen renewed activity in 2015. On April 27, 2015, the Operational Land Imager (OLI) on Landsat 8 acquired the image below, which shows a small steam or ash plume rising from Villarrica. But the brown, airborne material surrounding the volcano, and presumably some of the brown material on its flanks, is from Calbuco, located about 220 kilometers (140 miles) to the south.