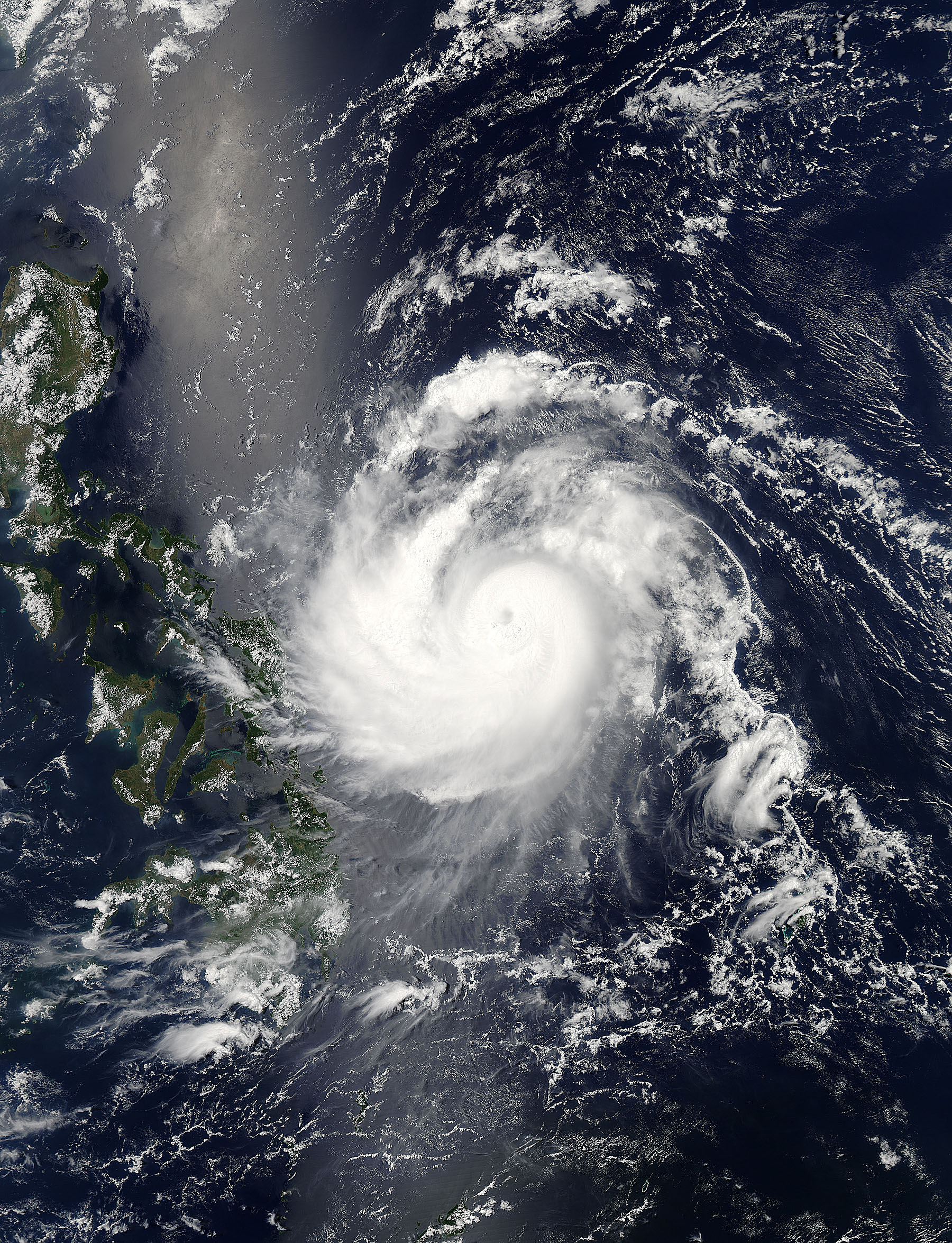 In early May 2015, a strengthening typhoon headed for the Philippine island of Luzon. If it were to make landfall, it would be the second landfalling storm in the island nation this year. Predictions on May 8 suggested that Cyclone Noul (known as Dodong in The Philippines) would turn northeast and brush past the northern island, dousing it with substantial rain but with less potent wind. Nonetheless, residents in eleven provinces were alerted for possible evacuation.

The Moderate Resolution Imaging Spectroradiometer (MODIS) on NASA’s Aqua satellite acquired this natural-color image of Cyclone Noul (Dodong) approaching the Philippines at 12:55 p.m. local time (04:55 Universal Time) on May 8, 2015. Shortly after the image was acquired (06:00 Universal Time), the U.S. Navy Joint Typhoon Warning Center reported the storm had 100 knot winds (115 miles or 185 kilometers per hour), a category 3 on the Saffir Simpson scale.

The storm was still intensifying due to very warm ocean conditions. Winds were predicted to reach 120 knots (category 4) late on May 9. Landfall was anticipated by May 10, and the storm was then expected to turn north and east and to weaken as it headed toward Japan.

On his weather blog, meteorologist Jeff Masters noted that more trouble is one the way: “On the heels of Noul comes Tropical Storm Seven, which is organizing to the east of Noul over Micronesia…The Japan Meteorological Agency (JMA) was still classifying TS7 as a tropical depression on May 9, but when JMA gives it a name, it will break the record set on May 19, 1971, for the earliest formation of the Northwest Pacific’s seventh named storm of the year.”