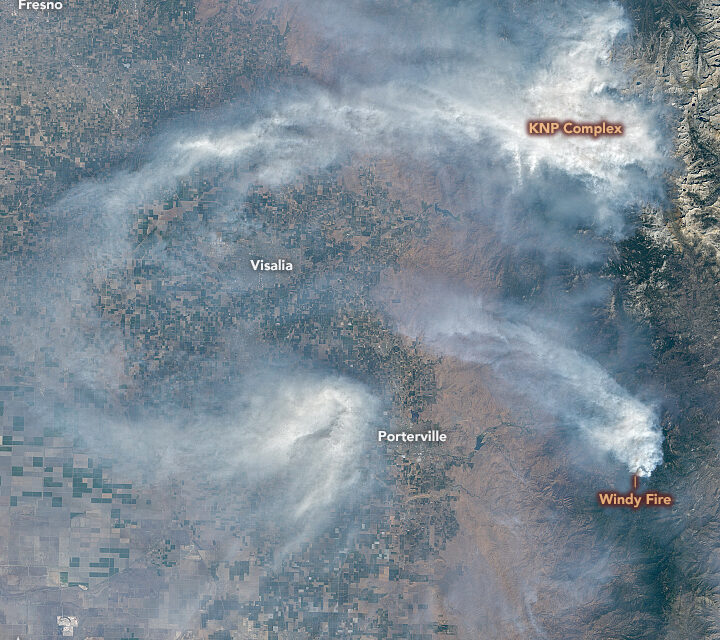 Today’s Image of the Day from NASA Earth Observatory features the KNP fire complex, which has now reached the Sequoia National Forest. Located at the southern end of the Sierra Nevada range, the park contains some of the world’s oldest and largest trees, including giant sequoias.

On September 15, fire officials told The Los Angeles Times that the fires were about a mile from the “Giant Forest,” the largest concentration of giant sequoias in the park and home to the 275-foot General Sherman tree.

The Associated Press reports that firefighters have wrapped the base of the General Sherman tree, as well as additional sequoia trees, in a fire-resistant blanket. The Giant Forest Museum and other buildings have also been wrapped with protective aluminum in hopes of saving them from intense heat and flames.

The image was captured on September 15, 2021 by the Operational Land Imager (OLI) on Landsat 8.