Severe drought and extreme heat have fueled wildfires in 2021 • Earth.com 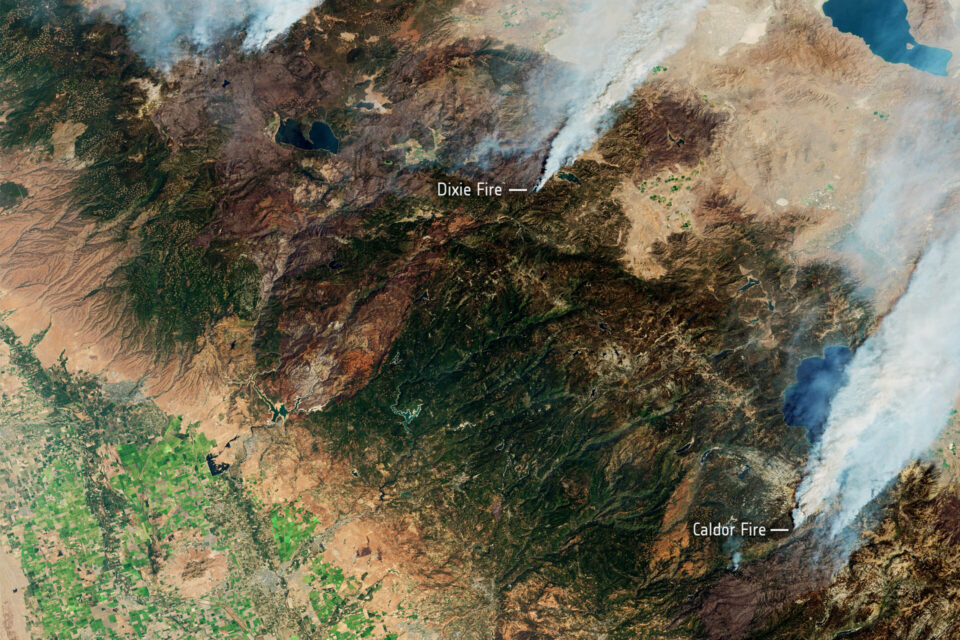 Today’s Image of the Day from European Space Agency shows wildfires in California captured by the Copernicus Sentinel-2 mission.

ESA reports that while wildfires are a natural part of California’s landscape, a severe drought, coupled with extreme temperatures, sustained several major fires for much of the month of August.

The largest wildfire of the 2021 season was the Dixie fire, which exploded into the second-largest blaze in recorded state history. The ongoing fire has been burning since July 13, and has scorched more than 388,000 hectares of land and has destroyed more than 1,200 buildings.

According to the Copernicus Atmosphere Monitoring Service (CAMS), smoke from the fires in North America has been transported across the continent and out over the Atlantic Ocean toward Europe. The smoke has impacted air quality across the United States and Canada.