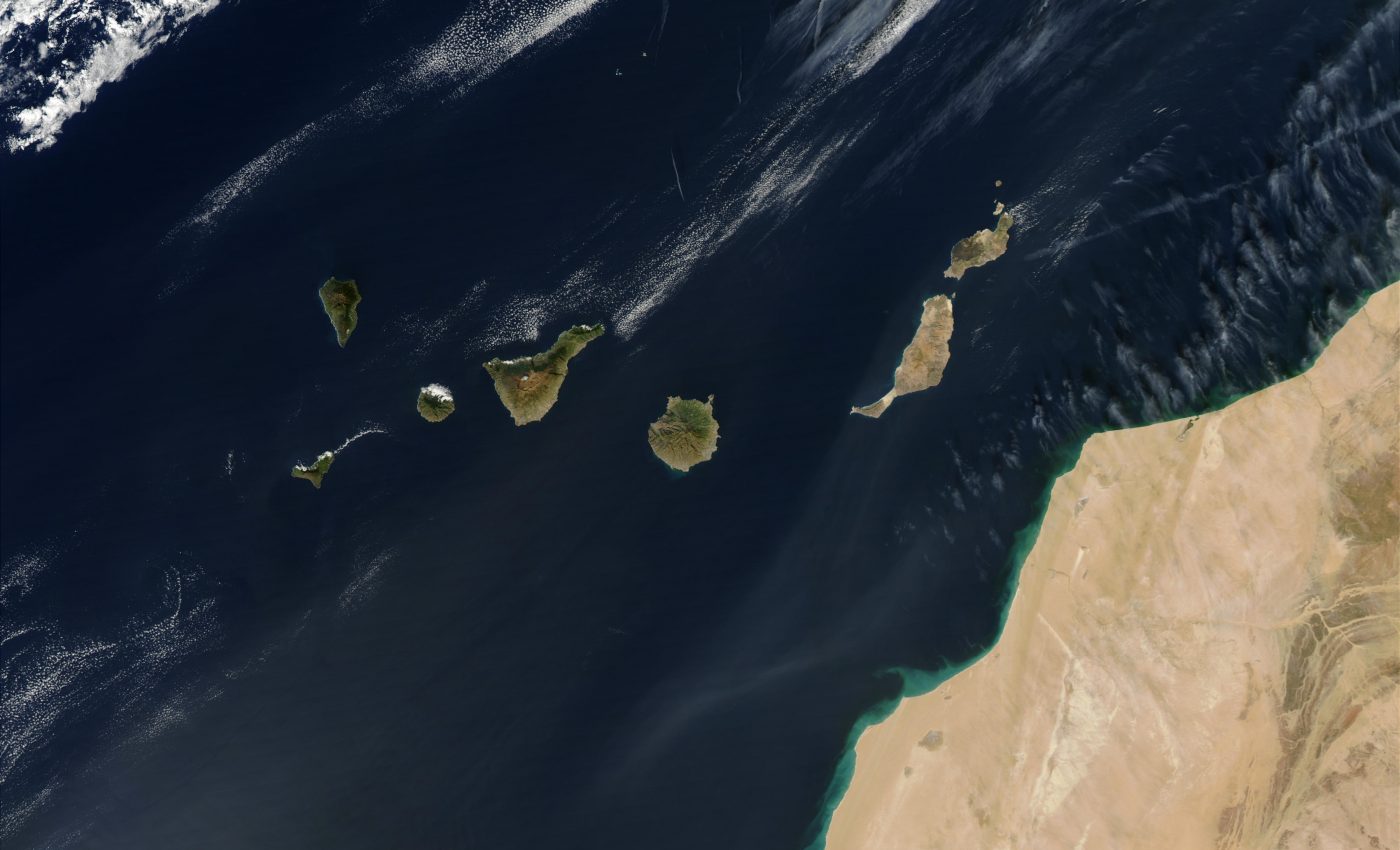 The Canary Islands off the west coast of Africa in the Atlantic Ocean often create interesting cloud patterns such as wake effects or von Karman vortices as they disturb air flow over the comparatively smooth ocean surface. These images were acquired by the Moderate Resolution Imaging Spectroradiometer (MODIS) on the Terra and Aqua satellites during 2002. In a few of the images, dust from the Sahara Desert in Africa shrouds the scene.

The Canary Islands  are a Spanish archipelago and the southernmost autonomous community of Spain located in the Atlantic Ocean. Also 100 kilometres (62 miles) west of Morocco at the closest point. The Canary Islands, which are also known informally as the Canaries. Also are among the outermost regions (OMR) of the European Union proper.

Therefore It is also one of eight regions with special consideration of historical nationality as recognized by the Spanish Government. The Canary Islands belong to the African Plate like the Spanish cities of Ceuta and Melilla, the two on the African mainland. Although the Canary Islands are along some beautiful landscape and water, the storms do get intense. The hurricane seasons and tropical storm weather takes over.