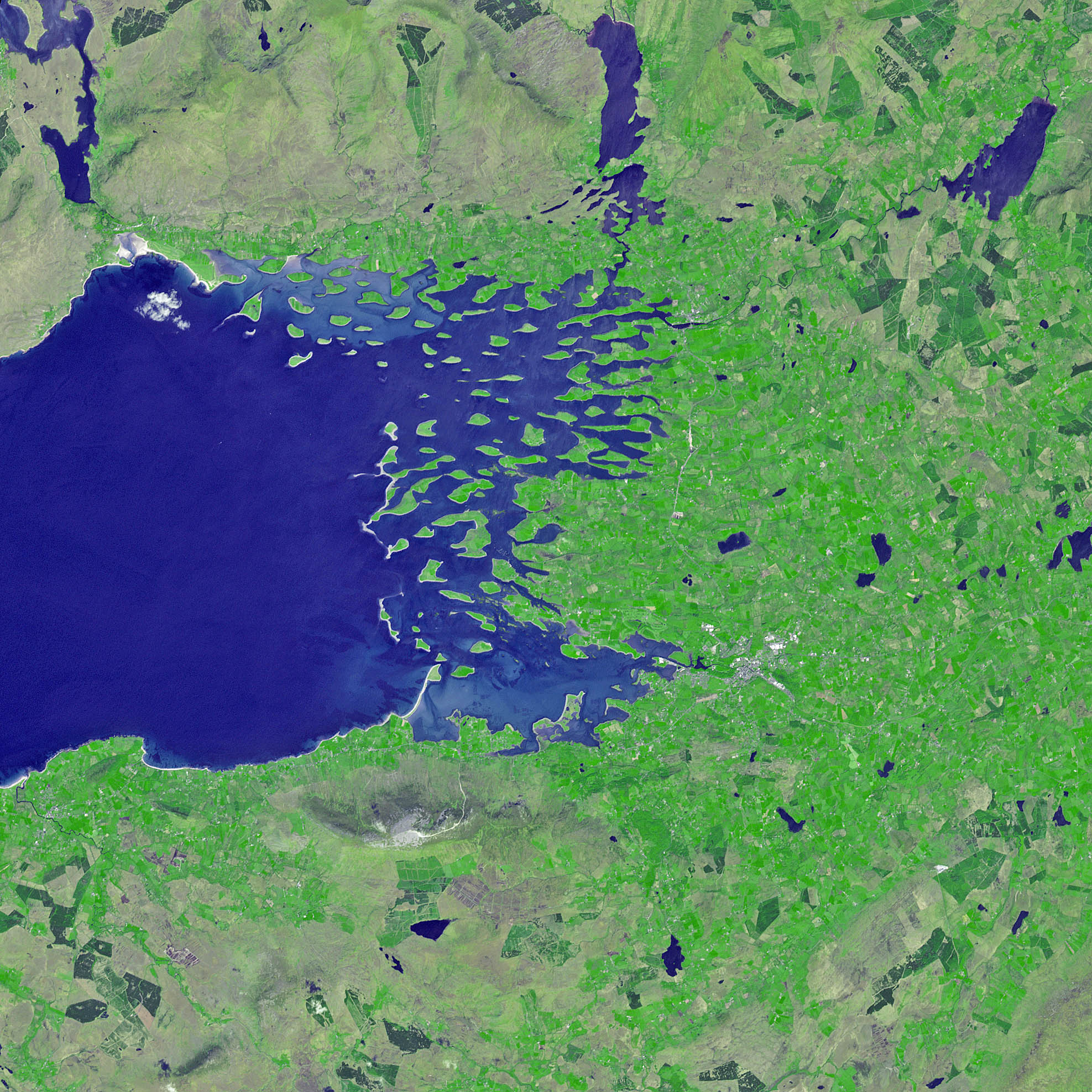 Islands spatter Clew Bay like the spots on a cow. These islands in western Ireland date back 20,000 years, to a time when much of Ireland was covered by an ice sheet.

Drumlins are elongated, teardrop-shaped hills of rock, sand, and gravel that form from the movement of glaciers, according to the National Snow and Ice Center. They are typically oblong, two or three times longer than they are wide. The word drumlin comes from the Gaelic word “druim,” meaning “back” or “ridge.”

Clew Bay’s drumlins peek out from underneath the water like the tips of icebergs. There are 365 of them—one for every day of the year, according to local folklore. 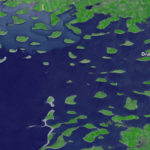 Sediment deposits indicate that the drumlins in Clew Bay were formed in quick bursts, instead of a slow process of ice creeping inch by inch. “Sediments in Clew Bay suggest that [the drumlins] were formed very quickly during a period of ice re-advance, when the glacier was hopping on and off the sediment bed, causing changes in water pressure,” Knight said.

Several theories exist about the formation of these drumlins. Knight’s research suggests that many of the hills may belong to another type of glacial landform—a rolling feature called a ribbed moraine. Twenty years ago, his work began to indicate that drumlins are merely the youngest part of a marbled landscape under the water surface. Underneath the drumlins lie moraines: large, corrugated ridges that aligned at right angles under the ice flow.

But scientist John Hiemstra, a professor at Swansea University in the U.K., has a different theory. “Although the islands in the bay are more or less isolated landforms…some of the features further inland (north and northwest of Westport) seem to have merged and coalesced into elongated kilometer-long ridges, some even displaying curved or ‘hooked’ ends,” Hiemstra wrote in an email. “This would suggest that re-molding of pre-existing relief has taken place at some point. The most logical explanation for this would be a change in ice flow direction due to shifting ice divides.”