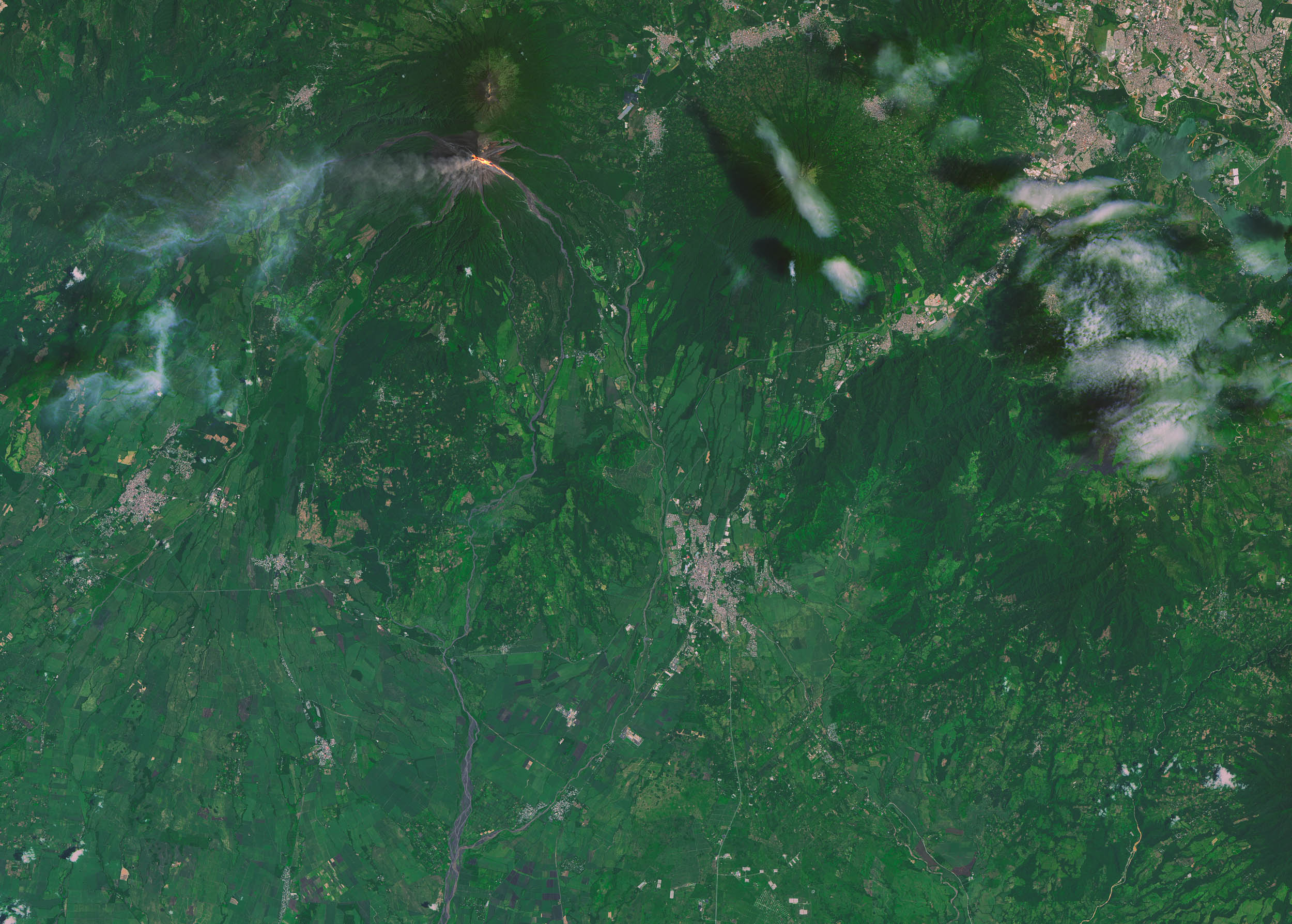 On September 7, 2016, the Operational Land Imager (OLI) on Landsat 8 captured this image of lava spilling down the slopes of Guatemala’s Volcán de Fuego, one of Central America’s most active volcanoes.

According to reporting from the Instituto Nacional de Sismologia, Vulcanologia, Meteorologia, e Hidrologia (INSIVUMEH), the latest bout of activity began on September 4, when lava rose as high as 200 meters (650 feet) above Fuego’s crater rim. Plumes of ash have reached heights of about 850 meters (2,800 feet).

The volcano is located about 70 kilometers (40 miles) west of Guatemala City, Guatemala.