Wildfires continue to rage across Portugal 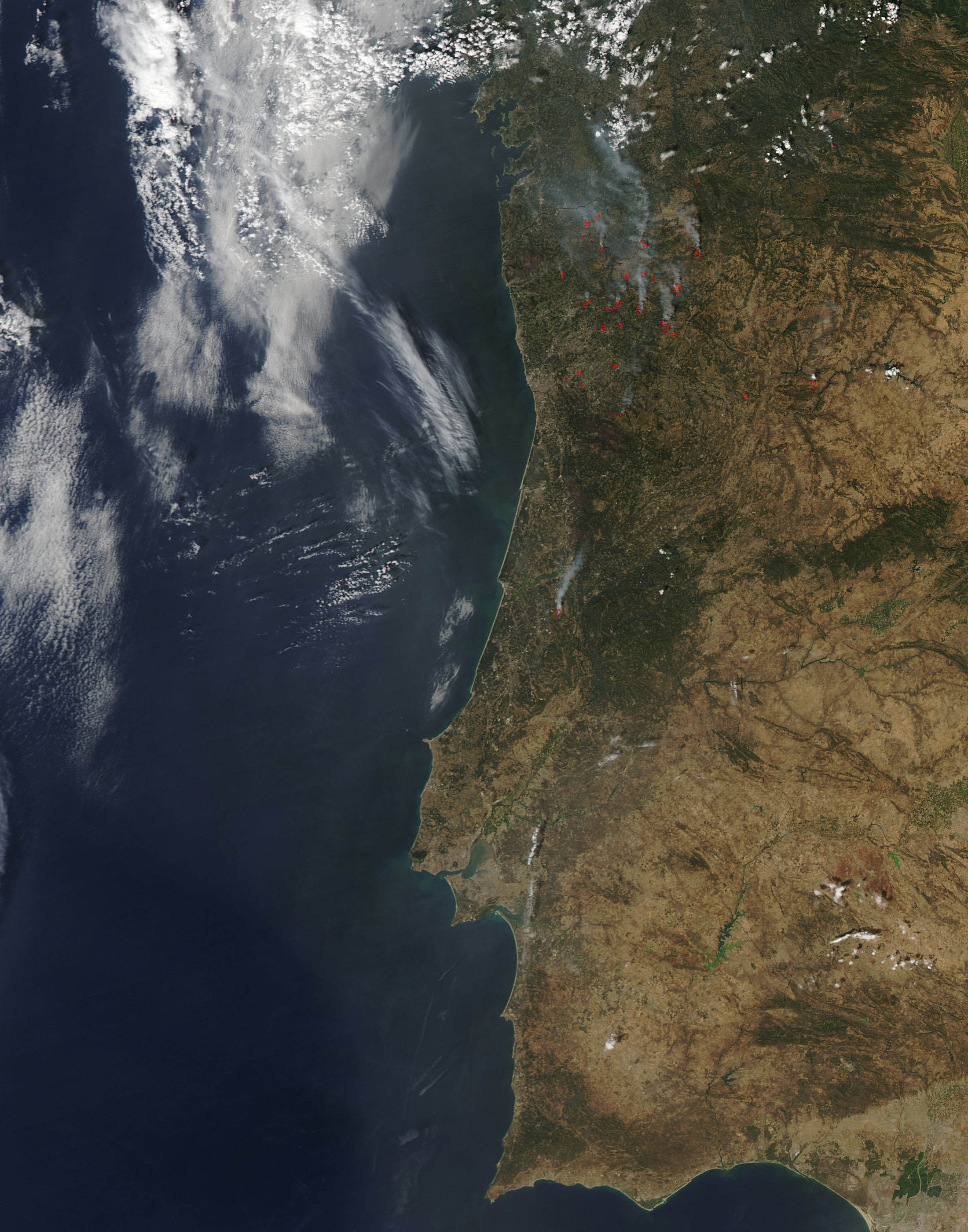 Wildfires continued to rage across Portugal in early September 2016. Satellites began to detect large numbers of fires on August 6, 2016, and only a few days later hundreds of fires were reported burning across Portugal and Spain.

By September 8, more than 2,000 firefighters were battling more than 50 wildfires that were burning across the country. One large blaze was located in the forests of Monchique in the southern Algarve region and another large fire burned in the Douro International Natural Park on the border with Spain. Fires also burned across Spain.

The Moderate Resolution Imaging Spectroradiometer (MODIS) aboard NASA’s Aqua satellite captured a true-color image of Portugal. Dozens of red hotspots can be seen scattered across the landscape while smoke blows generally to the north. These hotspots are areas where the thermal bands on the MODIS instrument detected high temperatures on the ground. When combined with smoke, they are diagnostic for actively burning fire.