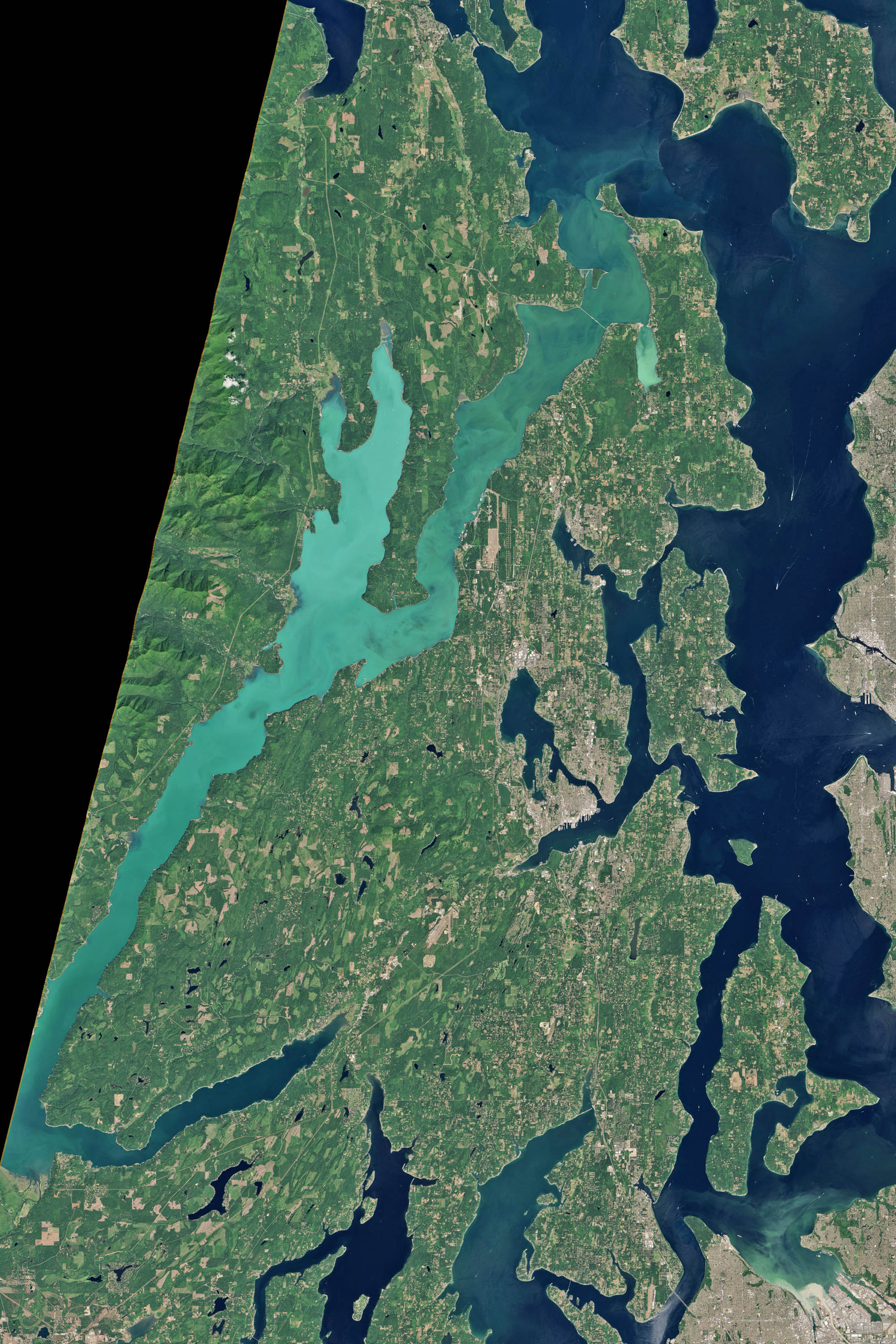 Hood Canal separates the Kitsap Peninsula and the Olympic Peninsula.
Hood Canal is a fjord forming the western lobe, and one of the four main basins, of Puget Sound in the US state of Washington. It is one of the minor bodies of water that constitute the Salish Sea. Hood Canal is not a canal in the sense of being a man-made waterway—it is a natural waterway. NASA’S view.

Hood Canal is long and narrow with an average width of 1.5 miles (2.4 km) and a mean depth of 53.8 metres (177 ft). It has 342.6 kilometres (212.9 mi) of shoreline and 42.4 square kilometres (16.4 sq mi) of tideland. Its surface area is 385.6 square kilometres (148.9 sq mi) and it contains a volume of water totaling 21 cubic kilometres (17,000,000 acre⋅ft)  Hood Canal extends for about 50 miles (80 km) southwest from the entrance between Foulweather Bluff and Tala Point to Union, where it turns sharply to the northeast, a stretch called The Great Bend. It continues for about 15 miles (24 km) to Belfair, where it ends in a shallow tideland called Lynch Cove.
Along its entire length, Hood Canal separates the Kitsap Peninsula from the Olympic Peninsula of Washington. The U.S. Navy’s Naval Base Kitsap, Bangor Annex, is located on the eastern shore of Hood Canal near the town of Silverdale. Hood Canal has several internal bays, the largest of which is Dabob Bay. Most of Dabob Bay is a Naval Restricted Area, and is used by the submarines stationed at the Bangor Base. Quilcene Bay is an inlet extending northwest from Dabob Bay. Near the north end of Hood Canal is Port Gamble, a bay and a town of the same name.