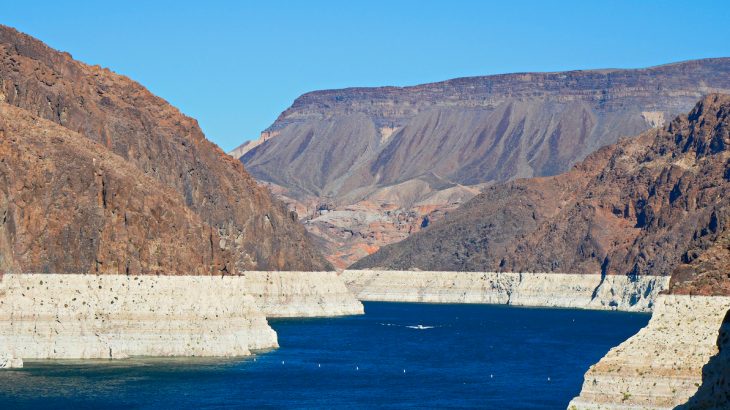 The Colorado River is in some ways is a product of its arid environment and the thirsty human communities that surround it.

I always thought of the Colorado River as a large and iconic river, as it was always a presence nearby growing up in Grand Junction, a small city named for the junction of the Colorado and Gunnison Rivers. The Colorado carved the Grand Canyon and supplies thousands of farmers and communities with water, making it one of the pillars of the arid west. It wasn’t until I saw the Hudson River, a water way so much more massive than the Colorado, that I understood the river’s importance lies partially in where it’s situated.

But I’ve also never seen the untamed Colorado River. For many the Colorado is the river, the source of drinking water, irrigation water, the source of water. Unfortunately, this means that wildlife species that evolved with the river as home or primary water source often have to compete with humans for the life-giving resource.

The Colorado itself has been dammed 15 times for humans trying to chain a river that moves with seasonal snows to the steady necessity of a tap. Save the Colorado reports that there are over 100 dams on the Colorado and its tributaries. The river also has had its share of invasive species introduced by anglers with a hankering for familiar quarry. These two threats have pushed some of the native species in the Colorado River to the point of being endangered.

Because of damming, the natural flow of the Colorado River has obviously changed. The result of often lower than normal amounts of flow in the Colorado is a different stream bed. Gravel and sediment build up in ways that don’t provide the native fish of the Colorado River very good spawning substrates. Because of this problem for endangered fish, federal and state agencies in Colorado have partnered with NGOs and hydropower interests to create the Upper Colorado River Endangered Fish Recovery Program in 1988.

Michelle Garrison, Senior Water Resource Specialist of the Colorado Department of Natural Resources, explained it to me the partnership to me in an email:

“Its goal is to recover four species of endangered fish (Colorado pikeminnow, humpback chub, razorback sucker, bonytail) while allowing water use and development to continue in a manner consistent with Federal and State law.  One of the benefits to water users is streamlined Section 7 consultation. The Recovery Program focuses on several key categories of action to help recover the endangered fish: instream flows, habitat restoration, nonnative fish management, propagation and stocking of some endangered species, research and monitoring, information and education, and program management.”

Out of this partnership came a recent surge in water flow in the Colorado River, focused just above its juncture with the Gunnison in western Colorado. Hydrologist and Instream Flow Coordinator Don Anderson of the Upper Colorado Recovery Program told me he prefers the phrase, “high-flow augmentation” to “surge.” But either way, it means more water from dams released into the Colorado in a coordinated effort to benefit endangered fish species.

The peak of this water was scheduled for June 14th, the result of five reservoirs releasing more water than usual. This water flow augmentation is made possible partially by the extra snow the Colorado high country received last winter, which is now melting into river water. This is a process that happens not every year but depends on how much water is available, coordinated so that reservoirs retain enough water but the river itself can ‘surge’ as well.

Michelle Garrison explained this year’s flow augmentation to me:

“Depending on the amount of surplus water available and the timing and magnitude of high spring flows, the reservoir operators coordinate their bypasses for a period of 3-10 days to either put water on top of lower peaks, or extend the duration of higher peaks at levels that do not increase the risk of flooding in the region.  This year predicted peaks were near bankfull, so the operators chose to add water to the descending limb of the peaks so that they did not increase the peak itself, but slowed the decline of the high flows to allow for a longer duration of high flows that remained below bankfull. Extending the duration of flows above 12,000 cfs increases the amount of habitat improvement that occurs in the channel.”

“This was a very unusual year for weather and precipitation, and the snowpack lingered much longer than usual before melting,” Don Anderson added. “The peak flows more typically occur in late May or early June, but this year flows and reservoir inflows were both too low during that time period…Therefore reservoir operators delayed operations until the peak flows arrived, and timed their releases to add water to the river after the peak had started to recede to avoid flooding concerns.”

These high flow augmentations are carefully planned and coordinated between multiple agencies and organizations to not cause flooding or damage down stream but the important thing is that they also provide a benefit for endangered fish.

“Spring runoff provides several important benefits to the native fish, including spawning cues for some native species, cleaning of cobble bars used as spawning habitat, and other in-channel habitat improvements,” Anderson explained. “Coordinating the bypasses from the reservoirs provides more in-channel habitat improvements than could be achieved if each reservoir operator made all their operational decisions separately.”

Interestingly, the efforts seem to be effective because fish native to the Colorado River have evolved for fast flowing, turbid river conditions, while most non-native fish haven’t. The flows do also typically benefit cold-water sport fish like trout, but these fish are upstream of the habitat of the native warm water species, like those found near Grand Junction. Don Anderson was quick to remind me that although these flow augmentation efforts benefit native fish, they’re not enough on their own.