Cold and Snow in South America 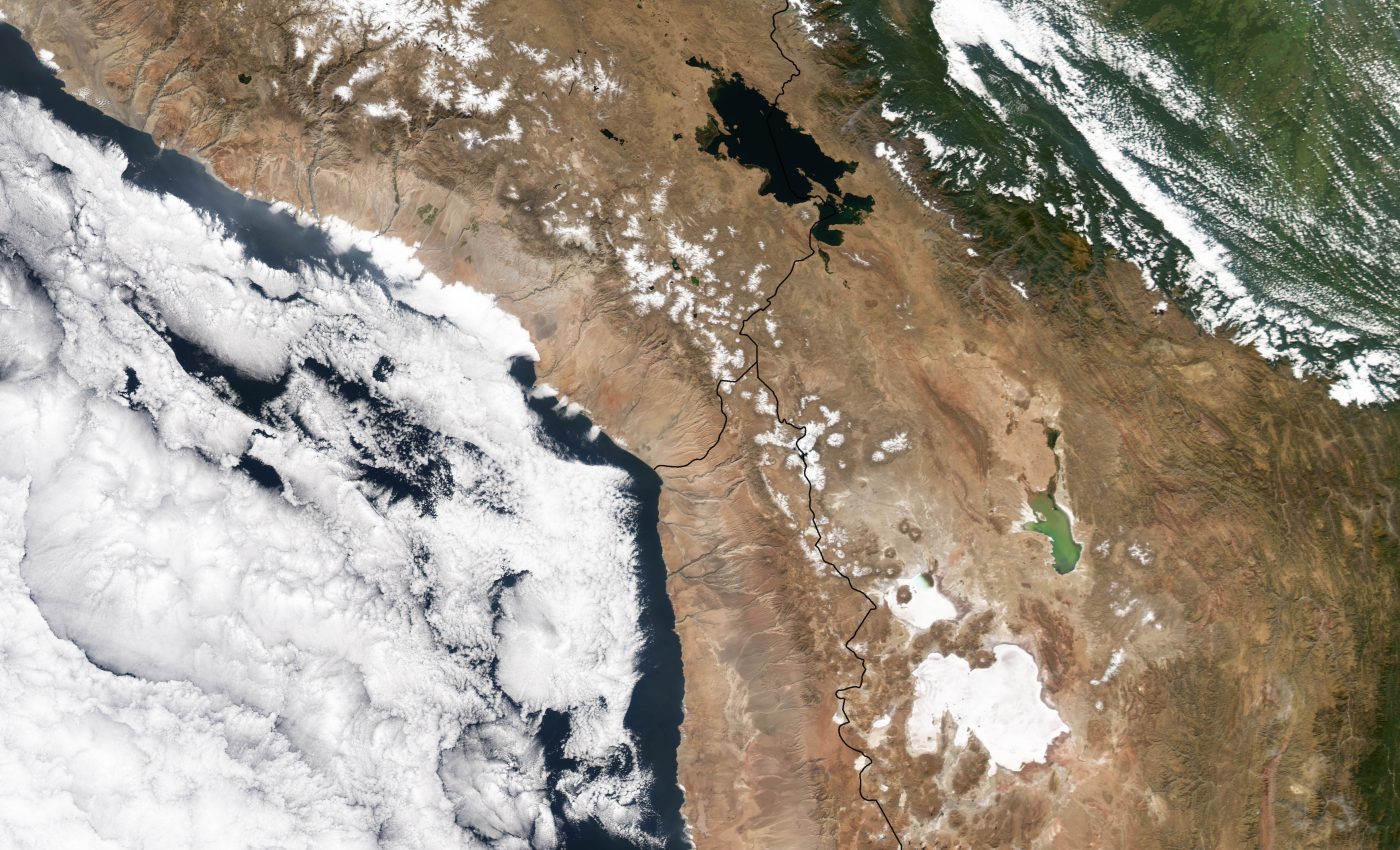 Cold and Snow in South America. As winter settles over the Southern Hemisphere, South America has been lashed with snow, heavy rain and intense cold since the final week of June 2004. In southern Peru, heavy snow has collapsed hundreds of homes and buildings, and killed over 75,000 farm animals. The country is struggling to provide emergency provisions to people in the poverty-stricken region, many of whom are being treated for cold-related illnesses such as pneumonia. In many mountain regions, the temperature has plummeted to -20 Celsius (-4 Fahrenheit). The cold weather also caused deaths in Argentina and Chile. Unusually cold temperatures, down to -7 Celsius (19.4 Fahrenheit), chilled southern Brazil.
This Moderate Resolution Imaging Spectroradiometer (MODIS) image shows the snow in the mountains of southern Peru and northern Chile and Bolivia. Unlike the clouds that litter the scene, the snow clings to the contours of the mountain peaks. The image was acquired on July 13, 2004, by MODIS on NASA’s Aqua satellite. South America is a continent in the Western Hemisphere, mostly in the Southern Hemisphere, with a relatively small portion in the Northern Hemisphere. It may also be considered a subcontinent of the Americas, which is how it is viewed in the Spanish and Portuguese-speaking regions of the Americas. The reference to South America instead of other regions (like Latin America or the Southern Cone) has increased in the last decades due to changing geopolitical dynamics (in particular, the rise of Brazil)