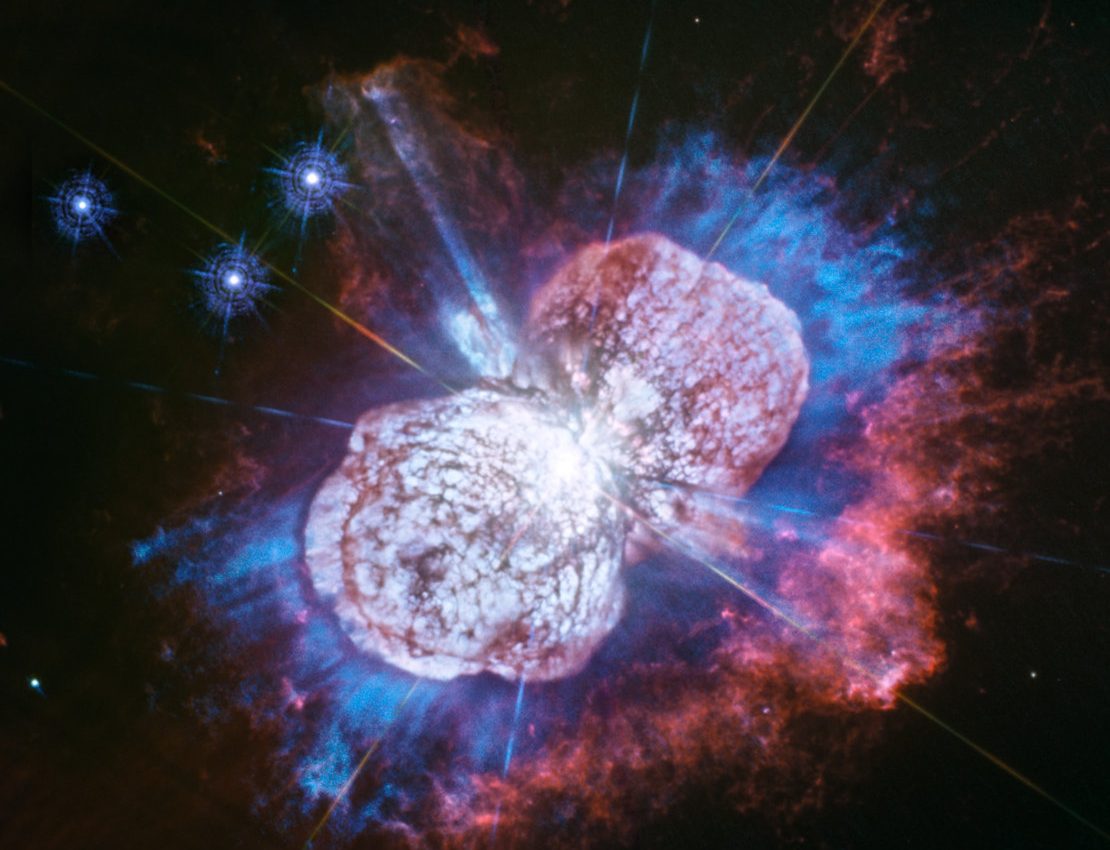 Cosmic fireworks captured in high resolution. Today’s Image of the Day from the European Space Agency features the highest resolution image of Eta Carinae ever taken by the Hubble Space Telescope.

Eta Carinae, which is located 7,500 light years from the Earth, is essentially a massive pair of stars that are between one and five million times brighter than the sun.

The gases exploding throughout this distant stellar system can be seen glowing in red, white, and blue.

The image was captured using ultraviolet light and is providing scientists with brand new details about the behavior of the star system. NASA’s view.

Space is the boundless three-dimensional extent in which objects and events have relative position and direction. Physical space is often conceived in three linear dimensions, although modern physicists usually consider it, with time, to be part of a boundless four-dimensional continuum known as spacetime. The concept of space is considered to be of fundamental importance to an understanding of the physical universe. However, disagreement continues between philosophers over whether it is itself an entity, a relationship between entities, or part of a conceptual framework.
Debates concerning the nature, essence and the mode of existence of space date back to antiquity; namely, to treatises like the Timaeus of Plato, or Socrates in his reflections on what the Greeks called khôra (i.e. “space”), or in the Physics of Aristotle (Book IV, Delta) in the definition of topos (i.e. place), or in the later “geometrical conception of place” as “space qua extension” in the Discourse on Place (Qawl fi al-Makan) of the 11th-century Arab polymath Alhazen. Many of these classical philosophical questions were discussed in the Renaissance and then reformulated in the 17th century, particularly during the early development of classical mechanics. In Isaac Newton’s view, space was absolute—in the sense that it existed