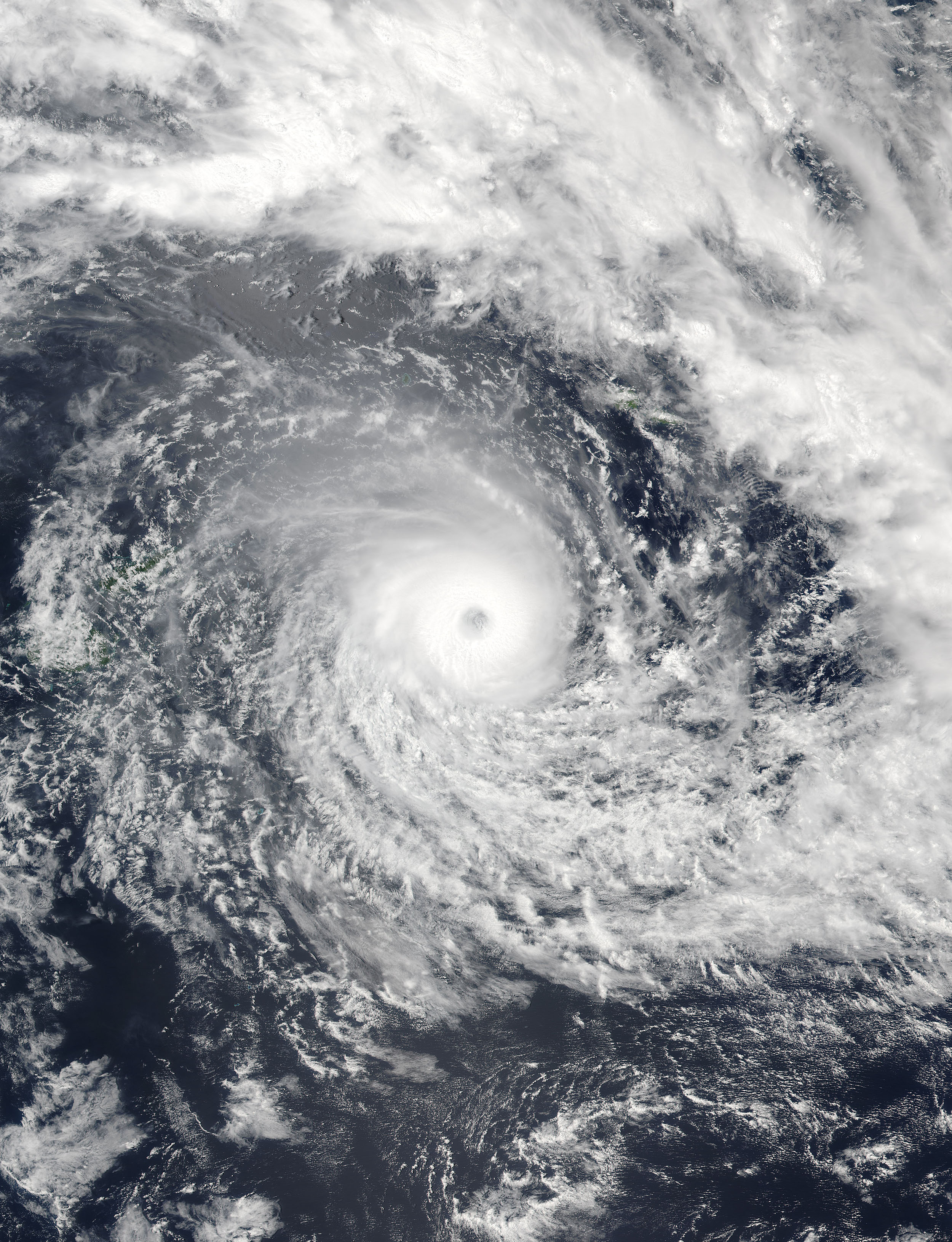 Cyclone Winston Heads Towards Fiji. Residents of the South Pacific island nation of Fiji are bracing for landfall from an intense tropical cyclone. Forecasters warned that the storm known as cyclone Winston could arrive on the main island of Viti Levu with sustained category 4 winds. It could be the strongest storm to cross the island since local meteorological records were first kept in 1941.NASA view

At 1:15 p.m. Fiji time (01:15 Universal Time) on February 19, 2016, the Visible Infrared Imaging Radiometer Suite (VIIRS) on Suomi NPP acquired this natural-color image of Tropical Cyclone Winston between several tropical Pacific islands. At the time, the storm had sustained winds of 110 knots (125 miles or 200 kilometers per hour). Eighteen hours later, winds had intensified to 145 knots (165 mph or 270 kmph), a category 5 storm.

The latest forecast from the Joint Typhoon Warning Center had the storm moving due west, with landfall on Viti Levu late on February 20 or early on February 21. The island is home to more than 600,000 people and the national capital, Suva. The storm track from the east to west is unusual, according to Brian Kahn of WXshift/Climate Central. Nearly all cyclones in recent records have approached Fiji from the west.