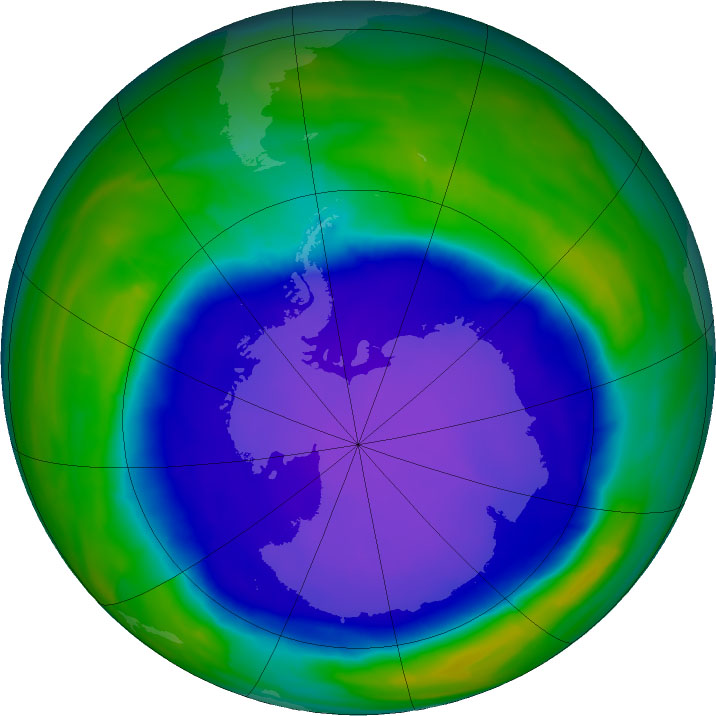 The ozone “hole” is not literally a hole; rather, the phenomenon is defined as the area where the concentration of ozone drops below the historical threshold of 220 Dobson Units. In the image above, those areas are purple and blue.

While the ozone hole area was large in 2015, the size was consistent with what scientists know about ozone depletion and chemistry. According to NASA atmospheric scientist Paul Newman, there are still plenty of ozone-depleting chlorine and bromine compounds present in the stratosphere. Moreover, the lower stratosphere was colder than in previous years, which creates favorable conditions for ozone-depleting chemical reactions.