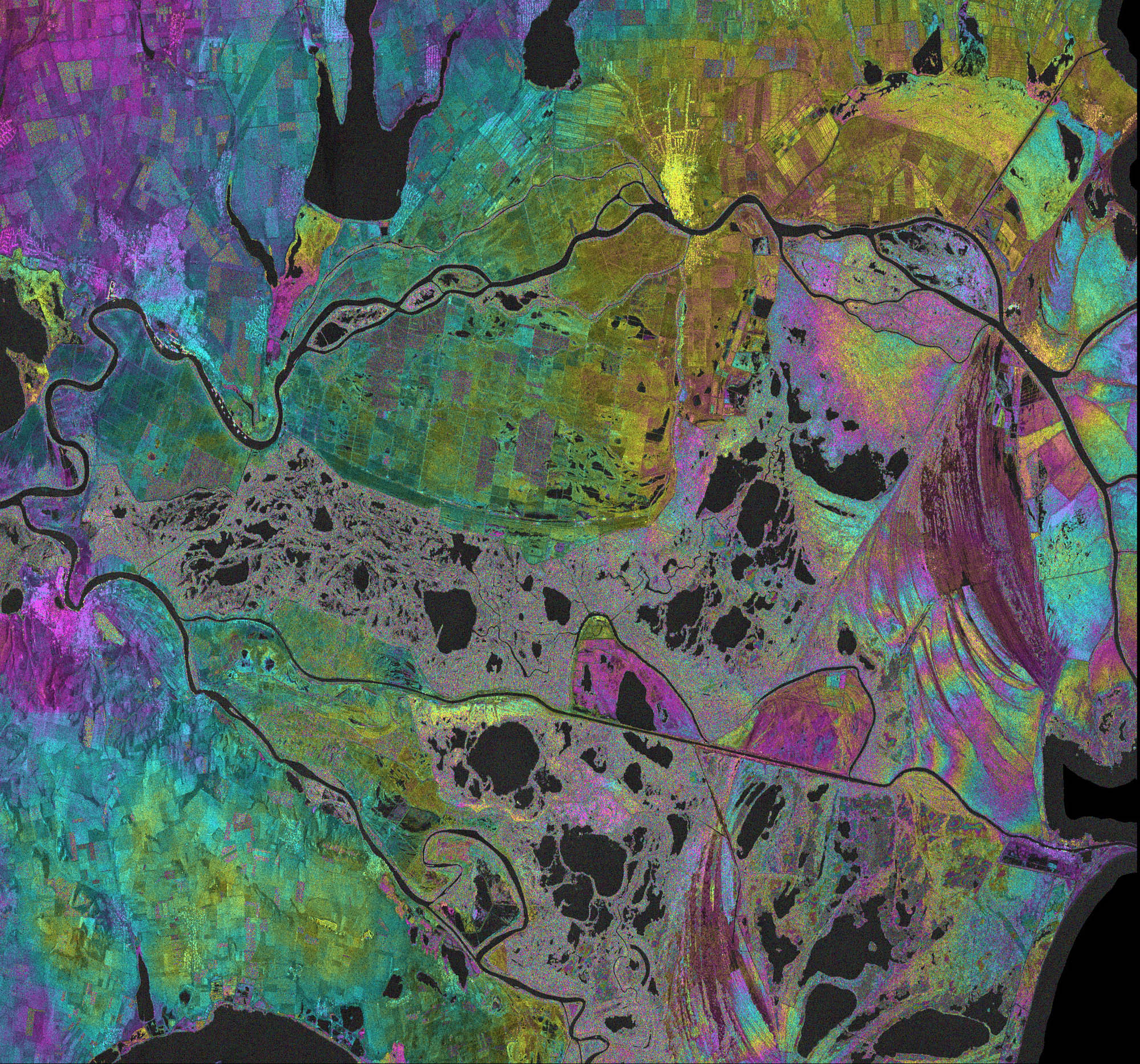 Danube Delta In Romania. Interferogram created by combining two Sentinel-1A radar scenes from 2 and 14 March 2015 over the Danube Delta in Romania.Romania (/roʊˈmeɪniə/ (listen) ro-MAY-nee-ə; Romanian: România [romɨˈni.a] (listen)) is a country located at the crossroads of Central, Eastern, and Southeastern Europe. It has borders with the Black Sea to the southeast, Bulgaria to the south, Ukraine to the north, Hungary to the west, Serbia to the southwest, and Moldova to the east. It has a predominantly temperate-continental climate.

With a total area of 238,397 square kilometers (92,046 square miles), Romania is the 12th largest country and also the 7th most populous member state of the European Union, having almost 20 million inhabitants. Its capital and largest city is Bucharest, and other major urban areas include Cluj-Napoca, Timișoara, Iași, Constanța, Craiova, Brașov, and Galați.
The River Danube, Europe’s second-longest river, rises in Germany’s Black Forest and flows in a general southeast direction for 2,857 km (1,775 mi), coursing through ten countries before emptying into Romania’s Danube Delta. The Carpathian Mountains, which cross Romania from the north to the southwest, include Moldoveanu Peak, at an altitude of 2,544 m (8,346 ft)Modern Romania was formed in 1859 through a personal union of the Danubian Principalities of Moldavia and Wallachia. The new state, officially named Romania since 1866, gained independence from the Ottoman Empire in 1877. Following World War I after declaring its neutrality in 1914.