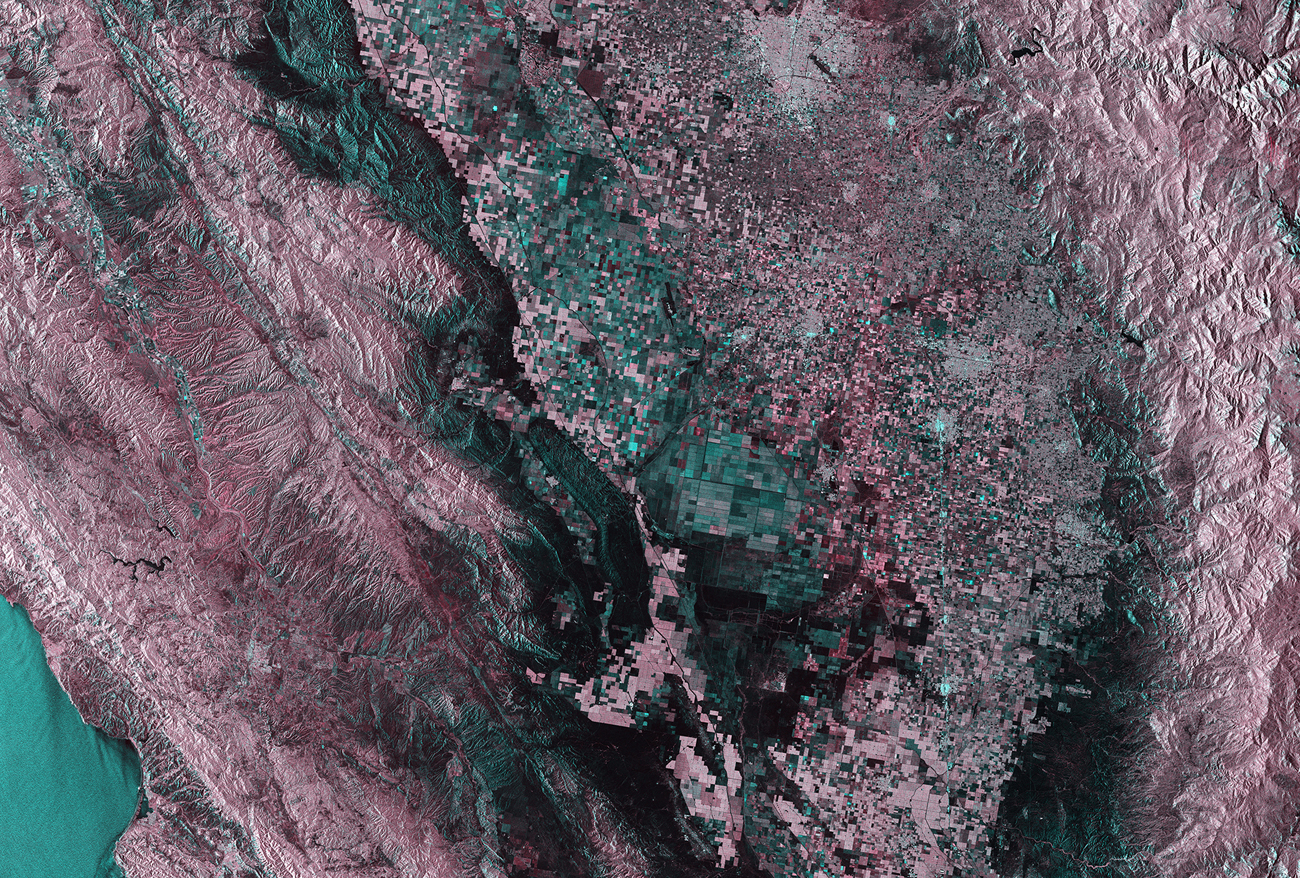 This image captured by Sentinel-1A’s radar on 1 April 2015 shows a central region of California in the US.

The San Andreas Fault – the border between two tectonic plates  – is visible as a somewhat straight line running from the upper-left corner of the image to the bottom centre. The Pacific Plate to the west is moving in a northwest direction, while the North American plate to the east is shifting southeast. This horizontal scraping is happening at up to about 5 cm a year in some parts of the fault. San Andreas Fault, Central California, USA.

The fault is responsible for the high earthquake risk in the area, including the 6.0 magnitude shock that struck the town of Parkfield in 2004.

Surrounding the fault are the mountains of the Southern Coastal Ranges. With a predominantly Mediterranean climate, these mountains have a range of plant communities including oak woodland, mixed evergreen forests and savannahs.

East of the Ranges is the San Joaquin Valley, where we can see the geometric shapes of large-scale agricultural production. Major crops include grapes, cotton, nuts and fruits, with productivity relying on irrigation from surface water diversions and groundwater pumping from wells.

Drought in recent years has led to water shutoffs and cutbacks, severely hindering yields in what was once the country’s most productive agricultural region. San Andreas Fault, Central California, USA shown in image.

Further west along the right side of the image are the foothills of the Sierra Nevada mountains.

This image is featured on the Earth from Space video programme.