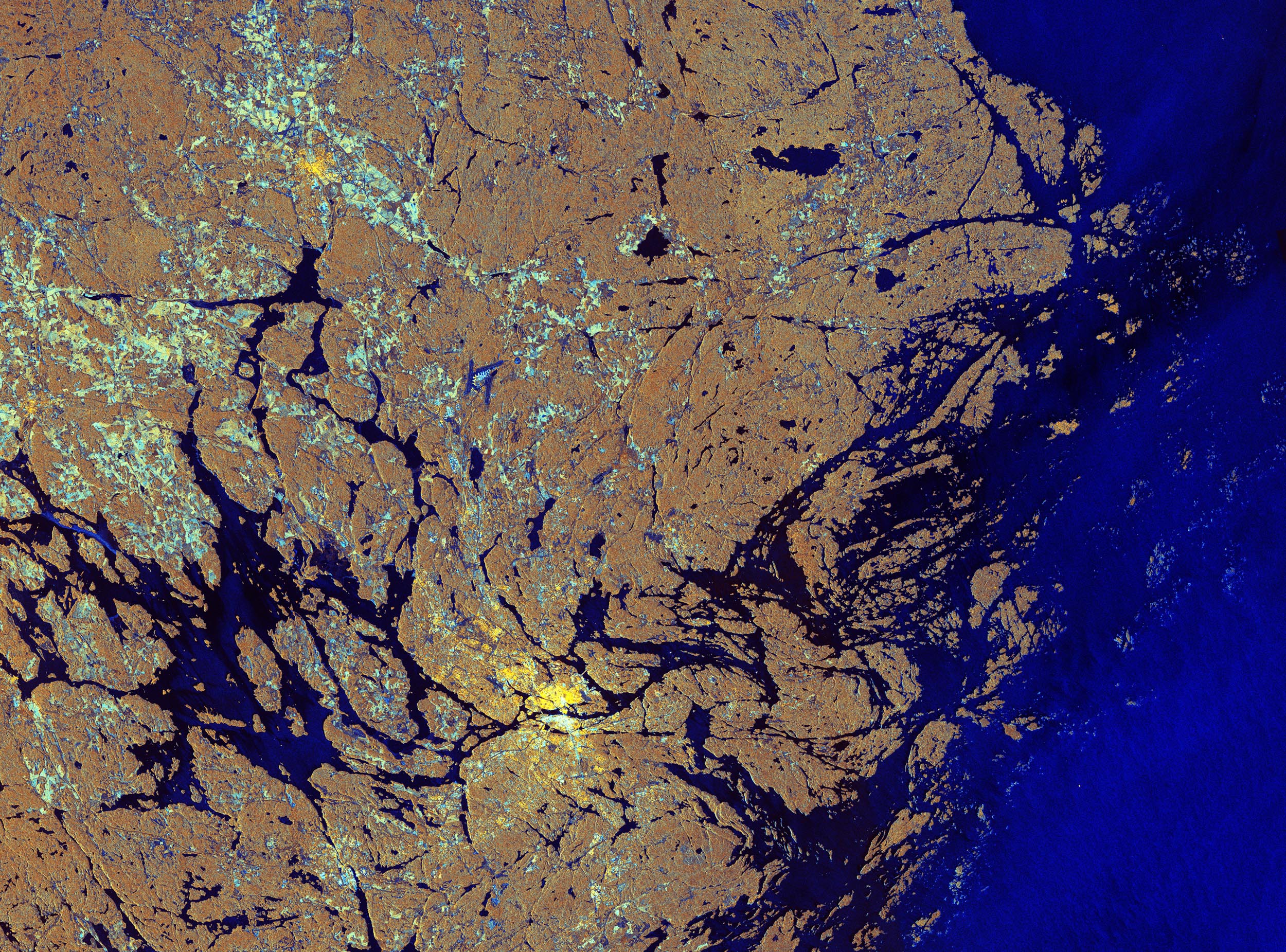 Stockholm, Sweden appears as a cluster of bright yellow radar reflections in the lower section of this image from Sentinel-1A. The satellite captured this image on February 21, 2015 in its Interferometric Wide Swath mode and dual polarization, from which the artificial color composite was generated.

Stockholm (Swedish pronunciation: [ˇstɔkː(h)ɔlm] (listen)) is the capital and most populous urban area of Sweden and Scandinavia. 972,647 people live in the municipality, approximately 1.6 million in the urban area, and 2.4 million in the metropolitan area. The city stretches across fourteen islands where Lake Mälaren flows into the Baltic Sea. Outside the city to the east, and along the coast, is the island chain of the Stockholm archipelago. The area has been settled since the Stone Age, in the 6th millennium BC, and was founded as a city in 1252 by Swedish statesman Birger Jarl. It is also the county seat of Stockholm County.

Stockholm is the cultural, media, political, and economic centre of Sweden. The Stockholm region alone accounts for over a third of the country’s GDP, and is among the top 10 regions in Europe by GDP per capita. It is an important global city,and the main centre for corporate headquarters in the Nordic region.The city is home to some of Europe’s top ranking universities, such as the Stockholm School of Economics, Karolinska Institute and KTH Royal Institute of Technology. It hosts the annual Nobel Prize ceremonies and banquet at the Stockholm Concert Hall and Stockholm City Hall.