Dust Blowing Over the Caspian Sea 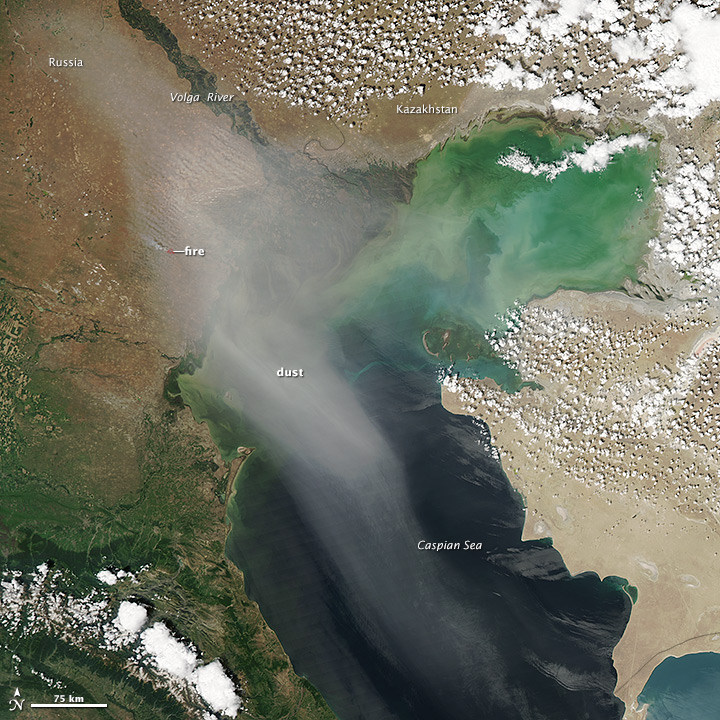 Dune fields west of the Volga River appear to be the source of some of the dust. A longer plume, most likely made of dust from Turkmenistan, is also visible crossing the Caspian Sea.

Covering an area of roughly 371,000 square kilometers (143,200 square miles), the Caspian Sea is the world’s largest salt lake. The water appears green in its shallow northern part, where it has an average depth of just 5 to 6 meters (16 to 20 feet). The southern part of the Caspian Sea is much deeper and appears dark blue.