Floating Forests Off The California Coast 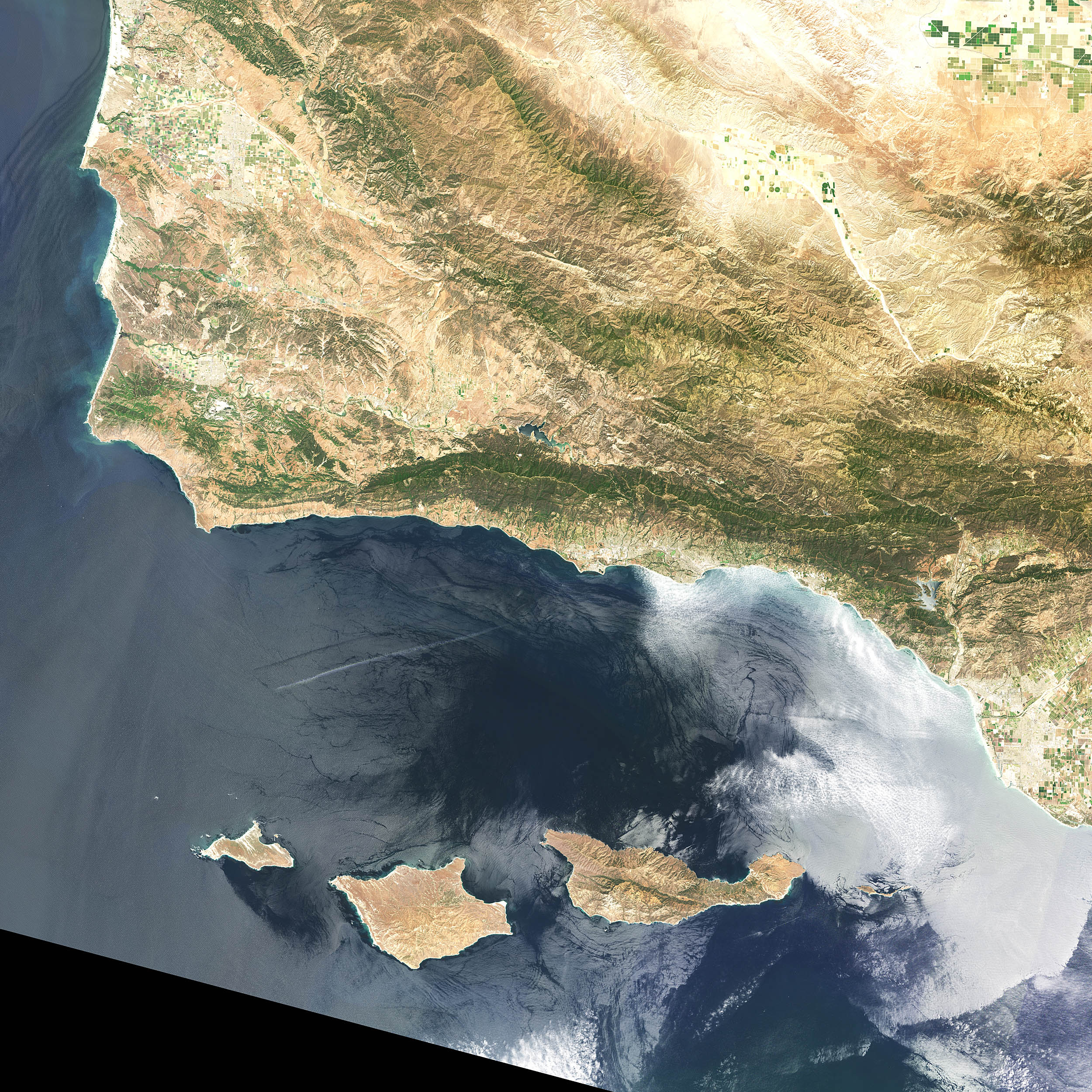 Floating Forests Off The California Coast.If you have ever walked along the California coast, you’ve likely had to navigate around clumps of seaweed. Fathom this: before it was thrown up by the surf and left to dry on the beach, that seeming jetsam was part of a majestic underwater forest just offshore.

Giant kelp floating forests are among Earth’s most productive habitats, and their great diversity of plant and animal species supports many fisheries around the world. The kelp, or Macrocystis, that make up these underwater forests truly are giant. They are the world’s largest marine plants and regularly grow up to 35 meters (115 feet) tall; the largest giant kelp on record stood 65 meters (215 feet) tall. Divers have compared swimming through mature kelp forests to walking through redwood forests.

But unlike redwoods, giant kelp are ephemeral. They live for seven years at most, and often disappear before that because of winter storms or over-grazing by other species. As fishermen know, giant kelp forests can appear and disappear from season to season, from year to year. But is there a long-term trend or cycle at work?

To find out, some researchers have turned to the Landsat series of satellites. The natural color (top) and near-infrared (bottom) images at the top of this page show the kelp-rich waters around California’s Channel Islands, as observed on May 20, 2013, by the Operational Land Imager on Landsat 8. Wave patterns are visible on the water surface in both images, as is the water and wind shadow on the southeast side of San Miguel, where the ocean surface is smoother. The kelp are very difficult to spot in natural color, but a combination of near-infrared and natural color (bands 6-5-4) helps them stand out (second image). Turn on the image comparison tool to highlight the kelp.

Landsat measures the energy reflected and emitted from Earth at many different wavelengths. Knowing how features on Earth reflect or absorb energy at certain wavelengths helps scientists map and measure changes to the surface. The most important feature for the kelp researchers is Landsat’s near-infrared band, which measures wavelengths of light that are just outside of our visual range. Healthy vegetation strongly reflects near-infrared energy, so this band is often used in plant studies. Also, water absorbs a lot of near-infrared energy and reflects little, making the band particularly good for mapping boundaries between land and water.

“The near-infrared is key for identifying kelp from surrounding water,” said Kyle Cavanaugh, a marine biologist who uses remote sensing. “Like other types of photosynthesizing vegetation, giant kelp have high reflectance in the near infrared. This makes the kelp canopy really stand out from the surrounding water.”

The capability of seeing through coastal waters and spotting kelp forests across months, seasons, and years is critical for scientists trying to track changes. Researchers will often study forests by diving into them. But such a view is limited in space and time, and it is subject to foul weather and rough seas—both of which are frequent in winter off the Pacific coast of North America.

To complicate matters, kelp forests have different seasonality depending on where they are. For instance, the forests along the Central California coast are at their maximum size in the fall; in Southern California, they often reach their peak in the winter and spring. Landsat offers a chance to monitor these dynamic habitats more frequently without putting divers at risk. It also allows scientists to look backward since Landsat satellites have made regular measurements since the 1970s.