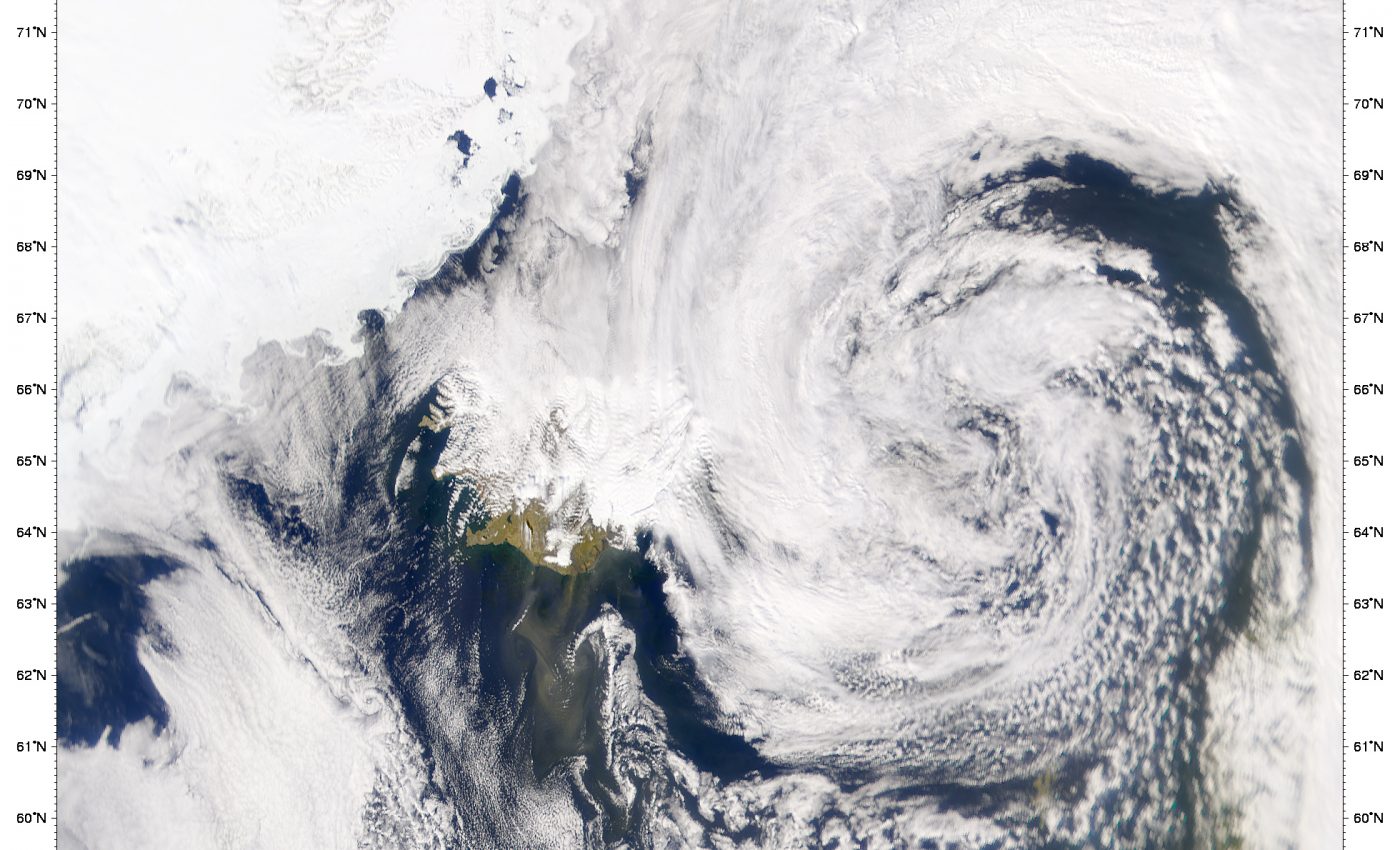 Light brown streamers of dust were blowing southward off the southern coast of Iceland on October 5, 2004. Strong winds pushed by a large low-pressure system to the southeast (not shown in this image) were sweeping the dust off the land and carrying it for more than a hundred kilometers over the North Atlantic. This true-color image was acquired by the Moderate Resolution Imaging Spectroradiometer (MODIS) aboard NASA’s Aqua satellite.

The capital and largest city is Reykjavík, with Reykjavík and the surrounding areas in the southwest of the country being home to over two-thirds of the population. Iceland is volcanically and geologically active. The interior consists of a plateau characterised by sand and lava fields, mountains, and glaciers, and many glacial rivers flow to the sea through the lowlands. Iceland is warmed by the Gulf Stream and has a temperate climate, despite a high latitude almost entirely outside the Arctic Circle. Its high latitude and marine influence keep summers chilly, with most of the archipelago having a tundra climate.

According to the ancient manuscript Landnámabók, the settlement of Iceland began in 874 AD when the Norwegian chieftain Ingólfr Arnarson became the first permanent settler on the island. In the following centuries, Norwegians, and to a lesser extent other Scandinavians, emigrated to Iceland, bringing with them thralls (i.e., slaves or serfs) of Gaelic origin.