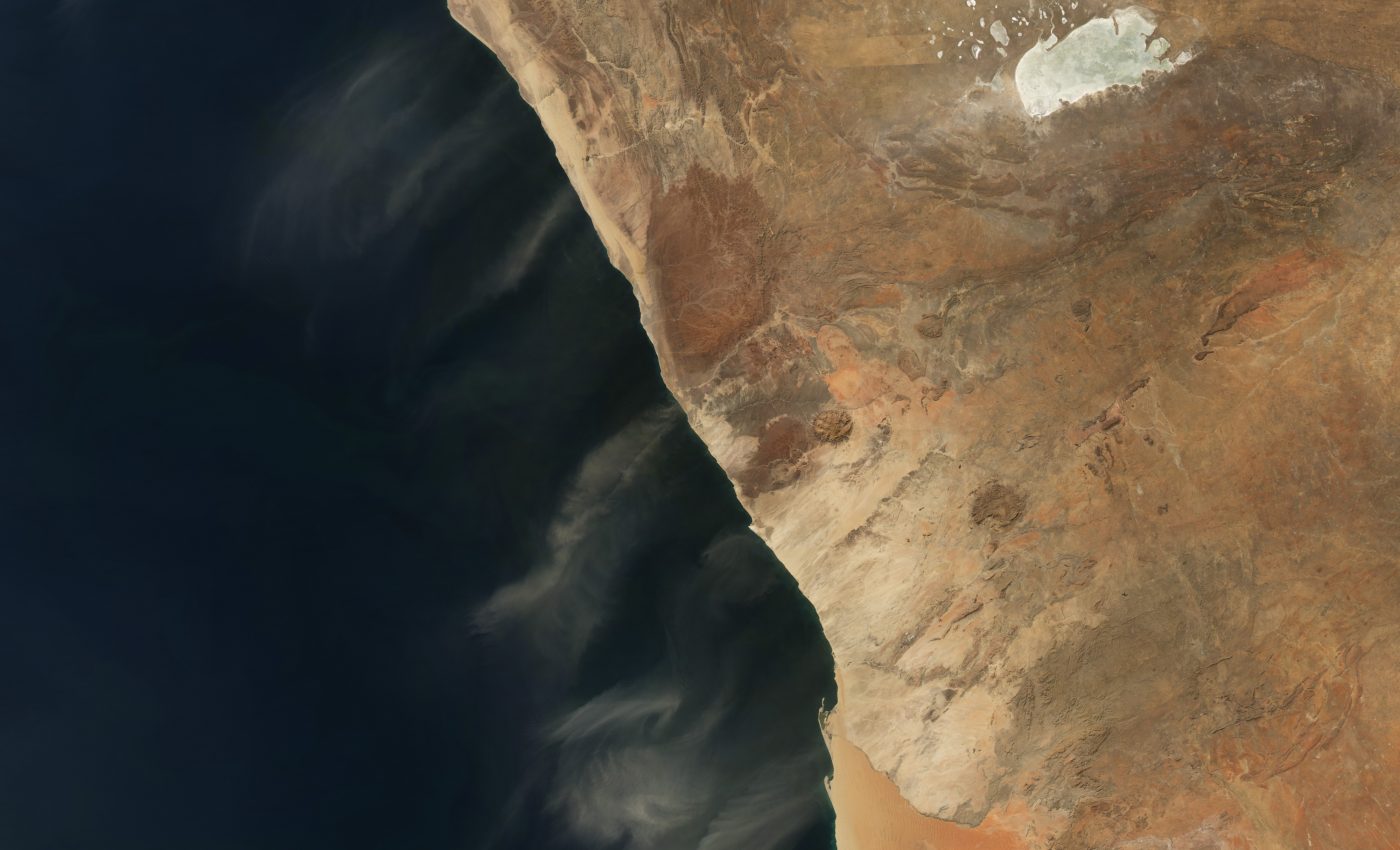 Transparent veils of dust off Namibia’s coast into the southern Atlantic Ocean in this true-color Moderate Resolution Imaging Spectroradiometer (MODIS) image acquired by the Aqua satellite on July 7, 2004. The dust follows the wind arcing toward the south, while above and below white clouds cast black shadows on land and sea. Underneath the clouds, bright orange sand marks the Namib Desert, which is home to some of the tallest sand dunes on the planet—some reaching from 150-300 meters in height, and visible from space in the high-resolution 250-meter image.

Namibia (/nəˈmɪbiə/ (listen), officially the Republic of Namibia, is a country in southern Africa. Its western border is the Atlantic Ocean; it shares land borders with Zambia and Angola to the north, Botswana to the east and South Africa to the south and east. Although it does not border Zimbabwe, less than 200 metres of the Zambezi River separates the two countries. Namibia gained independence from South Africa on 21 March 1990, following the Namibian War of Independence.

Its capital and largest city is Windhoek, and it is a member state of the United Nations (UN), the Southern African Development Community (SADC), the African Union (AU), and the Commonwealth of Nations.

Namibia, the driest country in Sub-Saharan Africa, was inhabited since early times by the San, Damara and Nama people. Around the 14th century, immigrating Bantu peoples arrived as part of the Bantu expansion. Since then, the Bantu groups, the largest being the Ovambo, have dominated the population of the country; since the late 19th century, they have constituted a majority.