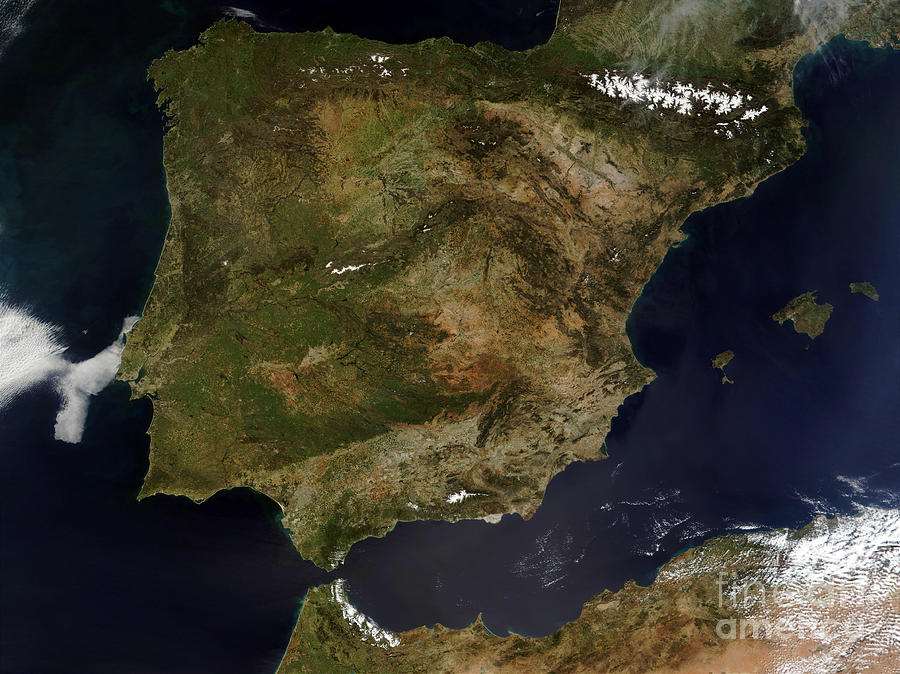 On July 1, 2004, Spain and Portugal right-most three-quarters of the peninsula) and Portugal (left-hand quarter) were in the midst of a blistering heat wave that cost several people their lives. When the Moderate Resolution Imaging Spectroradiometer (MODIS) on the Aqua satellite captured this image (13:35 UTC, or 2:35 p.m. local time in Lisbon, Portugal) cool, sheltering clouds hugged only the northern coastline, while the rest of the country baked in the Sun.

The natural color version of the image shows Spain in light tan, marbled with green vegetation. A few fires have been marked with red dots.

Portugal (Portuguese:  officially the Portuguese Republic (Portuguese: República Portuguesa [ʁɛˈpuβlikɐ puɾtuˈɣezɐ]), is a country located mostly on the Iberian Peninsula, in southwestern Europe. It is the westernmost sovereign state of mainland Europe, being bordered to the west and south by the Atlantic Ocean and to the north and east by Spain. Its territory also includes the Atlantic archipelagos of the Azores and Madeira, both autonomous regions with their own regional governments.