Dust Over the Gulf of Sirte 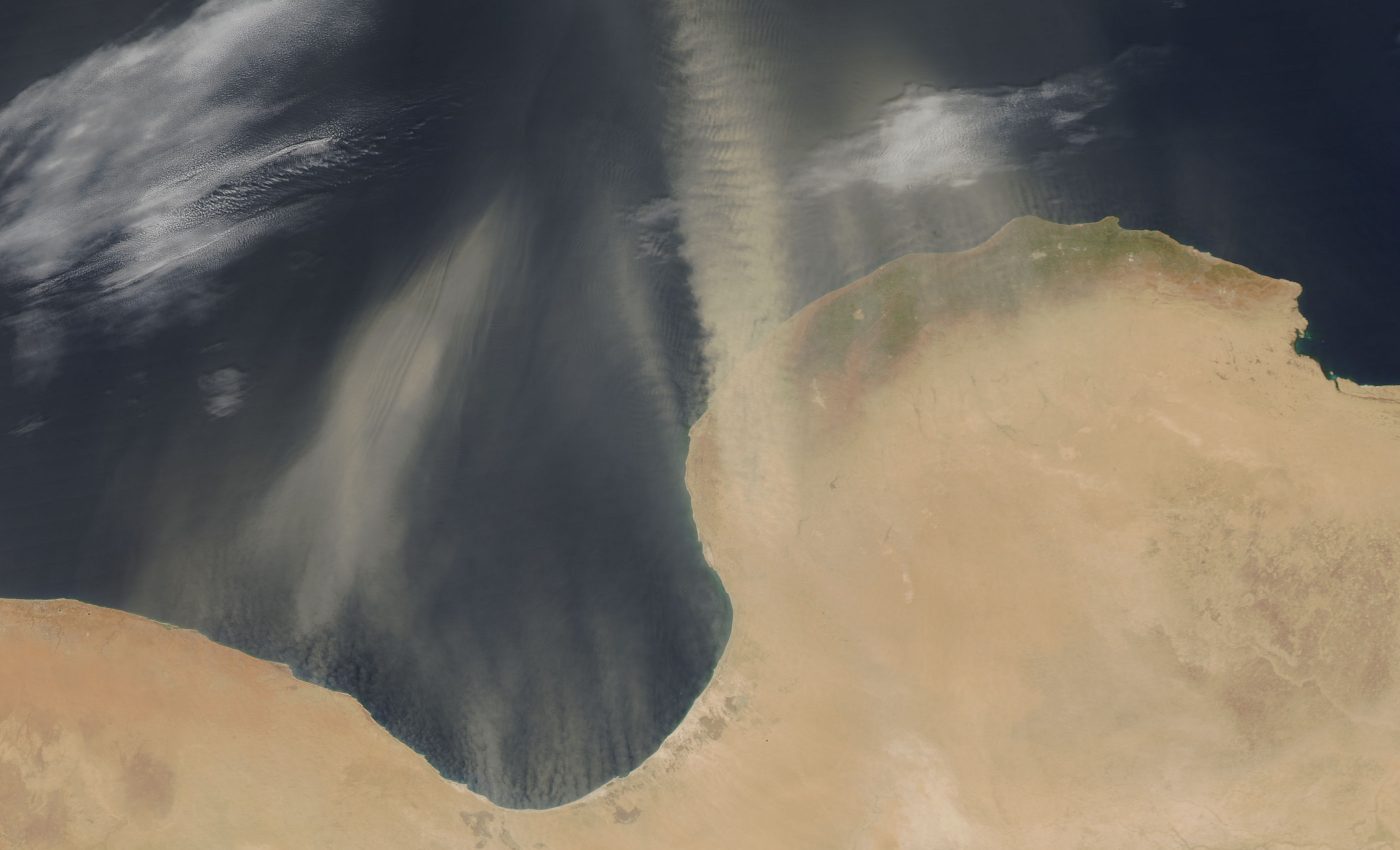 A thick swirl of dust hangs like a tan curtain across northern Libya and the Gulf of Sirte in this Moderate Resolution Imaging Spectroradiometer (MODIS) image from the Aqua satellite captured on May 26, 2004. The dust is spreading out from the Gulf and northward toward the open waters of the Mediterranean Sea.

The high-resolution image provided above is 500 meters per pixel. The MODIS Rapid Response System provides this image at additional resolutions. The Gulf of Sidra or Sirte has been a major centre for tuna fishing in the Mediterranean for centuries. It gives its name to the city of Sirte situated on its western side.

The gulf measures 439 kilometres (273 mi) from the promontory of Boreum (now Ras Teyonas) on the East side to the promontory of Cephalae (Ras Kasr Hamet) on the West. The greatest extension of the gulf inland is 177 kilometres (110 mi) land inward and occupies an area of 57,000 square kilometers.

Syrtis is referred to in the New Testament of the Bible,[5] where the Apostle Paul relates being sent in chains to Rome to stand trial before the Roman emperor, Nero. The crew of his ship was worried about being driven by a storm into Syrtis, and he took precautions to prevent it, but the ship was shipwrecked on the island of Malta, in the Mediterranean Sea.

In ancient literature, the Syrtes (the Greater, or maiores, in the eastern and the Lesser, or minores, in the western part of the Gulf) were notorious sandbanks, which sailors always took pains to avoid. The local climate features frequent calms and a relatively powerful north wind. The shoreline between Cyrene in the east and Carthage in the west featured few ports.