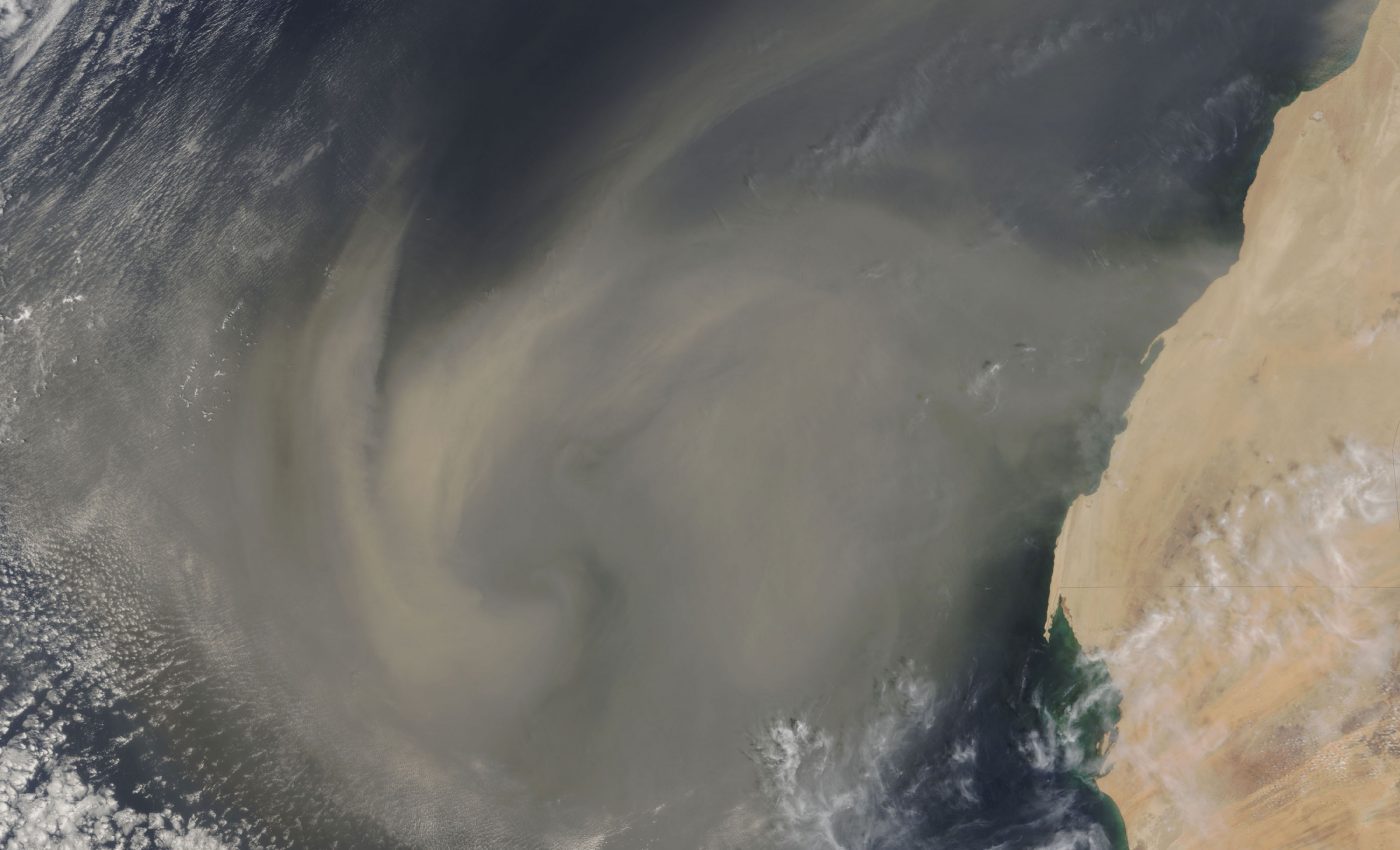 An immense dust storm was blowing over central Africa on March 6, 2004, and was imaged by the Moderate Resolution Imaging Spectroradiometer (MODIS) in a series of consecutive overpasses of NASA’s Aqua satellite. It takes Aqua about 90 minutes to complete its pole-to-pole orbit and to return to an area just west of where it was on its last orbit. The first section of this image to be collected is the one on the far right of the image; the next image swaths were collected at roughly 90-minute intervals.

The dust appears thickest and brightest to the right of center, in a region of Africa known as the Bodele Depression, once the location of a large lake. Now the region is one of the largest sources of wind-blown dust on Earth. On this day, the dust was spread across the Sahel and savanna regions of central Africa, just south of the vast Sahara Desert, nearly hiding the green belt of vegetation in the continent’s middle section. A thick plume of dust reaches thousands of kilometers north over the Atlantic in a graceful arc.

Having trouble appreciating the scale of this event? Imagine this: if it were draped over the United States, it would easily stretch from coast to coast, and even hang off the edges over the Atlantic and Pacific Oceans for a couple hundred additional kilometers. In this image, the storm covers about one-fifth of the Earth’s circumference.

Dust plays a major role in Earth’s climate and biological systems, participating in cloud and raindrop formation, absorbing and reflecting solar energy, and fertilizing ocean ecosystems with iron and other land-based minerals that ocean plants need to grow.

The storm was still evident on March 7, and by March 8, the plume extended almost to South America, the dark green area in the lower left corner.