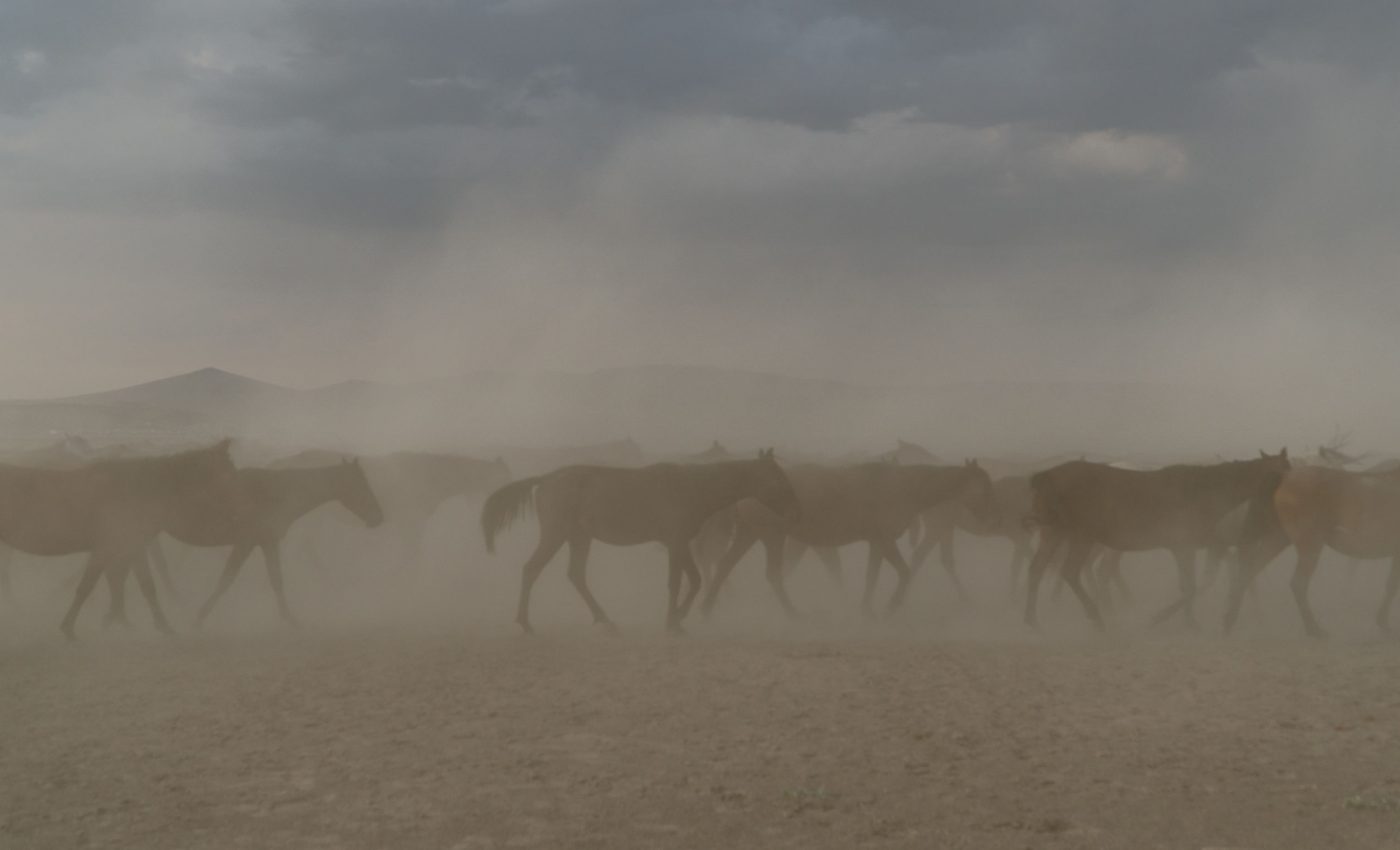 Almost the entire expanse of the dust storm in Taklimakan Desert. Also situated in northwest China, is covered by a massive dust storm in this true-color image acquired on March 10, 2004, by the Moderate Resolution Imaging Spectroradiometer (MODIS) aboard NASA’s Aqua satellite. The tan color of the dust provides some contrast with the much brighter, white clouds in this scene. The dust is being swept slightly westward.

The Taklamakan Desert, also spelled “Taklimakan” and “Teklimakan”, is a desert in southwest Xinjiang in Northwest China. It is bounded by the Kunlun Mountains to the south, the Pamir Mountains and Tian Shan (ancient Mount Imeon) to the west and north, and the Gobi Desert to the east.

Therefore the name may be an Uyghur borrowing of the Persian tark, “to leave alone/out/behind, relinquish, abandon” + makan, “place”. Some sources claimed it means “Place of No Return”, more commonly interpreted as “once you get in, you’ll never get out” or similar. Another plausible explanation suggests it is derived from Turki taqlar makan, describing “the place of ruins” Although Dust Storm in Taklimakan is common the terrain and animals get pushed out.