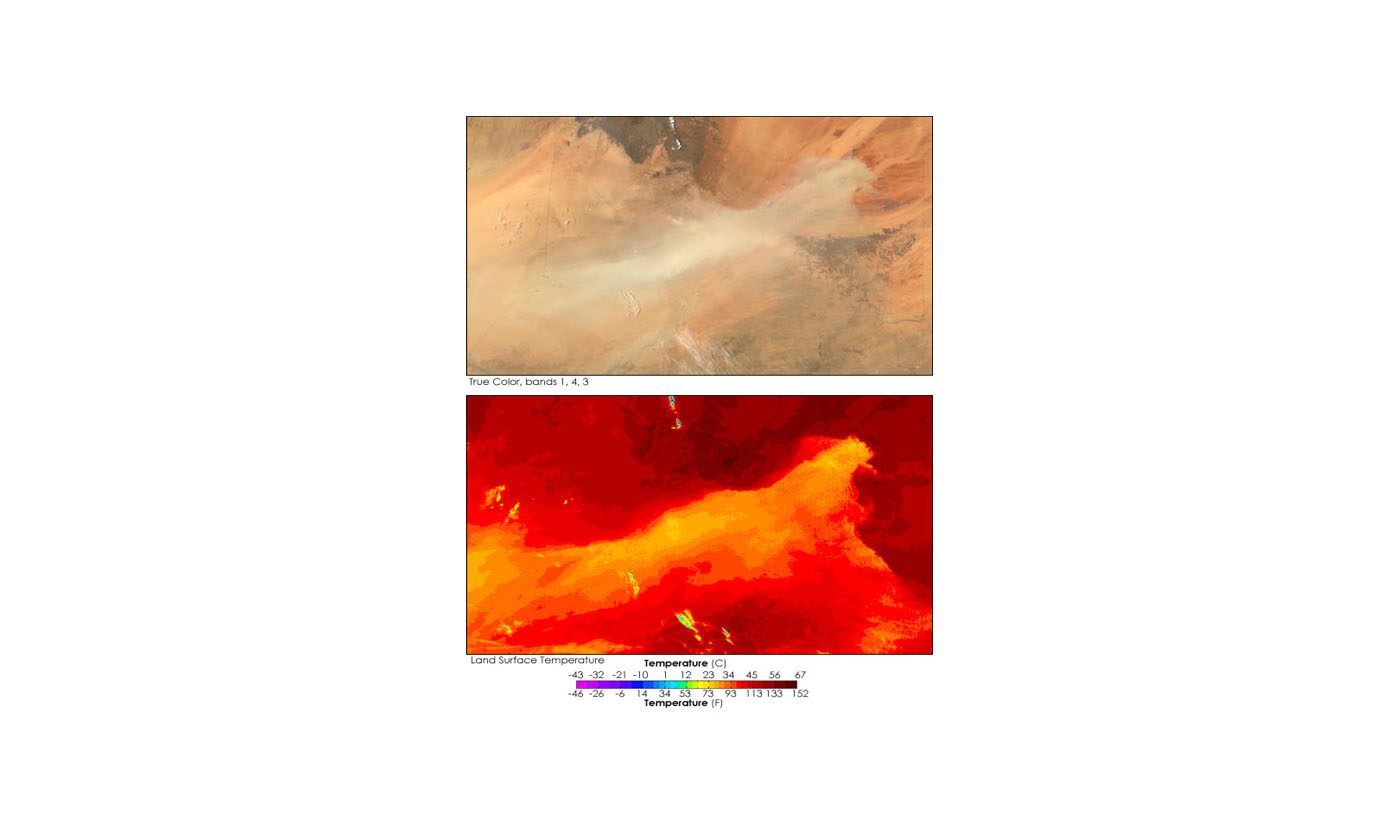 On May 28, 2004, a massive dust storm was sweeping from the northeast corner of Chad to its western border, a distance of roughly 900 kilometers (560 miles). The dust storm appears to be originating in the Depression du Mourdi behind the dark semi-circle of the Ennedi Mountains in northeastern Chad. Near its origin, the airborne dust is easy to see against the darker orange of the ground. As the dust spreads across the country and into Niger in the west, the dust becomes harder to see. The problem is not unique to this image—dust storms are often hard to spot in satellite imagery unless the dust is blown over water or some other feature that is a different color than the dust.

Looking at surface temperatures can make dust storms easier to see. The Moderate Resolution Imaging Spectroradiometer (MODIS) sees the dust, but not the ground beneath it. Lifted by the wind into the cooler atmosphere, the dust is 25 to 30 degrees Celsius cooler than the ground, and it appears as a “cool” streak across the image. The land temperature in this image reaches up to 67 degrees C (150 degrees F) in pockets where the land is darker, and therefore, absorbs more sunlight. Patches of clouds also show up as extremely cold blue regions in the temperature image.