Dust Storm in Mali and Mauritania 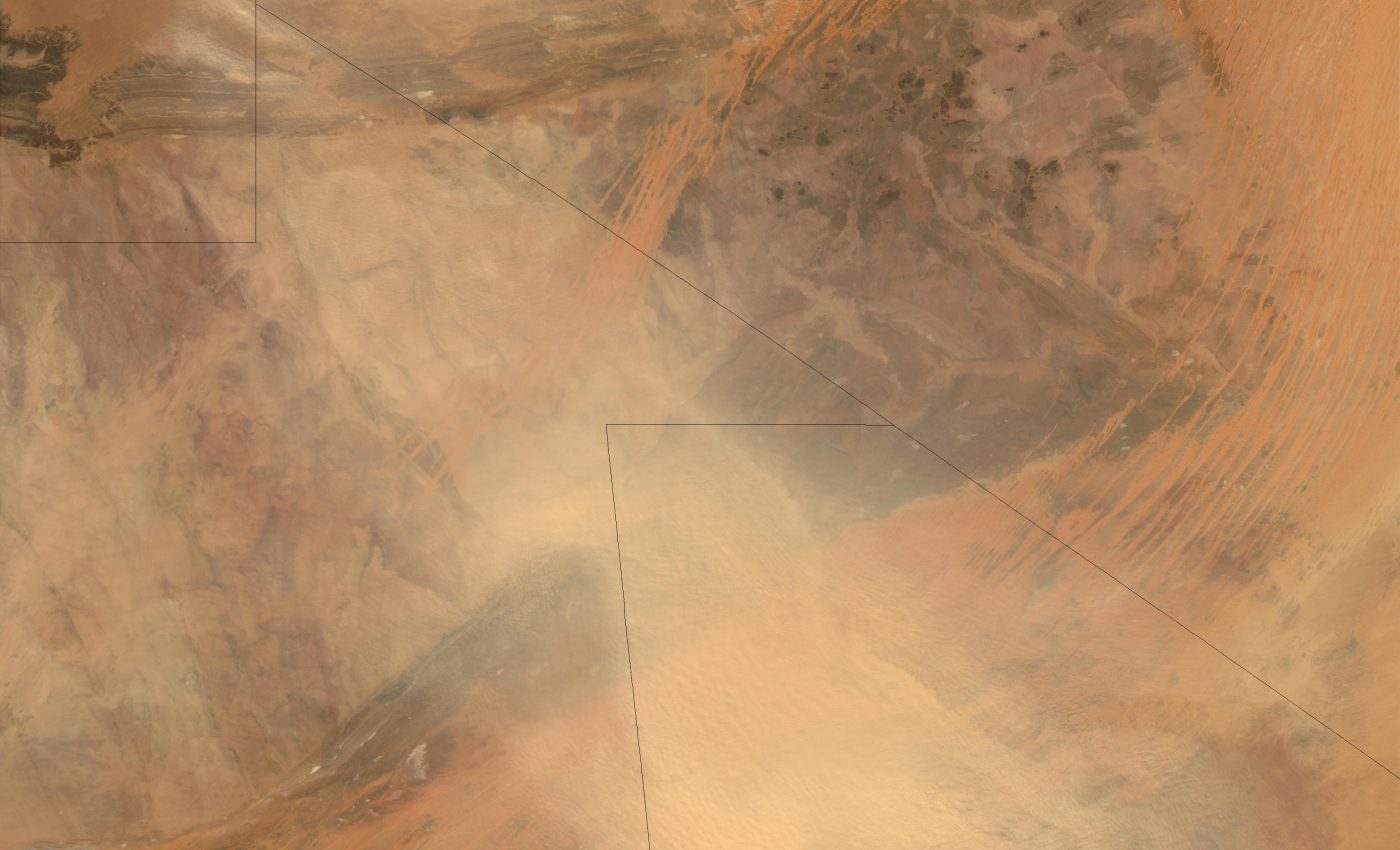 Dust Storm in Mali and Mauritania. This true-color Moderate Resolution Imaging Spectroradiometer (MODIS) image from the Aqua satellite on January 11, 2003, shows the rugged terrain of the Morocco in northwest Africa (top left), as well as (clockwise from Morocco) Algeria, Mali, Mauritania, and Western Sahara. The Sahara Desert, which dominates these countries, displays a diversity of landforms and colors, from the rocky escarpments at the foothills of Morocco’s Atlas Mountains, the orange sand dunes of Algeria and southern Mauritania, to the pale, silver-green traces of ephemeral streams and oases. A dust storm is whipping up sand that obscures northern Mauritania and Mali.

Mali (listen); French pronunciation, officially the Republic of Mali (French: République du Mali), is a landlocked country in West Africa. Mali is the eighth-largest country in Africa, with an area of just over 1,240,000 square kilometres (480,000 sq mi). The population of Mali is 18 million. 67% of its population was estimated to be under the age of 25 in 2017. Its capital is Bamako. The sovereign state of Mali consists of eight regions and its borders on the north reach deep into the middle of the Sahara Desert, while the country’s southern part, where the majority of inhabitants live, features the Niger and Senegal rivers. The country’s economy centers on agriculture and mining. Some of Mali’s prominent natural resources include gold, being the third largest producer of gold in the African continent